Republic Film Distribution will release FATIMA on 29 January 2021 in cinemas across the UK and on digital platforms.

In 1917, outside the parish of Fátima, Portugal, a 10-year-old girl and her two younger cousins witness multiple visitations of the Virgin Mary, who tells them that only prayer and suffering will bring an end to World War I. As secularist government officials and Church leaders try to force the children to recant their story, word of the sighting spreads across the country, inspiring religious pilgrims to flock to the site in hopes of witnessing a miracle. What they experience will transform their quiet lives and bring the attention of a world yearning for peace. 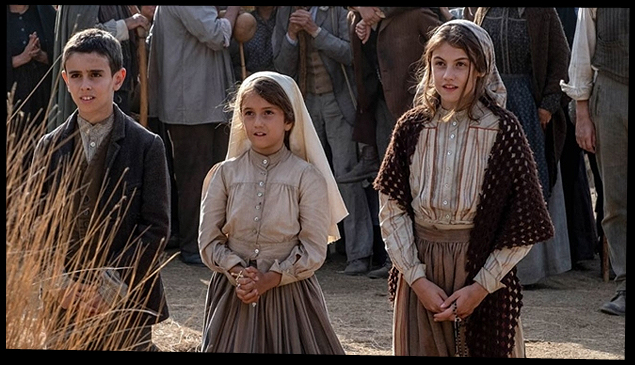 FATIMA is directed by Marco Pontecorvo (Pa-ra-da, “Game of Thrones”) from a script by Pontecorvo, Valerio D’Annunzio and Barbara Nicolosi. Original music is by Paolo Buonvino (Fathers & Daughters, Quiet Chaos) with a new original song performed by Andrea Bocelli. The soundtrack for the film is available to download digitally now and is released by Decca Records.

FATIMA IS RELEASED ON JANUARY 29