ROAD TO THE OSCARS: A Conversation With Filmmaker Aaron M. Abelto About His Oscar Hopes For Short Film EVOKE | The Fan Carpet

ROAD TO THE OSCARS: A Conversation With Filmmaker Aaron M. Abelto About His Oscar Hopes For Short Film EVOKE

Aaron M. Abelto’s new thriller, ‘Evoke’, with its powerful message of family and acceptance, has been making waves in the film industry. Abelto started his career as an actor, but is now best known for writing and directing the 2020 documentary ‘The Power of Movement’. ‘Evoke’ recently began its ‘For Your Consideration’ Oscar campaign in the short live-action category, after Abelto’s previous two films were put forward to be nominated in the feature documentary category. Abelto talks about how he wanted ‘Evoke’ to be more than just a cop buddy drama, and how he’s always striving to meet the high standards of his Hollywood heroes.

Tell us about your short film, ‘Evoke’?
I came up with the concept for ‘Evoke’ a couple of years ago, after finishing my first two films, ‘I Before Thee’ and ‘The Power of Movement’, which are currently streaming on Amazon Prime Video. ‘Evoke’ originated as a cop drama about a father and son crime-fighting duo. But then it transitioned into a mystery thriller about remembrance and acceptance. I felt this was important and topical because of the challenging environment we’re living in at the moment. I finally pitched the idea to my executive producer, Rajesh D. Felix. He gave me the green light to start production and I was elated. Production began in early January 2022 in Miami, Florida.

What’s the message behind the film?
‘Evoke’ follows the journey of detectives Cain and Abel, as they investigate the murder of a young woman. They must work together through their differences to solve the case. The main message behind the film is to cherish every moment as if it was your last, because life can change in a blink of an eye. I wanted to raise awareness of the effects of mental health and acceptance. The story of ‘Evoke’ has helped me understand that we all are connected in this world, and we should not take it for granted. 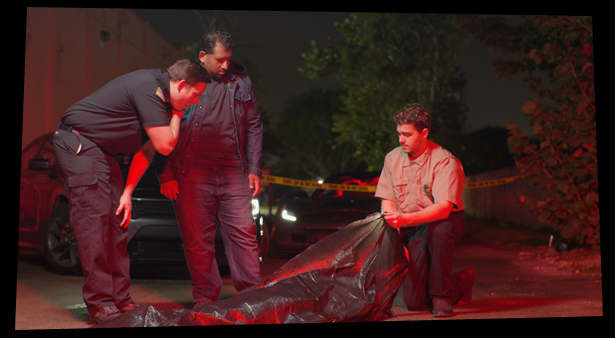