The prestigious RTS Yorkshire Outstanding Contribution Award was presented to “Team Leeds for Channel 4”, recognising the team behind the winning bid that secured Channel 4’s new national headquarters in the Yorkshire region.

Lisa Holdsworth, RTS Yorkshire Vice Chair and Awards Chair, said “It’s been an exciting year for TV production in Yorkshire and that is reflected in the quality of this year’s nominations. We’ve thoroughly enjoyed a night of well-deserved celebration of not just the winners, but of the people and companies who make this region a centre of excellence.”

Judges’ comment on winner “The winning animation was an innovative way of communicating a difficult message. This was a complementary piece that would engage its target audience and lead to effective conversations and discussions.”

Judges’ comment on winner “This returning peak-time Channel 5 show gets better and better with every series. With great characters, excellent story-telling and stunning landscapes, it's a very high-quality series, beautifully shot and edited.” 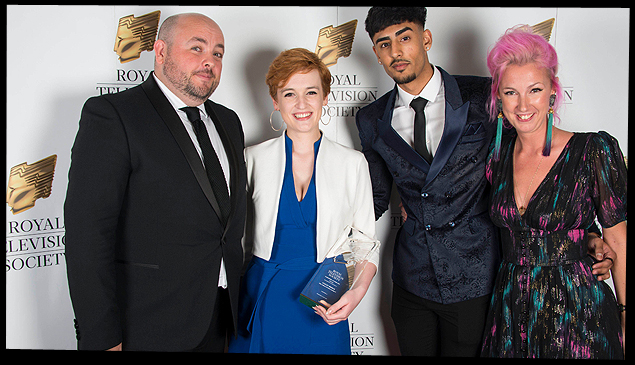 Judges’ comment on winner “The winner was contemporary, relevant and didn’t shy away from issues that others might avoid. It had a good ensemble cast and was well put together.”

Judges’ comment on winner “The Judges were really impressed with this show – it was well made; pitched exactly right tonally for its audience; the graphics were an integral part of the show (not an add one) and the vets are really engaging. It can be hard to get the level right in terms of tone for children, but this show did it beautifully. We particularly liked the squwack alarm! It is also works tonally for adults and thus is a really good family show which - as we all know - is really hard to pull off these days! The judges' decision was unanimous. Well done to the whole team.”

WINNER - The Lakes with Paul Rose BBC Yorkshire for BBC

Judges' comment on the winner “This really impressed the judges for the value on screen for the amount of budget. It was beautifully made; the contributors were excellent; the use of archive was excellent, and the tone was pitched really well. The judges liked the presenter and thought he could do more! This was a gem on the list and the judges' decision was unanimous.”

· Springtime on the Farm Daisybeck Studios for Channel 5 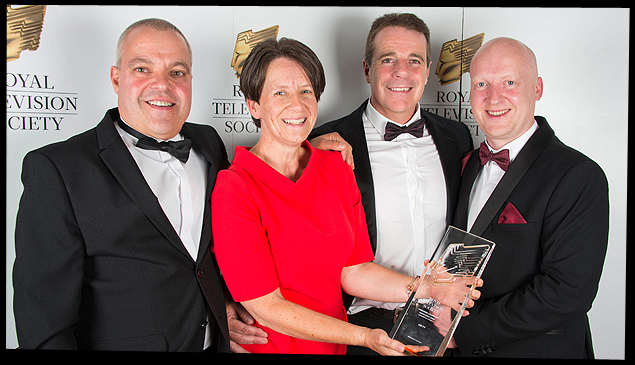 Judges' comment on the winner "It has been an incredible year for Yorkshire’s production companies, making the judging extremely difficult. However, Air TV have gone from strength to strength building on their successes and showing genuine range and adaptability."

Judges’ comment on winner “The jury thought the winner was a dramatic feast with great storytelling and access. It felt fresh and contemporary thanks to its great use of technology, superlative editing and well-pitched commentary. The highest praise was that it looks like a great show to work on.”

· Things We Love About Christmas Daisybeck Studios for Channel 5

Judges’ comment on winner “The judges thought this was a year of exceptionally strong entries. The winner’s reports were consistently strong, authoritative and well crafted. All the stories were told in a clear and compelling way. They were particularly impressed that the reporter chased down a reluctant interviewee in heels!”

WINNER - Ford Investigation Inside Out for BBC Yorkshire

Judges’ comments on the winner “The winner is described by the judges as a strong piece of regional journalism that became a national story and made a difference. Tenacious journalism.”

Judges’ comment on the winner:“The judges were impressed with the commitment to the story over many years and the courage to rip up the running order just hours before going on air when reporting restrictions were lifted, to deliver a whole programme to this one story. A complicated story was told extremely well and with great sensitivity.”

One to Watch, sponsored by Channel 5

Judges’ comment on the winner "Harry has clearly impressed the people he works with, meeting their high production standards and exceeding their expectations. He’s a hard worker with a passion for what he does. A real asset to the industry."

Judges’ comment on the winner “The judges found this a very difficult category to agree a winner because the quality of submissions was very strong. The winner produced creative content which supported the broadcast series in a way that was innovative and entertaining, accurately targeted at its audience.”

· No Filter BBC East Yorkshire and Lincolnshire for BBC 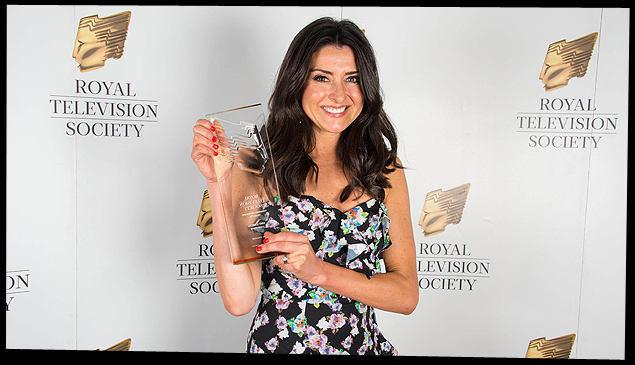 Judges’ comment on the winner “The judges considered that the winner presented a difficult story in a calm and sensitive way. They were on top of their material, took a very delicate, caring approach to interviews, but asked the questions viewers wanted asked.”

Judges’ comment on the winner “From the stunning opening sequence onwards, this was a great entry. The editing could have relied on the pretty pictures, but it still had pace, engagement and great rhythm. The time-lapses between sequences were particularly beautiful and the use of music was perfection.”

WINNER - The Production Team Behind Closed Doors: Through the Eyes of the Child for True Vision Yorkshire for BBC Two

Judges’ comment on the winner “This programme had extraordinary access and handled all the contributors with transparency, honesty and integrity. It gave voice to those often silenced. The production clearly took its duty of care very seriously and strove for authenticity not sensationalism. Outstanding.”

Judges’ comment on the winner “This is an absolutely delightful film which was stunningly shot. The presenter’s enthusiasm was contagious, and its production values were phenomenally high.”

· Behind Closed Doors: Through the Eyes of the Child True Vision Yorkshire for BBC Two

Use of Music and Sound

Judges’ comment on the winner “The 30 seconds of this advert was perfectly complemented by the clever brass band music which was both contemporary and traditional. Yorkshire through and through.”

· M1: The Road That Made Britain Theme The Firm for Channel 5

Judges’ comment on the winner “The judges are delighted to be recognising the considerable efforts of the team that brought Channel 4 to our region. RTS Yorkshire sees this as a game-changer moment and is thrilled to express its gratitude to the people who together delivered this brilliant outcome.”