Shudder, AMC Networks’ premium streaming service for horror, thriller and the supernatural, has acquired rights to psychological horror Speak No Evil ahead of its world premiere at the Sundance Film Festival. An official selection of Sundance Midnight, Speak No Evil is written and directed by Christian Tafdrup (A Horrible Woman) and is set for release in North America, the United Kingdom and Ireland in late 2022.

“Speak No Evil is a bold entry into the genre for writer/director Christian Tafdrup that expertly blends terror, humor and the mundanities of human interaction,” said Craig Engler, general manager of Shudder. “We can’t wait to transport our members to the Dutch countryside for a casual weekend of psychological twists and shocking turns.”

Said Christian Tafdrup, “I am delighted to team up with Shudder as our distribution partner for Speak No Evil — I am so looking forward to meeting the U.S. audiences with this film, and appreciate the great passion and ambitions of the Shudder team.” 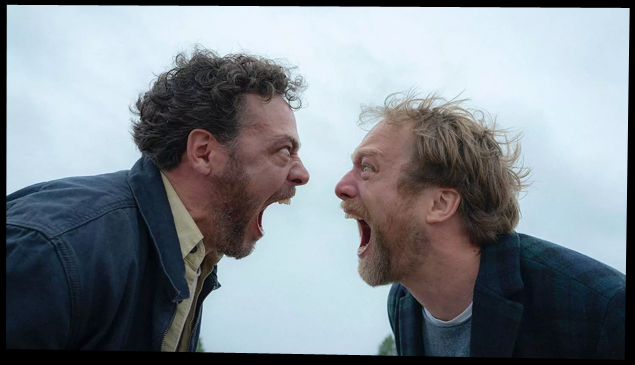 In Speak No Evil, on a vacation in Tuscany, two families – one Danish, one Dutch – meet and become fast friends. Months later, the free-spirited Dutch family extends an invitation to the more conservative Danish one for a holiday weekend getaway at their countryside home. However, it doesn't take long before things gradually get out of hand as the joy of reunion is replaced with misunderstandings. The Dutch hospitality quickly turns unnerving for the Danes, and they find themselves increasingly caught in a web of their own politeness in the face of eccentric…or is it sinister…behavior.

Written by Tafdrup and his brother, Mads Tafdrup (A Horrible Woman), Speak No Evil stars Morten Burian and Sidsel Siem Koch as the Danish couple, Bjørn and Louise, as well as Fedja van Huêt and Karina Smulders as the Dutch couple, Patrick and Karin.

Speak No Evil is Tafdrup’s first genre film and was presented as part of Works-in-Progress at the Gothenburg (Göteborg) Nordic Film Market 2021. The acquisition deal was negotiated by Emily Gotto, VP, Global Acquisitions & Co-Productions on behalf of Shudder and Susan Wendt, Managing Director of TrustNordisk (Another Round) on behalf of the filmmakers.

ABOUT SHUDDER
AMC Networks’ Shudder is a premium streaming video service, super-serving members with the best selection in genre entertainment, covering horror, thrillers and the supernatural. Shudder’s expanding library of film, TV series, and originals is available on most streaming devices in the US, Canada, the UK, Ireland, Germany, Australia and New Zealand.