Sir Michael Palin Is Set to Join Sir David Attenborough At The World Pemiere of DAVID ATTENBOROUGH: A LIFE ON OUR PLANET | The Fan Carpet

Sir Michael Palin Is Set to Join Sir David Attenborough At The World Pemiere of DAVID ATTENBOROUGH: A LIFE ON OUR PLANET

A new portrait of Sir David Attenborough has been revealed today as the artwork for his upcoming feature film, David Attenborough: A Life On Our Planet. The film will launch with a world premiere on Thursday 16 April 2020, broadcast live from The Royal Albert Hall in London to cinemas across the UK and internationally. It has also been announced that Sir David will be joined live on stage at the one-night-only event for a special Q&A with fellow legendary broadcaster, Sir Michael Palin. 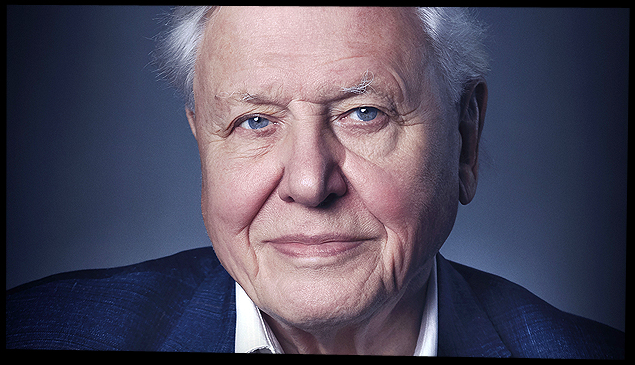 Renowned for his role as a member of the Monty Python comedy troupe, Palin’s career as an actor, writer, comedian and television presenter spans over 50 years and countless recognitions, including his BAFTA-winning performance in A Fish Called Wanda. A pioneer in global travel and exploration, his successful travel series and accompanying books include Around The World in 80 Days, Pole to Pole, Full Circle, and Hemingway Adventure.

Commenting on his involvement at the upcoming film premiere, Palin said “David and I have spent much of our careers exploring life on our planet. During this time, we’ve not only seen the drastic transformation of the natural world as we once knew it but have also witnessed the evolution of modern broadcasting and its ability to connect people with the one home we all share.”

Attenborough and Palin have worked together in the past on projects such as the 2002 BBC documentary Life on Air, which profiled Attenborough’s 50 years in television.

Palin added, “I share David’s passion and desire to protect our planet for future generations and look forward to joining him on stage to discuss this powerful and personal film.”

David Attenborough: A Life On Our Planet has been produced by award-winning wildlife film-makers Silverback Films and global environmental organisation WWF. The remarkable new feature documentary is Attenborough’s witness statement for the natural world, in which he reflects on the defining moments of his lifetime as a naturalist and reveals the solutions to help save our planet from disaster.

Tickets are now on sale for cinemas across the UK, as well as the Netherlands, Iceland, Ireland, Norway, Sweden, Denmark, Finland, Australia and New Zealand, to find your local cinema and to register for updates click here!

David Attenborough: A Life On Our Planet Film Page

DAVID ATTENBOROUGH: A LIFE ON OUR PLANET WILL BE RELEASED GLOBALLY ON NETFLIX THIS SPRING

David Attenborough: A Life On Our Planet will be broadcast live in cinemas on 16 April 2020. It will be available in cinemas across the UK, as well as the Netherlands, Iceland, Ireland, Norway, Sweden, Denmark, Finland, Australia and New Zealand. The film will then be released on Netflix in spring 2020.

Head to the site for more information and to find your local cinema.

Please note: tickets for the world premiere event at the Royal Albert Hall in London have now sold out.

ABOUT WWF
WWF (World Wide Fund for Nature) is one of the world’s largest independent conservation organisations, active in nearly 100 countries. Our supporters – more than five million of them – are helping us to restore nature and to tackle the main causes of nature’s decline, particularly the food system and climate change. We’re fighting to ensure a world with thriving habitats and species, and to change hearts and minds so it becomes unacceptable to overuse our planet’s resources.

WWF. For your world.

ABOUT SILVERBACK FILMS
Silverback Films specialises in the production of high-quality wildlife films for both television and cinema. Formed in 2012 by Alastair Fothergill and Keith Scholey, Silverback Films brings together a world class team of wildlife film makers to create the highest quality natural history films. Its productions include cinema films for Disneynature, African Cats, Chimpanzee, Bears, Monkey Kingdom and Dolphin Reef and television series North America (Discovery) The Hunt (BBC) and Our Planet (Netflix).

Since launching in 2013 Altitude Film Distribution have proudly supported talented filmmakers and given their films the dynamic and bold releases they deserve in the UK and Ireland.

To date Altitude have championed over 100 films, ranging from the Academy and BAFTA Award winning Moonlight, 20 Feet From Stardom, Amy, I Am Not Your Negro and through to critically acclaimed The Florida Project, Lady Macbeth, Beast, The Rider, Whitney and more.