Beatles legend and producer Sir Paul McCartney was joined by friends and family at London’s Cineworld Leicester Square, for an exclusive 100 minute preview of Peter Jackson’s new docuseries THE BEATLES: GET BACK. 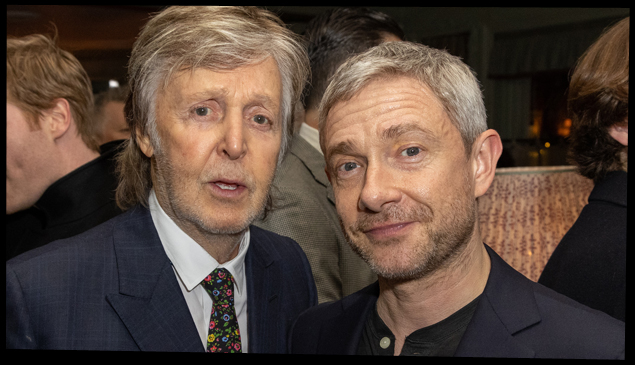 Other VIP guests at the event included Martin Freeman, Stephen Merchant, Terry Gilliam, Sanjeev Bhaskar, director Paul Greengrass and physicist Brian Cox.  “The Beatles: Get Back” is a three-part Disney+ original docuseries, directed by Peter Jackson. Made entirely from never-before-seen, restored footage, it provides the most intimate and honest glimpse into the creative process and relationship between John, Paul, George, and Ringo ever filmed.  Be sure to watch “The Beatles: Get Back” when it rolls out over three days, November 25, 26, and 27, 2021, exclusively on Disney+.

ABOUT DISNEY+
Disney+ is the dedicated streaming home for movies and shows from Disney, Pixar, Marvel, Star Wars, and National Geographic, along with The Simpsons and much more. In select international markets, it also includes the new general entertainment content brand, Star. The flagship direct-to-consumer streaming service from The Walt Disney Company, Disney+ is part of the Disney Media & Entertainment Distribution segment. The service offers commercial-free streaming alongside an ever-growing collection of exclusive originals, including feature-length films, documentaries, live-action and animated series, and short-form content. With unprecedented access to Disney’s long history of incredible film and television entertainment, Disney+ is also the exclusive streaming home for the newest releases from The Walt Disney Studios. And through Star, it offers the latest from 20th Century Studios, Disney Television Studios, FX, Searchlight Pictures, and more. For more, visit disneyplus.com, or find the Disney+ app on most mobile and connected TV devices.