"I was thrilled when asked to produce action short ‘Officer Down’. After producing a variety of dramas and psychological horrors, this was something I was keen to look at.  I had previously worked with the director, Simon Pearce before as he had edited a couple of my short films.

When he came to me with the script, which he had co-written with Tommy Draper, I was immediately interested. Although I normally focus on female-centric films, I really liked the script and how it challenges the audience, something I always look for in a project." says Producer Emily Haigh. 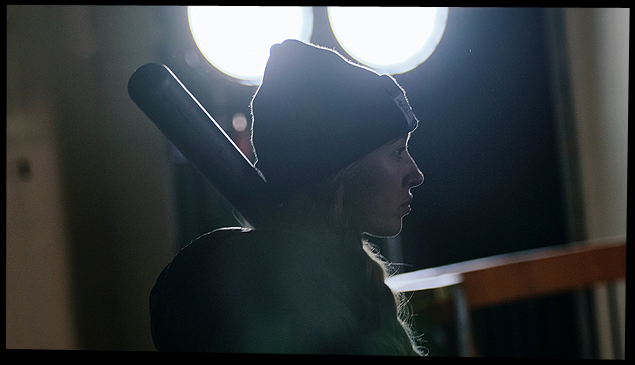 Synopsis
Officer Down follows a young British police officer, Alex Trent, who gets cut off from the rest of his squad during a riot and finds himself trapped in a rundown building, alone with the same people he was sent to help arrest. However, he soon finds out they may not be all he thinks and must overcome his own fears and bias in order to escape.

Emily continued "We managed to secure a wonderful crew, some people I had worked with before on my previous projects, and some brilliant new crew members. We were lucky enough to have Phil Méheux BSC as our cinematographer and Roger Pearce as the camera operator; both of them worked on two James Bond films: Casino Royale and Goldeneye, as well as The Saint and a load of other incredible films. Our cast were amazing, we were so lucky to have them in the film. Martin Delaney had previously worked on Simon’s feature film “Judas Ghost” and had expressed interest in making an action film with Simon. I had worked with Ben Turner years ago on Casualty and have followed his career since. He has such depth and control to his performance I knew he would be perfect for Elijah, we were very fortunate that he said yes! Josef Altin was the last of our leads to be cast, and was absolutely brilliant. In two days Josef had to learn the script and an accent, which he did effortlessly. All of our cast elevated their characters and made choices that were really rememberable. I was thrilled to work again with Fort Nowhere who not only composed the brilliant music for our end credits did the awesome music for The Crown series 3 and 4 trailers.

We began our stunt-design and rehearsals with our fantastic action designer Neil Chapelhow a few months before production working closely with Simon making the fight scenes action packed and gritty. Neil is an amazing addition to any action film!

The main challenge was finding the location for the film. It is so integral to the script and plays such an important role in the film, so we had to try to find the perfect place. We had the wonderful Courtney Mendez from the Location Collective to help us find the location. It’s an old sports hall attached to a shopping centre. We had to move our shoot to December to secure the location, unfortunately that meant our twelve-hour days were reduced to around five or six, due to the daylight hours. Filming in December, the Christmas music almost became part of our sound design! It was an extremely cold in the dilapidated building with lots of stairs. I think everyone ended up doing a leg workout every day. The location was worth it though, it had everything we needed and looked exactly the way we wanted it to. Even is cold conditions the atmosphere was brilliant, everyone came together really quickly which was fantastic to see. It was a fun set and I think the action brought an extra level of energy to the set.

Then we had post-production starting when Covid hit. We were lucky to have been able to edit it without the restrictions. The grade and sound design were a challenge which meant post went on longer than we had intended.

Once finally out of post, we quickly began submitting it to festivals. We could not have been happier with our first Festival selection from the BAFTA  qualifying Aesthetica Short Film Festival (where it will be streaming with 5 other shorts as part of Thriller Block 4, until November 30th), which was shortly followed by the Oscar qualifying Hollyshorts film festival.

There will be more festivals and screenings to come but if you make sure to follow us on social media you can keep up to date with all the latest! With COVID it’s a shame many of these festivals are now going virtual, but the upshot is the film actually becomes so much more accessible to audiences around the world each time - this way anyone, anywhere can stream it, as opposed to only being able to attend if you’re in a particular city or country at the right time.

So far we have had really positive reviews which is great and we hope this continues!"

OFFICER DOWN - OFFICIAL TRAILER from Siren Call Films on Vimeo.