THE GLASS MENAGERIE IS THE DEBUT PRODUCTION FROM SECOND HALF PRODUCTIONS CO-FOUNDED BY JEREMY HERRIN, ALAN STACEY AND ROB O’RAHILLY

TICKETS WILL GO ON GENERAL SALE AT 12PM ON 14 SEPTEMBER WITH 10,000 TICKETS AVAILABLE AT £20 AND UNDER ACROSS THE RUN 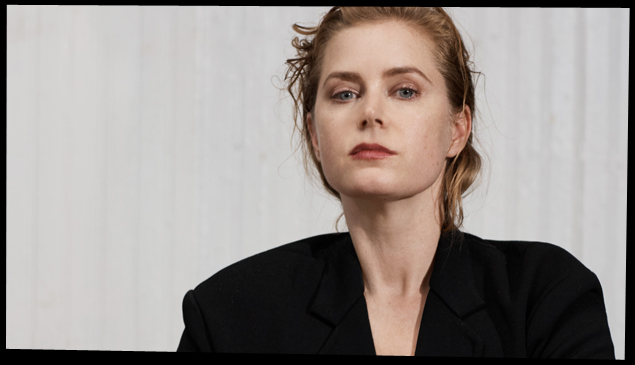 Award-winning director Jeremy Herrin’s bold new staging explores the fragility and fallibility of memory in Williams’s semi-autobiographical masterpiece. Six-time Academy Award nominated and two-time Golden Globe winning actress Amy Adams takes on the role of one of Williams’s most iconic matriarchs Amanda Wingfield, a former Southern Belle living precariously with her two children, Tom and Laura, in a space between past and present. Tony award-nominee Paul Hilton and Tom Glynn-Carney will both play Tom - at different stages of the character’s life -  with newcomers Lizzie Annis and Victor Alli as Laura and The Gentleman Caller.

The Glass Menagerie is designed by Vicki Mortimer with lighting design by Paule Constable and video design by Ash J Woodward.

Amy Adams says “I am so honored and excited to be a part of bringing The Glass Menagerie to the stage in the West End! I have always felt a strong pull towards the work of Tennessee Williams and to this deeply personal story. I am so grateful to be working with the brilliant Jeremy Herrin and with all of the talented cast and creative team. I look forward to the shared experience of theater. See you in 2022!”

Jeremy Herrin, Co-Director of Second Half Productions says “I can't wait to work with such a talented cast led by the brilliantly transformative Amy Adams on one of the best plays ever written. Tennesse Williams' masterpiece is a delicate work of genius and I look forward to working with a world class creative team including Vicki Mortimer, Paule Constable and Ash J Woodward to allow the play to resonate in a fresh and exciting way. I'm grateful to the Williams' estate who have allowed me to split the role of Tom Wingfield - and thrilled to have cast Paul Hilton to play him, and Tom Glynn-Carney to play his younger self. And it is a privilege for Second Half Productions to give West End debuts to the wonderful talent of Lizzie Annis and Victor Alli as Laura Wingfield and Jim O'Connor respectively.”

Amy Adams has won two Golden Globes and has been nominated for six Academy Awards.

Amy is appearing in the film adaptation of the Tony Award winning musical, Dear Evan Hansen, alongside Ben Platt. Universal will release the film on September 24, 2021. Amy is currently in production on Disenchanted, the sequel to her 2007 blockbuster hit, Enchanted, for Disney+. She is reprising her role of Giselle and also executive producing the film. It is expected to be released in 2022.

Adams' other film credits include: Trouble with the Curve; On The Road; The Muppets; Night At The Museum 2: Battle at The Smithsonian; Sunshine Cleaning; Charlie Wilson's War; Miss Pettigrew Lives for a Day, and Catch Me If You Can.

In early 2019, Amy announced the development of her production company, Bond Group Entertainment. The company signed a first look deal with HBO and are currently developing a multitude of projects including for television: Willa of the Wood; The Most Fun We Ever Had; The Kings of America; Nightbitch and Outlawed. They recently won the rights to Suzanne Simard’s NYT best-selling memoir, Finding the Mother Tree. They will produce it alongside Jake Gyllenhaal’s Nine Stories and Amy will star. Bond Group Entertainment are executive producers on The Glass Menagerie.

Paul Hilton most recently shot Slow Horses for Apple, and played the lead in Lucile Hadzihalilovic’s BFI/Film4 feature Earwig, which will premiere at Toronto and San Sebastian this Autumn. Before the pandemic he performed on Broadway in the transfer of Young Vic hit show, The Inheritance, for which he was Tony nominated. Recent television includes Stephen Frears’ A Very English Scandal and The Crown. Film work includes Craig Roberts’ film Eternal Beauty, Lady Macbeth, London Road and Andrea Arnold’s Wuthering Heights. Other recent theatre work includes Lucy Kirkwood’s Mosquitoes at the NT Dorfman, the title role in Sally Cookson’s Peter Pan (National Theatre Olivier) and Anatomy Of A Suicide (Royal Court).

Tom Glynn-Carney trained at the Guildhall School of Music and Drama. Winning the Best Newcomer Evening Standard Award and Best Featured Actor Drama Desk Award for his performance in Jez Butterworth’s The Ferryman, Tom has had critical acclaim in the West End and on Broadway. His film credits include Dunkirk, The King, Tolkein and Rialto and his television credits include Domina, Doing Money and The Last Post.

Lizzie Annis is currently filming The Witcher: Blood Origin for Netflix. Lizzie, who has cerebral palsy, graduated from Oxford School of Drama in 2020, this will be her professional stage debut.

Victor Alli trained at RADA. Most recently, Victor was in rehearsals for The Browning Version (Riverside Studios) directed by Kenneth Branagh which sadly had to be cancelled due to Covid-19. His other theatre credits include Ghost House (The Vaults), Khadija is 18 (Finborough Theatre), Noise (National Theatre Studio), Scan Artists (The Yard Theatre), Timbuktu (Bush Theatre). His television work includes The Man Who Fell to Earth (Showtime/CBS) and Grantchester (ITV). Film credits include Belfast and Death on the Nile directed by Kenneth Branagh.

This autumn, Jeremy will direct the final instalment in the Wolf Hall Trilogy - The Mirror and The Light, adapted for stage by Hilary Mantel and Ben Miles. Over two decades, Jeremy has directed a string of award winning hits that transferred to the West End and New York, including That Face by Polly Stenham (Royal Court and West  End), This House by James Graham (National Theatre and West End), Wolf Hall and Bring Up the Bodies (RSC, West End and  Broadway), The Nether by Jennifer Haley (Royal Court and West End), People, Places and Things by Duncan Macmillan  (National Theatre, West End and St Ann’s Warehouse, New York), Labour of Love by James Graham (West End). Earlier this year Jeremy directed the world premiere of After Life by Jack Thorne (National Theatre and his upcoming  shows include Best of Enemies by James Graham (Young Vic) and Almost Famous  the Musical (Broadway, autumn 2022).

The Glass Menagerie is the debut production from Second Half Productions, a new entertainment company founded by Jeremy Herrin, Alan Stacey and Rob O’Rahilly, creating innovative work by world-leading artists for stage and screen, breathing new and unexpected life into classic stories and championing extraordinary writing from new and established voices.

Monday - Saturday at 7.30pm, Thursday and Saturday matinees at 2.30pm.