Starz today announced it has cast Oscar® and Emmy® winner Helen Hunt (As Good As It Gets, “Mad About You,” The Sessions) in “Blindspotting” – the series inspired by the provocative and critically-acclaimed Lionsgate film Blindspotting from Rafael Casal (Bad Education, “Are You Afraid of the Dark?”) and Daveed Diggs (“Snowpiercer,” “Hamilton an American Musical,” “Black-ish”). The series is produced by Lionsgate Television.

“Blindspotting” will be available on STARZ in the U.S. and Canada, also airing day and date on the Starzplay International streaming service across Europe, Latin America and Japan.

“It is such an honor to have Helen Hunt in this series,” Casal said. “We became friends after she tweeted about her love of the film and we have long looked for a project to do together. She has been our first choice for the character Rainey since we dreamed this show up.” 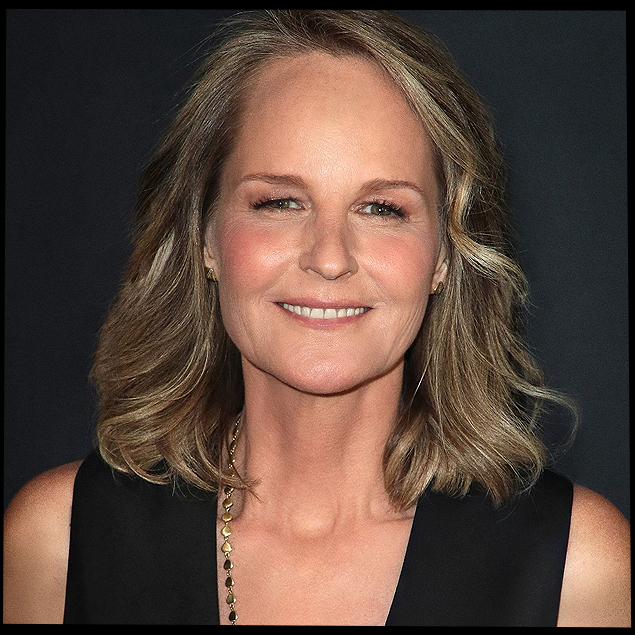 “Blindspotting” centers on Ashley (Jasmine Cephas Jones, “#FreeRayshawn,” “Hamilton an American Musical”) who is nipping at the heels of a middle class life in Oakland until her partner Miles (Rafael Casal) is suddenly incarcerated, leaving her to navigate a chaotic and humorous existential crisis when she is forced to move in with Miles’ mother Rainey, played by Hunt. Rainey is a woman who has strong opinions and holds family above all else.

Hunt’s distinguished career as an award-winning actor and an accomplished writer, director and producer includes extensive and diverse acting roles in film, theatre and television. She was most recently seen in the revival of “Mad About You,” which returned as a limited series last year. Last year, Hunt was seen in the World War II drama “Worlds on Fire” that tells the story of the first year of the war as seen through the eyes of ordinary people. On the big screen, Hunt was recently seen in the thriller I See You, as well the drama The Night Clerk.

In 2012, Hunt’s performance in The Sessions earned her an Independent Spirit Award for Best Supporting Female and nominations in the same category by the Academy Awards, Golden Globe® Awards, Screen Actors Guild® Awards, Broadcast Film Critics’® Awards and the BAFTA® Awards. Other film credits include Candy Jar, Ride (which Hunt also co-wrote, produced, and directed), Decoding Annie Parker, Soul Surfer, Every Day, Bobby, Then She Found Me (which Hunt again also co-wrote, produced, and directed), As Good As It Gets, What Women Want, Castaway, A Good Woman, The Curse Of The Jade Scorpion, Dr. T And The Women, Pay It Forward and Twister.

Additional television credits include “Mad About You” and the critically acclaimed miniseries “Empire Falls.” For her role as Jamie Buchman in “Mad About You,” Hunt garnered four Emmy Awards, four Golden Globe Awards (three as lead actress and one as Producer for Best Comedy), and a Screen Actors Guild Award. She was also named “Best Actress” for her role in the film As Good As It Gets for which Hunt won a Golden Globe Award, a Screen Actors Guild Award, and an Oscar.

The half-hour dramedy “Blindspotting” is written and executive produced by Rafael Casal and Daveed Diggs, who also starred in the film in addition to writing and producing it. Casal also serves as the series showrunner in addition to having a recurring role.

Jess Wu Calder and Keith Calder of Snoot Entertainment (One Night In Miami, Anomalisa) join Casal and Diggs as executive producers on the series with Emily Gerson Saines, Ken Lee, and Tim Palen of Barnyard Projects.

Starzplay subscribers have access to an exclusive line-up of premium programming including STARZ Original limited series “The Spanish Princess” and the explosive second chapter in the “Power” Universe, “Power Book II: Ghost” starring Mary J. Blige the same day they launch in the US; 2020 Emmy®-nominated series such as the thought-provoking millennial comedy “Ramy” from Muslim-American comedian Ramy Youssef, and the genre-bending period dramedy “The Great” starring Elle Fanning and Nicholas Hoult, and the award-winning series “The Act” starring Academy Award® Winner Patricia Arquette and Joey King; plus a blockbuster movie library featuring thousands of titles.

About Starz
Starz, a Lionsgate company (NYSE: LGF.A, LGF.B), is the global media company taking the lead in streaming premium content that spotlights a spectrum of women both in front and behind the camera for audiences worldwide. Starz is home to the flagship domestic STARZ® service, including STARZ ENCORE, 17 premium pay TV channels and the associated on-demand and online services, as well as the proprietary and highly-rated STARZ app. In 2018 Starz launched its Starzplay international premium streaming platform and, coupled with its Starz Play Arabia venture, has since expanded its global footprint into 50 countries throughout Europe, Latin America, Canada, Japan and India. The essential complement to any subscription platform, STARZ and Starzplay are available across digital OTT platforms and multichannel video distributors, including cable operators, satellite television providers, and telecommunications companies around the world. Starz offers subscribers more than 7,500 distinct premium television episodes and feature films, including STARZ Original series, first-run movies and other popular programming.

About Starzplay
Starz continues to grow its global footprint with its ongoing expansion of the Starzplay international premium streaming platform. Starzplay’s rapid expansion into 50 countries since its launch in May of 2018 is driven by its ability to provide subscribers access to the “best in global SVOD.” The content offering is comprised of the entire catalog of STARZ premium content, with upcoming STARZ Originals airing exclusively on Starzplay day-and-date with the US, exclusive award-winning and critically acclaimed first-run series and a vast library of blockbuster feature films. Starzplay is available through the direct to consumer Starzplay app in Argentina, Brazil, Chile, France, Germany, Italy, Mexico, the Netherlands, Spain and the UK; on global digital broadcast services, multi-channel video distributors, telecommunications companies and other online and digital platforms including in Europe, Japan and Latin America on Apple TV; in Brazil, France, Germany, Italy, Mexico the Netherlands, Spain and the UK on Amazon Prime Video channels; in Austria, France, Germany, Ireland, Italy, Spain and the UK on Rakuten; in Brazil, Mexico and the UK through Roku TV and streaming devices and on the following local platforms: in Brazil on Claro, in France on Orange, in Mexico on izzi and Totalplay; in Spain on Orange,Vodafone and MasMovil; in Switzerland on blue+ and UPC TV, in the UK on Virgin Media; and as Starz in Canada in alliance with Bell Media.