The BFI London Film Festival in partnership with American Express is delighted to announce that LOVERS ROCK, directed by BFI Fellow Steve McQueen, has joined this year’s programme. The film will screen on Sunday 18th October across two screenings at BFI Southbank as part of the LFF’s Love strand supported by Porsche, who are joining the LFF as new sponsors this year.

The film, alongside MANGROVE, is one of five films from Small Axe; a drama anthology which comprises five original films created by Steve McQueen for BBC One. Set from the late 1960s to the mid-1980s, the films each tell a different story involving London's West Indian community, whose lives have been shaped by their own force of will, despite rampant racism and discrimination. MANGROVE will open the film festival on Wednesday 7th October and will play for free to audiences at BFI Southbank and in selected cinemas across the UK. 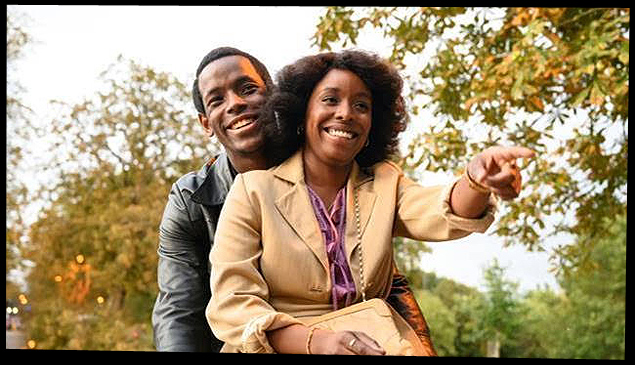 LOVERS ROCK Director, Steve McQueen said “I’m so happy to be screening LOVERS ROCK at the London Film Festival, to show it here where it belongs is a privilege. I hope this film will bring back memories of parties past and look to the future of parties to come.”

The 64th BFI London Film Festival in partnership with American Express is taking place from Wednesday 7th October-Sunday 18th October 2020. Over the twelve days the Festival will be its most accessible ever, presenting over 50 Virtual Premieres and a selection of highly-anticipated new feature film previews at BFI Southbank as well as in cinemas across the UK, offering audiences a unique chance to engage with the Festival in different ways.

The full programme is available at BFI. All tickets are available to book now.

Small Axe has been executive produced by Tracey Scoffield and David Tanner for Turbine Studios and Steve McQueen for Lammas Park. Mike Elliot is producing for EMU Films with Turbine and Anita Overland. The executive producers for the BBC are Lucy Richer, Senior Commissioning Editor for Drama and Rose Garnett, Director of BBC Film. Amazon Studios is co-producing within the US. BBC Studios are the international distributors and are handling global television sales.

Small Axe will premiere on BBC One and iPlayer this autumn and air on Amazon Prime Video in the US.

Courtesy of the BBC

About the BFI
The BFI is the UK’s lead organisation for film, television and the moving image. It is a distributor of National Lottery funding and a cultural and education charity that:

Founded in 1933, the BFI is a registered charity governed by Royal Charter. The BFI Board of Governors is chaired by Josh Berger CBE.

About the National Lottery
Thanks to National Lottery players, up to £600 million of funding has been made available to support communities across the UK during the Coronavirus crisis.

The National Lottery is playing a critical role in supporting people, projects and communities during these challenging times.

By playing The National Lottery, you are making an amazing contribution to the nationwide-response to combatting the impact of COVID-19 on local communities across the UK.

For the 2020 edition, the BFI London Film Festival is waiving the standard press accreditation fee.

Tricia Tuttle Biography
Tricia Tuttle’s appointment as Director of BFI Festivals follows her role as Artistic Director of the 62nd Edition of the BFI London Film Festival and five successful years as Deputy Head of Festivals at BFI, including BFI Flare and BFI London Film Festival. Moving from North Carolina in 1997 to complete a joint MA at BFI and Birkbeck, University of London in Film and TV Studies, Tricia’s passion for film has seen her work as a programmer, lecturer, writer and journalist.  Her career has spanned a five year tenure at BAFTA, starting in 2008 and with her appointment as Film Programme Manager in 2011; programming the BFI London Lesbian and Gay Film Festival (the pre-cursor to BFI Flare) and as Event Producer at London’s The Script Factory.  Highly regarded by the BFI and industry, Tuttle has been instrumental in evolving BFI Festivals, continuing to expand audience reach year on year and introducing impactful initiatives such as BFI Flare’s FiveFilms4Freedom, in partnership with the British Council.

About American Express
American Express is a global services company, providing customers with access to products, insights and experiences that enrich lives and build business success. Learn more at americanexpress.com

About BBC Films
BBC Films supports invigorating and imaginative filmmaking. Firmly established at the forefront of UK film and fuelled by its public service remit, BBC Films has an ambitious slate featuring many of the most exciting filmmakers working today. Every film is linked by a sense of urgency – these are stories for now.