STUDIOCANAL are thrilled to launch the first trailer and poster for BLITHE SPIRIT, starring Dan Stevens, Leslie Mann, Isla Fisher and Judi Dench. The film, based on the iconic play by Noël Coward, will arrive in cinemas on 1st May 2020.

Best-selling crime novelist Charles (Dan Stevens) is struggling with catastrophic writer’s block and a stressful deadline for his first screenplay. His picture-perfect second wife Ruth (Isla Fisher) is doing her best to keep him focussed in the hope of fulfilling her dream of heading to Hollywood. Charles’ desperate search for inspiration leads him to invite Madame Arcati (Judi Dench), a medium recently exposed as a fraud, to perform a séance in their home. They all get more than they bargained for when Arcati accidentally summons the spirit of his deceased first wife: the fiery and jealous Elvira (Leslie Mann) who embarks on a mission to kill Charles so she can spend eternity with him which leads to an increasingly comical and deadly love triangle. 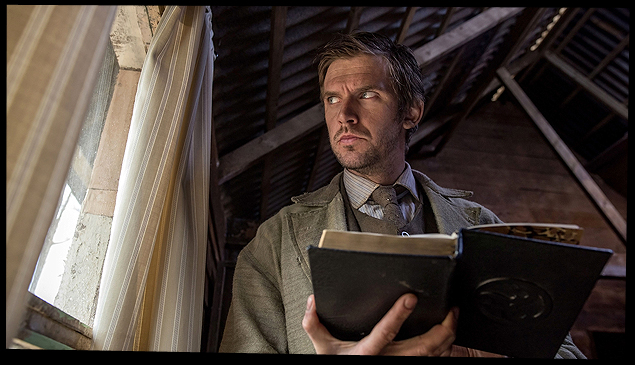 BLITHE SPIRIT WILL BE RELEASED IN THE UK ON MAY 1

About StudioCanal
STUDIOCANAL, a 100% affiliate of CANAL+ Group held by Vivendi, is Europe’s leader in production, distribution and international sales of feature films and TV series, operating directly in all three major European markets - France, the United Kingdom and Germany - as well as in Australia and New Zealand.

STUDIOCANAL owns one of the most important film libraries in the world, boasting more than 5,500 titles from 60 countries. Spanning 100 years of film history, this vast and unique catalogue includes among others the iconic Terminator 2, Rambo, Breathless, Mulholland Drive, The Pianist and Belle de jour.