The film tells the story of a mismatched NSA team that kidnaps the creator of Bitcoin - Satoshi Nakamoto - and tortures him for the information they need to control the cryptocurrency. The botched operation forces together a sexist, homophobic field agent, a feminist technical adviser, a transgender asylum seeker, a crypto-anarchist, a racist Brexiteer and an inclusionist MI5 agent, and sparks fly from the start. But when all of them succumb to a truth drug, their newfound honesty has unexpected and riotous consequences. 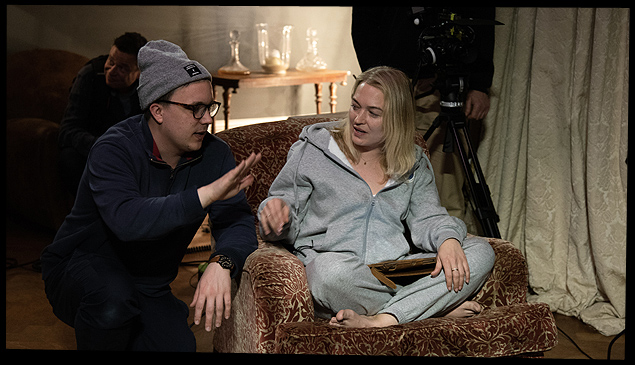 Decrypted is produced by Substantial Films, a production company whose previous four films were popular on Netflix, Amazon Prime and dozens of international platforms. This is the team behind Rupert, Rupert & Rupert (Best Comedy nominee at the 2020 National Film Awards), Backtrack, The Holly Kane Experiment and False Witness.

Decrypted was made in spite of COVID-19. The team managed to shoot 70% of the film before being forced to shut down production in March. That 70% was edited through the summer months, and the remaining 30% was shot in September.

Tom Sands, director/producer, commented, “Mick and I discussed the story at an early stage. I wanted to strip it down and have it play out in a claustrophobic environment, where the location acted as a pressure cooker and everything supported the performances of the amazing cast we were working with.”

Mick Sands, writer/producer, said “I was intrigued by the idea of forcing together prejudiced characters and compelling them to bare their souls. I like to think that if everyone was more honest, it would be easier to build unity instead of division.”

Phil Harris, producer, added, “It’s increasingly clear that people are not listening to each other. And at the same time, transphobic, racist, sexist and homophobic hate crimes are rising. We think that audiences will welcome a film that confronts prejudice and ideology, but does so in a funny and entertaining way.”