We may be small, but our stories aren’t.

Award-Winning production company Harms Way Productions are currently adapting ALL THAT YOU LOVE WILL BE CARRIED AWAY, a Stephen King short story through his Dollar Baby scheme.

ALL THAT YOU LOVE WILL BE CARRIED AWAY and is based on the story of the same name from King’s book Everything’s Eventual.

The story follows travelling salesman Alfie Zimmer as he collects interesting graffiti in a notebook, all the while trying to fight off crippling loneliness and isolation with the help of his friends. 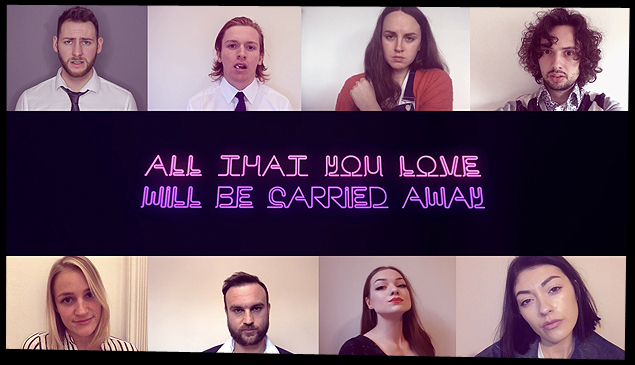 The aesthetic of the film will be a neon-noir and introduces different elements into the mix that will guarantee that this isn't any kind of adaptation of this story you've seen before.

With striking colours and pumping synth, this film will look at one man's attempt to keep his head above water and battle his inner demons.

ALL THAT YOU LOVE WILL BE CARRIED AWAY is Currently crowdfunding on GoFundMe, show your support of the film and be a part of filmmaking history.

About HARMS WAY PRODUCTIONS
Founded in 2016, Harms Way Productions has gone from strength to strength. Their debut film, The Music Box, won two awards (one for Best Film) and now they’re currently in production on an adaptation of the Stephen King short story “All That You Love Will Be Carried Away”. It’s an exciting time with more films on the slate and pre-production starting soon on their first feature. Their hope is spread their stories and bring film to their area in the Midlands. Follow their journey on Facebook and Instagram.