Land-based casinos are allowed in many countries of the world: the USA, Portugal, Sweden, Monaco, the UK. Nevertheless, avid gamblers visit only certain gambling areas and avoid other cities. Where should a gambler dreaming of enjoying gambling from dusk till dawn go? If you want to play poker with multimillionaires and feel at the top of gambling Olympus, be sure to visit the most gambling cities on the planet.

If you have not been to Las Vegas, you have never played in a real casino. Dozens of movies have been made about Las Vegas and every self-respecting gambler would like to place a bet at one of the local casinos. In fact it is the second most famous landmark in the USA after the Statue of Liberty. The town sits in the middle of the barren Mojave Desert and there are no bodies of water within a 25-mile radius. Nothing is produced here, but millions of dollars are being funnelled. Temperatures run as high as 40 degrees Celsius in the summer, but you'd better book your rooms six months in advance because there's no room to spare.

There are more than 70 large casinos in the city and there are many famous brands: Bellagio, MGM Grand, Venetian. If finances allow, and you haven't chosen a place for your future holiday yet, we recommend checking out Las Vegas - the city of sins, gambling and entertainment.

Unlike southern Las Vegas, Atlantic City is not as well-known in the gambling world. Nevertheless, it is very convenient to visit if you live on the east coast of the USA or in nearby countries. The resort town of New Jersey is famous for its sandy beaches, beautiful waterfront and, of course, land-based casinos. Today, New Jersey's popularity as the gambling town of the world is on the rise. Primarily due to changes in American law. Now residents of the United States and foreign gamblers have a lot more options. However, casinos have been played here since 1976, when New Jersey residents voted in a referendum to legalise gambling. Immediately thereafter, the owners of the Chalfonte-Haddon Hall Hotel renamed it Resorts International.

In 2018, New Jersey residents and visitors had the opportunity to bet on sports. Bookmakers have kindly opened their doors to visitors. Incidentally, it is one of the few US states where not only land-based gambling but also online casinos thrive. All these factors have made New Jersey the second largest gambling city in the US after Las Vegas, attracting gamblers from all over the world. 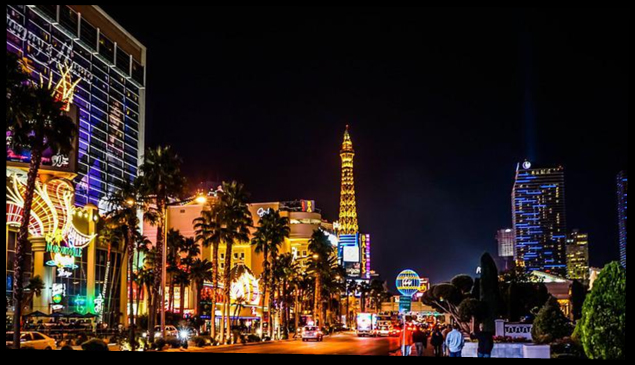 Not all gamblers can afford to take a ticket to Las Vegas or spend a week or two in New Jersey. If that's the case, you can always consider a trip to Asia. Like Hong Kong, Macau is a special administrative region of China. Until 1999 the area was ruled by Portugal which has had a huge influence on Macau's culture and traditions. The city is not casually referred to as Asia's Las Vegas. It is home to the largest casinos in Asia. The distance to Hong Kong is about 40 miles, so it takes a few hours to drive there and back.

What else do you know about Macau, the biggest gambling city in the East? There are about 30 gambling clubs concentrated in the gambling zone. They account for 50% of the economy of the administrative region. Almost all of them are located on the peninsula, with the rest on Taipa Island. Avid gamblers who have bought a ticket to Asian Las Vegas can enjoy their time at Casino Ponte, MGM Grand Casino and Venetian. Gambling is officially banned in other areas of China. Macau, on the other hand, has risen from the ashes of the Phoenix and continues to lure millions of tourists.

We are back in Europe again where Monte Carlo, the city of wealth and luxury is located. The small principality of Monaco, on the shores of the Mediterranean Sea, is home to dozens of high roller casinos. Whitewater yachts regularly moor here, and it is the venue for one of the stages of the prestigious Formula 1 race. With a population of 39,244, the Principality of Monaco is considered one of Europe's smallest nations. But it is certainly not the poorest: Monte-Carlo is teeming with money and entertainment. It attracts gamblers not only from Europe. Americans, South Americans and Chinese come here regularly.

A curious fact. The first attempts to open a casino in Monte Carlo date back to 1862. However, they failed. Ironically, the development of gambling was spurred on by the construction of the railway. By taking the train to Monte Carlo travellers were at the epicentre of gambling. Today the city was and still is one of Europe's most popular casino players. Incidentally, Monaco itself is home to the largest number of millionaires and billionaires per capita.

Do Londoners play in casinos? Of course they do! By the way, not only the British, but also visitors to the Foggy Albion enjoy visiting land-based gambling clubs. The word London, of course, is associated with Big Ben and the River Thames, Tower Bridge, The London Eye. But the British capital is also a great place to spend an evening or two playing roulette or a game of poker. There are over 20 casinos in the city, so avid gamblers can take part in all sorts of gambling. There's no shortage of one-armed bandits, baccarat, blackjack, and several types of roulette. London's most famous land-based casinos that are definitely worth a visit are Aspers Casino, Ritz, Hippodrome.

Not every player can afford a trip to Monte Carlo or Las Vegas, and that's why online gambling sites are becoming a very good alternative to land based casinos. You can check best of them on BestAuCasinosOnline.