Discover.film, a new British entertainment platform catapults onto global streaming stage as it proves the growing appetite for quality short form entertainment alongside US Giant Quibi

Discover.film, the global streaming platform, dedicated to the world’s best short movies and entertainment is set to rival Quibi despite the US company’s $1.75 billion investment

Discover.film will launch as a pre-loaded app on Huawei Video service on 100 million devices across 22 countries and is in talks with other US and global telco companies. Ju Jian – Head of Global Content Acquisition and Partnership at Huawei said “Discover.film’s award winning, mobile centric, snackable content will perfectly entertain all our users around the world.”

Discover.film has already amassed over 200k+ subscribers across 190 countries in less than 5 months. Thousands are signing up to its platform every week proving the global appetite for quality short form entertainment

Since the start of March when coronavirus started to spread rapidly across the globe, Discover.film has seen a surge of 220% in viewership figures as the population look to short films whilst isolated at home

Discover.film, the leading platform for quality short films, is set to rival Quibi following its recent partnership with Huawei, the global telecoms provider servicing a third of the world’s population. This collaboration will see the Discover.film platform as a preloaded app within Huawei Video on over 100 million handsets globally. Sitting alongside a small selection of video providers such as The BBC for its news channel and Rakuten TV for its Hollywood blockbusters, Discover.film has been chosen as Huawei’s dedicated partner for quality short films.

Discover.film is a quality streaming platform dubbed the ‘Netflix for short films’. With over 10,000 films typically between 10-15 minutes in length, Discover.film is attracting some of the world’s best film makers to create and showcase their short films on its platform. Stars such as Danny DeVito, Sir Ian McKellen, Benedict Cumberbatch, Jack Whitehall, Bill Nighy, Brie Larson and Whoopi Goldberg feature in some of the award-winning films on the platform, all of which are under 40 minutes in duration.

Launched in October 2019, Discover.film has already amassed hundreds of thousands of subscribers from across 190 countries, making it the leading platform for short films in the entertainment industry. Unlike many of its ‘paid for’ subscription-based competitors, its freemium model allows its viewers to watch the content for free, whilst giving creative advertisers the opportunity to tell their own story in the form of a sequence of 6 second pre-rolls before each film.

Discover.film showcases and nurtures the best filmmaking talent from around the world, working with over 7,000 filmmakers who have previously had no premium platforms to showcase their short films on at a global scale.

Demand for short films averaging 12 minutes is at an all-time high and increasing rapidly, with a growing number of the global population confined to their homes due to coronavirus, according to Discover.film, the leading streaming platform specialising in the genre.

In addition to Huawei companies such as Channel 5, My 5, Virgin, British Airways, Qatar Airways, American Airlines, Emirates, Air Canada, KLM, National Express, South Western Railway, London Northwestern, Transpennine Express and Eurostar, have all partnered with Discover.film over the last year as they plan to increase the volume of quality short form content for their audiences.

The company projects significant and accelerated growth. Projected subscriber numbers by the end of 2021 should reach 10 million. Financial projections should see a £12 million turn over and £6m+ profit in the same time span. Discover.film projects that in 12 months it will grow its valuation to exceed £250million.

Sarah Thomson, Co-founder of Discover.film said “The launch of Quibi’s bite sized premium content further demonstrates the growing demand for short film content and the industry backing from investors as well as Hollywood directors and stars globally. At Discover.film our recent collaboration with Huawei, which will see us preloaded onto 100 million handsets worldwide, has shown that Discover.film is firmly positioned alongside Quibi at the forefront of the rapidly growing industry.

“We are thrilled to be able to support our thousands of film makers giving them such a vast distribution platform and allowing them to showcase their incredible quality short films to a global audience of millions.  Especially at a time when many people are confined to their homes, we have seen a huge surge in users and particularly those looking to ‘feel good’ films during this time of crisis. As such we are accelerating our content acquisition and are in talks with many content providers to meet the needs of our ever-growing global audience”

Ju Jian – Head of Global Content Acquisition and Partnership at Huawei said “We are very pleased to have Discover.film as one of our partners on Huawei Video. Considering that our service is on our mobile devices, Discover.film award winning short movies are a perfect match as their catalogue is mobile centric. It’s snackable content that will perfectly entertain all our users around the world.”

About Discover.film
Discover.film is the world’s leading freemium platform for quality, short form movies and entertainment. The platform has amassed over 200,000 subscribers from 190 countries enjoying short movies featuring Hollywood stars and emerging talent, from feel good comedies to drama, sci-fi, documentaries and action.  Subscribers can watch as much as they want, anytime, anywhere, on any internet-connected screen. 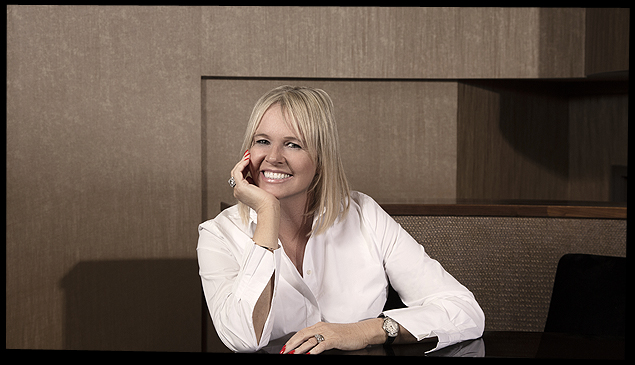 Sarah Jane Thomson - Co-founder of Discover.film
Sarah is a driven media and tech entrepreneur. She has founded, floated, acquired and run a number of businesses.  Sarah was the youngest female CEO of a listed company in the City and one of only seven women to chair or head the board of a European company and one of only three in the UK. Sarah has won numerous awards including Media Boss of the year and Entrepreneur of the Year Finalist, and has appeared in many ‘one to watch’ lists.

Sarah is a philanthropist giving to many causes as well as supporting a community in Cambodia and financing the opening of a school. She is married to Steve Thomson and has three sons.

Steve Harmston, Co-founder of Discover.film – Responsible for technology & data
Steve studied PPE at Magdalen College, Oxford, and as a postgraduate, Information Technology at the University of London. Founder of VentureSource Europe, a global technology database business backed by Reuters Venture Capital and successfully sold to Dow Jones. Steve worked at YouGov, as Head of SixthSense, its big data reporting business creating reports based on analysing billions of data points. He led a tech team, developing and running the reporting platform and a team of researchers applying specialist data storytelling techniques to make statistical trends accessible to clients and journalists.