The 25th James Bond Adventure NO TIME TO DIE – In Cinemas NOW – The Legacy of James Bond: Taking A Look At Ian Fleming’s Iconic Spy | The Fan Carpet

The 25th James Bond Adventure NO TIME TO DIE – In Cinemas NOW – The Legacy of James Bond: Taking A Look At Ian Fleming’s Iconic Spy

Is there a more iconic spy than James Bond? Ian Fleming’s suave invention first appeared in Casino Royale, published in 1953, and has set the archetype for the gentleman spy since. Let’s take a closer look at the legacy of James Bond, especially with the premiere of the 25th film drawing ever nearer.

James Bond might investigate a wide variety of situations, but there are some motifs that carry through the books and are now considered to be a core part of the spy’s character. He is often associated with casinos, and anyone thinking of playing a table game at William Hill Canada or similar locations will no doubt think of him as they start to play. His preference in the books was for baccarat, and in the films you can see him enjoy this game in addition to poker and craps.

One motif that many might miss if they have only seen the films is the quality of the food Bond eats. Fleming took great delight in describing the types of food his man enjoyed. Reading through the many descriptions is one of the more human elements of the novel. Some of the dinners might be a little rich and outlandish for modern tastes, but many might be able to find something to share with Bond in the many bacon and scrambled egg breakfasts he consumes! 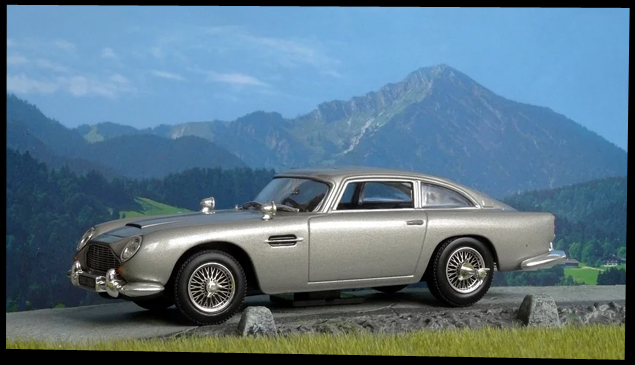 With such a wide variety of films, there is always an ongoing debate of who the best Bond is, and which of the films is the greatest. Everyone has their own opinions, especially when you consider the strength of the performances behind each of the different Bonds. Whether they had a multi-film run like the original Sean Connery or just appeared for one like George Lazenby, they each brought something different to the rule.

There might even be some out there who claim that no one has yet done the character justice, and the James Bond of the books is still yet to be accurately seen on the silver screen. It is true that some of the Bond films are a little crazy – the invisible car and fencing fight of Brosnan’s Die Another Day, we’re looking at you – but the majority are either pretty good adaptations of the books or original stories in-keeping with Fleming’s vision.

Who to Take on the Mantle Next?

We last saw Daniel Craig’s Bond in Spectre, and the 25th Bond film, No Time to Die, should be a culmination of the plot that has been building since Casino Royale. One of the biggest questions being asked is who will step into Craig’s shoes and take on the role next?

Henry Cavill has been a favourite for a long time, but his commitments to other projects might prevent him from being able to take on this role. Likewise, Idris Elba’s name has often been tossed around as potential. As Craig takes his final bow, it will be interesting to find out who will actually be in the running for the role, and who will be nothing more than rumour.

James Bond is easily one of the most iconic characters in British literature, and he has proved himself to be one of the greatest pop-culture characters of the 20th century. In the 21st, it is necessary to update him to bring him more into line with modern values and behavioural expectations, but we should be able to do so without losing the core concept of the character. He is nearly 70 years old, but he should be enduring for a very long time to come.