The One With The Reunion: IMDb Study Reveals Highest Rated F•R•I•E•N•D•S Episode Ahead Of Reunion Special Airing This Month | The Fan Carpet

The One With The Reunion: IMDb Study Reveals Highest Rated F•R•I•E•N•D•S Episode Ahead Of Reunion Special Airing This Month

After being on a very long break, the news we have all been waiting for has finally arrived. Friends is officially returning for a reunion episode, and airing this month (May 27th).

To celebrate this momentous occasion, experts at OnBuy.com scraped IMDb to find out- what is the highest rated Friends episode of all time? They can now reveal all!

Taking joint first place is The One Where Everybody Finds Out and The Last One: Part 2 both with a respectable 9.7 out of 10. There was not a dry eye in the room when Chandler muttered the final words of the sitcom when asked if the gang wanted to go for one final coffee, ‘Sure…where?'

In second place is The One with the Embryos. In season 4 episode 12, Phoebe began her journey of surrogacy for her brother’s children. Meanwhile, Chandler and Joey, Monica and Rachel took part in a full-blown quiz tournament about each other, and the stakes were raised to Joey and Chandler winning Monica and Rachel's apartment.

In third place is The One with the Prom Video, which sees the iconic Ross and Rachel kiss – recently crowned TV’s most memorable on-screen kiss by OnBuy.com. It really is never off the table with those two, which is why this episode received an incredible 9.4 out of 10.

Taking joint fifth is The One Where Ross Got High, The One with All the Thanksgivings and The One with Ross’s Wedding: Part 2 (9.2 out of 10), which most famously sees Chandler and Monica begin their epic love affair. 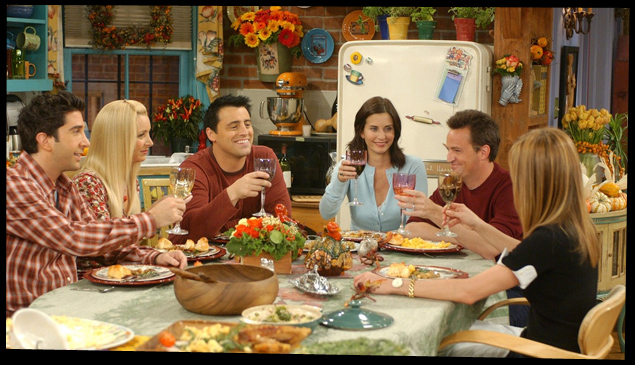 After analysing all 235 episodes released, OnBuy.com can reveal that in last place is The One with the Invitation with a score of 7.2/10. Ross and Emily begin to send out their wedding invitations, which leaves a nostalgic Ross and Rachel looking back on their relationship together.

2) Their episode name and rating was scraped, the data was then put into an excel spreadsheet and filtered to find the top and bottom rated episodes.