The Purrrfect Comedy: Support AJ. Lamb and Hanna Järvi’s YOU’VE GOT TO BE KITTEN ME starring Lara Lemon on indieGOGO | The Fan Carpet

The Purrrfect Comedy: Support AJ. Lamb and Hanna Järvi’s YOU’VE GOT TO BE KITTEN ME starring Lara Lemon on indieGOGO

The Purrrfect Comedy about an eccentric inventor, her cat and a serious case of mistaken identity

The Fan Carpet are pleased to tell you about YOU'VE GOT TO BE KITTEN ME from AJ Lamb and Hanna Järvi, the film is currently raising funds on indieGOGO and you could be a part of Cinematic history by supporting the project TODAY!

Not only does it have cats, it's got cats being in situations they have no business being in, in the first place, and who doesn't love that!

An ambitious short comedy film project that aims to tackle issues within the film industry by promoting unique female lead roles and wage fairness, whilst also playing a part in addressing a major ecological problem - plastic!

And with perks offered for contributions from £5 to £1,000 or more, there is something for everyone! 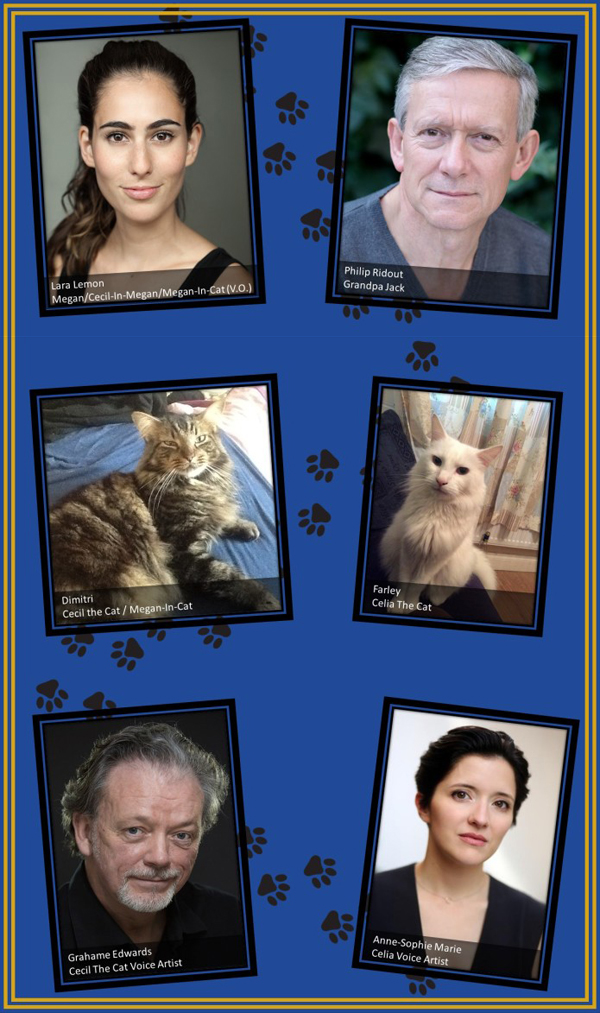 When Megan, a young, independent, want-to-be inventor, accidentally swaps bodies with her cat, all hell breaks loose. For Cecil, it's the last straw! In a series of hilarious twists and turns, finger pointing, stumbling and general quackery, Cecil finds himself without his coat, seated across the dinner table from a grumpy Grandpa Jack, and with his hope of making his date with his feline flame Celia, fading further into the distance. But then again not everything appears as it may seem.

It all started one day when my cat said to me..."so you really want to know what we think? " and the idea was born. Being around cats for most of my life I got to pick up on the details in cats that really make them...well, cat like. They are such incredibly intelligent animals, each one of them with its own strong personality.

The main thing with cats is that so many people can all relate to certain behavioural traits, even if they don't have cats. So even if you aren't currently owned by a cat, this film is still something that you can relate to and enjoy.

Support YOU’VE GOT TO BE KITTEN ME on indieGOGO and Support Independent film.