The Royal Television Society Opens Entries for RTS Young Technologist of the Year Award 2019 Sponsored by NetGem.TV | The Fan Carpet

The winner will receive an all-expenses paid trip to the Amsterdam-based industry event IBC 2019 – both the exhibition and the conference – where they will have the chance to learn about the fast-changing world of content creation, management and delivery.

To apply for the RTS Young Technologist of the Year Award 2019, applicants can download a form via the RTS website here, and should submit it electronically by 13th May 2019.

The Royal Television Society (RTS) has launched the Young Technologist of the Year Award 2019, sponsored by netgem.tv, leader in internet TV service, and presented in memory of A.M Beresford-Cook. The prestigious award, now open to entries, celebrates an outstanding technologist or engineer of the future and accepts submissions from individuals in the early stages of their career across broadcast or its related industries.

The winner will receive an all-expenses paid trip to the Amsterdam-based industry event IBC 2019 – both the exhibition and the conference – where they will have the chance to learn about the fast-changing world of content creation, management and delivery. In addition, the winner will be invited to the RTS Cambridge Convention, also in September. The runner-up will receive the Coffey Award and a technical book of choice. 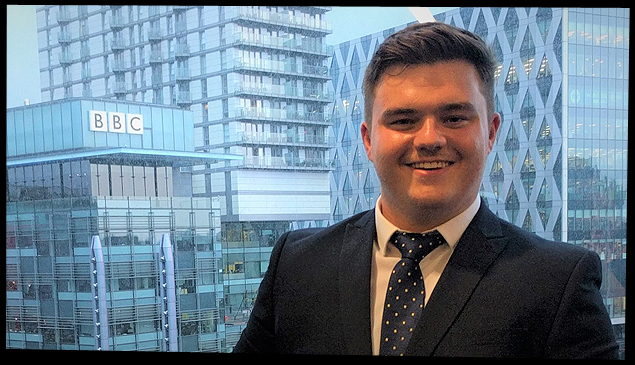 Chair of the RTS Young Technologist of the Year Award jury, Terry Marsh, said "The award recognises the hugely talented individuals who are just starting out in their technology careers within the broadcast industry. It's hugely important to celebrate the achievements of these young technologists, and provide them with valuable opportunities to advance their knowledge and careers within this rapidly changing field, and we look forward to seeing the entries coming through.”

To apply for the RTS Young Technologist of the Year Award 2019, applicants can download a form via the RTS website here, and should submit it electronically by 13th May 2019.

The winner of last year’s award was Gareth Reid, Technology Support Engineer at BBC Wales. Gareth impressed the jury with his personable approach and clear natural leadership, as demonstrated during his work alongside both trainee and established engineers. He volunteered at the BBC Academy providing advice for future apprentices, naturally aligning himself with the essence of this award in celebrating the outstanding technologists of the future.

The Young Technologist Award was established by the RTS with funds received from the family of A.M. Beresford-Cooke – a distinguished engineer who significantly contributed to the development of British broadcasting technology through his work on towers and masts for VHF and UHF transmission. The aim of the award is to advance education in the science, practice, technology and art of television and its allied fields.

The award is open to those working within the technical side of broadcasting or its related industries including: broadcasters, production companies and facilities houses, hardware and software suppliers to the industry, telecommunications suppliers of television capacity services, and recognised research institutions which are contributing in a demonstrable way to television in the UK.

Judges will look for applicants who can demonstrate a strong knowledge of the industry and show how the award would enhance their understanding of the ever-changing role of technology in television and its allied fields. Candidates will also need to display excellent communications skills and explain how they will share their understanding. There is no age limit for this award, however entrants must be in the first five years of their career in television and its related industries.

The RTS Young Technologist of the Year Award 2019 will be presented to the winner at the RTS Craft & Design Awards, which will take place on Monday 25th November at the London Hilton on Park Lane.

About netgem.tv
netgem.tv is: Your TV. Reinvented. The best of live TV, catch-up & on-demand streaming, all in one place, in a smart, relevant and personalised way.

netgem.tv is the result of 20 years of experience pioneering connected home entertainment, with viewers at the heart of innovation. It started with: the first connected TV box with ITV Digital in 2000, then BT iPlayer in 2002, the first connected PVR box with Fetch-TV in 2008, and more recently innovating with the advanced multiscreen EE TV since 2014. In 2018, netgem.tv expanded its Product portfolio with further innovations both in terms of Smart Devices (first all-in-one Soundbar & TV box with ‘SoundBox’) and Content: Freeview live TV, catch-up shows as well as the best from Premium On-Demand with first to market launching Freeview Play, Amazon Prime Video and Youtube combined on a TV box. netgem.tv is launching the personalised TV experience via a sophisticated mobile App - supporting recommendations, live and recording viewing, and cast the most popular On-Demand content. Netgem group is listed on NYSE Euronext Paris.