RTS Scotland this year introduced the new Writer category which was awarded to Lorna Martin for Women On The Verge.

The Cry boasting six nominations secured the award for the Drama Category, with BBC Social winning the Short Form Category for which they received all three nominations.

The Royal Television Society’s (RTS) Scotland Centre announced last night the winners of the RTS Scotland Awards 2019 at a ceremony held at The Old Fruitmarket in Glasgow. The event was hosted by presenter Jennifer Reoch and stand-up comedian and presenter Des Clarke. RTS Scotland this year introduced the new Writer category which was awarded to Lorna Martin for Women On The Verge.

The Cry boasting six nominations secured the award for the Drama Category, with BBC Social winning the Short Form Category for which they received all three nominations. MG ALBA also celebrated taking home three awards across its six nominations for Children’s, Comedy and Camera. The prestigious RTS Scotland Award went to Stuart Cosgrove, Scottish journalist, broadcaster and television executive for his dedication to Scotland’s television industry. In 2018, Cosgrove led the Scotland team, who campaigned successfully to bring one of the Channel 4 Hubs to Glasgow.

For the third year, the winner of the Young Journalist Award, this year awarded to Ceri Isfryn, received a prize of £1000 donated in memory of George Sinclair, the former BBC Scotland News and Current Affairs Editor, from the Sinclair Trust. 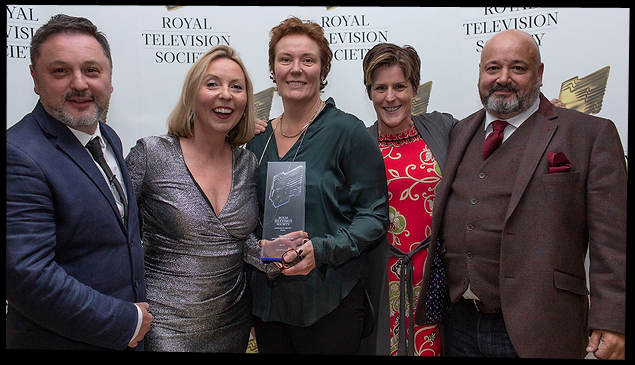 Lisa Hazlehurst, Head of Lion Television and Chair of the RTS Scotland Awards said “What a great year it has been for the creative industries in Scotland. We received a record number of entries with increased submissions for the Professional Excellence, Craft categories. Scotland’s Television industry continues to expand and the high standard of submissions demonstrate what brilliant programmes are being produced here.”

April Chamberlain, Chair of RTS Scotland, said “For 2019, we are delighted to have introduced a new Writer Award. We've had more Gaelic entries than ever before, plus a number of independent companies new to the RTS Awards submitting entries for the first time.”

WINNER – Time for Love BBC Scotland for BBC The Social

WINNER – Class of Mum and Dad Firecracker Scotland for Channel 4 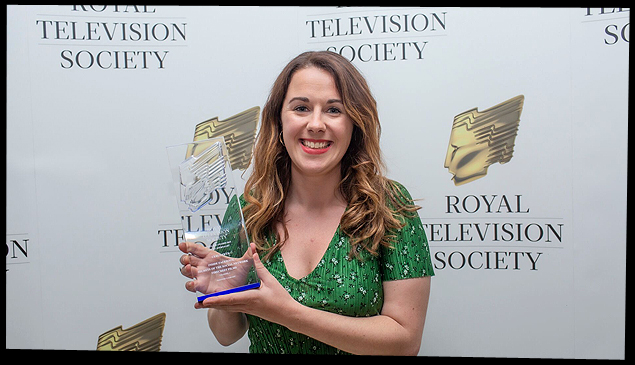 Gary Goes to Hollywood Objective Fiction/OMG Scotland for BBC One Scotland
Only An Excuse? The Comedy Unit for BBC Scotland 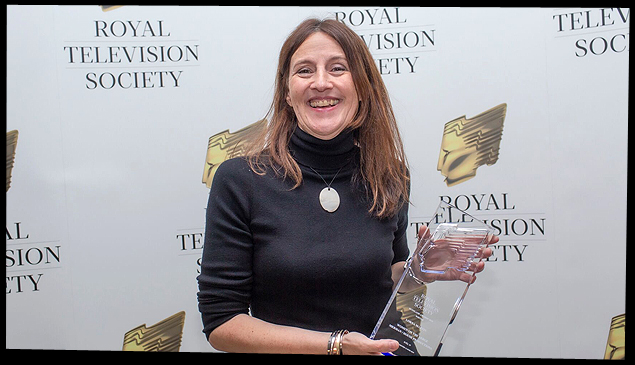 WINNER - imagine... Rupert Everett: Born to be Wilde BBC Studios for BBC One

WINNER - Simon Hynd, There She Goes Merman for BBC Four

WINNER – The Cry, Synchronicity Films for BBC One

The industry award is for the outstanding contribution to television in Scotland. This could apply to any aspect of the industry, broadcasting, production or technical sectors in Scotland and beyond, with a particular focus on the past 12 months (January to December 2018).

This award is open to individuals, teams and organisations whose work, either in front of the camera or behind the scenes, should have made a significant and lasting impact on audiences and viewers in Scotland.

In 2018, Stuart Cosgrove led the Scotland team, who campaigned vigorously and successfully to bring one of the Channel 4 Hubs to Glasgow. A Creative Hub which will enable Channel 4 to harness the city’s rich cultural diversity, to further improve on-screen representation, and to work with the sector and the region’s educational establishments to grow the pipeline of new talent into the production and broadcast industries.

Unable to attend the awards, Stuart’s award was present to him ahead of schedule on 1st June whilst on air with his regular Saturday BBC Radio Scotland slot, Off The Ball.