The Sesational Joy Crookes Is Set To Headline Intimate Gig Series With IBIS HOTELS In Manchester, Liverpool and London | The Fan Carpet

The Sesational Joy Crookes Is Set To Headline Intimate Gig Series With IBIS HOTELS In Manchester, Liverpool and London

This March, ibis is giving music fans access to a series of unique live experiences with Joy Crookes at three in-hotel gigs across the UK.

BRIT Awards 2020 nominee and featured on the BBC Sound of 2020 list, Joy Crookes has gained a reputation for her raw talent, candid song-writing and incredible live performances.

Announced today, ibis will host the intimate gigs throughout March, kicking off in Manchester on Wednesday 11th March, before moving on to Liverpool on Friday 13th March and finishing in London on Wednesday 18th March. In each of the cities, Crookes will be joined by the hottest emerging local artists.

Tickets will go live on Wednesday 4th March 2020. With a limited number on offer, music lovers and fans will need to act quickly to avoid missing out. Register here to grab a ticket for the Manchester, Liverpool and London shows.

Following a hugely successful debut tour, Joy sold out her upcoming show for Annie Mac & SJM Present at Oslo, Hackney. With ibis Music, a select number of fans will have the chance to hear Joy’s tracks in an intimate performance setting before she embarks on her upcoming tour and bigger stages throughout the UK and Europe. 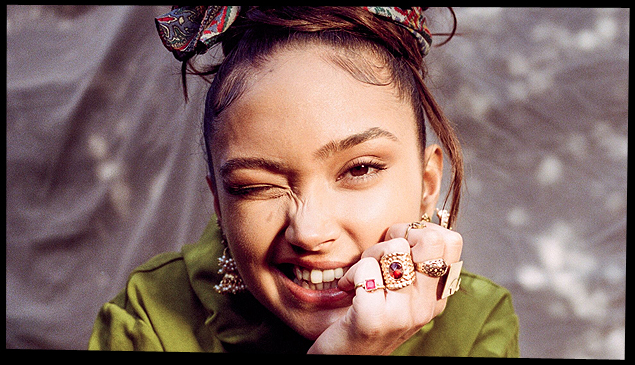 Commenting on the gig series and partnership, Joy Crookes said "I’m excited to be working with ibis Music to mentor local talent in three of the UK’s most vibrant musical cities. Finding your sound takes a lot of working out and I’m proud to be a part of these artists’ journeys as they grow. The last couple of years have been exciting for me and I look forward to joining ibis Music’s programme to discover some of the UK’s emerging talent."

The 21-year-old South London born singer-songwriter burst onto the music scene when her rendition of ‘Hit The Road Jack’ caught the attention of fans and her first management company. After releasing her first EP in 2018, 2019 saw the launch of another two EP’s which resulted in 25M+ streams. Joy ended the year tipped for great things in 2020, with highlights including Jools Holland, Glastonbury and Maida Vale to name just a few.

Joy Crookes will perform in the following ibis hotels on the dates outlined below. Tickets will be subject to availability based on a first come first basis.

Tickets will be released at 10am on Wednesday 4th March.

Tickets are free of charge and you can register here:

About ibis
Since 1974, ibis has been a trailblazing brand, open and welcoming to all. ibis hotels are beloved by travellers and locals for their contemporary style, vibrant social hubs, rooms that feel like home, lively bars, satisfying dining options, and easy mobile check-in experience. The brand is known for its celebration of live music, offering guests curated playlists and access to exclusive gigs with up-and-coming musicians. No matter where in the world a guest may travel, ibis always feels like the right place to be. With over 1,200 hotels and more than 150,000 rooms in 65+ countries, ibis is recognized across the globe as the leading brand in economy hospitality.

ibis is part of Accor, a world-leading augmented hospitality group offering unique and meaningful experiences in 5000 hotels, resorts, and residences across 110 countries.