THE SHOWCASE OF THE IMMORTALS: WWE's 36th Annual WrestleMania Will Be Held Over 2 Nights The First Weekend Of April | The Fan Carpet

THE SHOWCASE OF THE IMMORTALS: WWE’s 36th Annual WrestleMania Will Be Held Over 2 Nights The First Weekend Of April

For the first time ever, WrestleMania 36 will be held over two nights: Saturday, 5 April and Sunday, 6 April.

The event, being touted as being "too big for just one night," will showcase WWE Champion Brock Lesnar versus the Scottish Psychopath Drew McIntyre, WWE RAW Women's Champion Becky Lynch against Shayna Baszler, The Undertaker taking on A.J. Styles and John Cena opposing The Fiend Bray Wyatt.  Three-time Super Bowl champion and Fox Sports analyst Rob "Gronk" Gronkowski will be the host.

Due to the COVID-19 pandemic, WrestleMania, also called "The Showcase of the Immortals," will be performed at the WWE Performance Center in Orlando, FL, in front of no fans with only the wrestlers, referees, commentators and a reduced broadcast team.  Most of the event has already be filmed with the crew being held in self-isolation in nearby hotels during this period.

The Universal Championship - held by Bill Goldberg - was to be defended against Roman Reigns.  However, due to his twice successful battle with leukemia, Reigns has pulled out of the match.  WWE is still yet to officially announce his replacement. 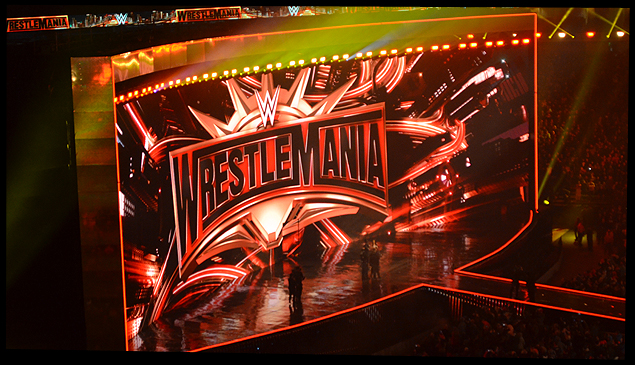 WrestleMania 36 will begin at 4 PM PT/7 PM ET / midnight GMT on both nights.  It can be seen on the WWE Network.

Written by Charysse Tia Harper of Xplore The World