Three days ahead of what would have been Ray Harryhausen’s 100th birthday, The Ray and Diana Harryhausen Foundation are delighted to reveal the results of the first official poll to find the world’s favourite Harryhausen creature.

Following thousands of votes from all over the world, the winner is The Skeleton Army from Jason & The Argonauts with Talos from Jason & The Argonauts in second and Medusa from Clash of The Titans in third. The full top 10 will be announced in a special podcast from The Ray & Diana Harryhausen Foundation at 3pm on 27th June 2020 and will include discussion of the winners from Ray Harryhausen’s daughter, Vanessa, and members of the foundation alongside archive material of Ray discussing his creations. 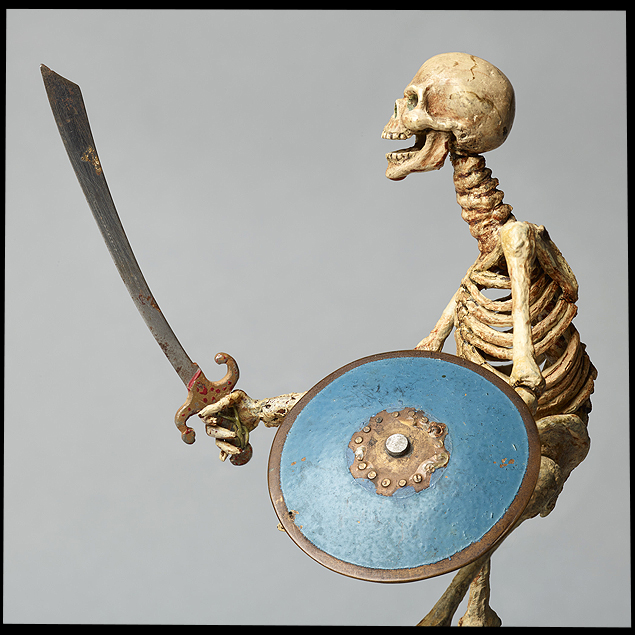 To celebrate Ray Harryhausen’s 100th birthday on June 29th, The Ray & Diana Harryhausen Foundation will host a live viewing party of Jason & The Argonauts at 7:30pm UK time. They will be tweeting trivia and commentary on the film and encourage fans across the world to get involved using #HarryhausenWatchParty. Details of the film’s availability are below.

Ray Harryhausen was one of the most influential and important artists of the 20th century. His iconic work on films such as Clash of The Titans, One Million Years BC and The 7th Voyage of Sinbad has captured the public imagination and inspired filmmakers such as George Lucas, James Cameron, Peter Jackson and Steven Spielberg to name only a few. Harryhausen’s unique Dynamtion technique ensured that whether he was making owls and skeletons, squirrels and scorpions or dinosaurs and apes; his work retained a unique quality that stands the test of time.

An exhibition of Ray’s work is scheduled to be displayed later this year at the Scottish National Gallery of Modern Art which will allow the public to see recently restored versions of some of his most beloved creations. The exhibition, Ray Harryhausen: Titan of Cinema, will be accompanied by a book written by his daughter, Vanessa. It will mark the first time Vanessa has spoken about her father’s work in such detail, and will include a personal biography of her father, from the beginnings in the 1930s through to projects he was working on just less than a decade ago.

Jason & The Argonauts is available to stream on Sky Cinema & NowTV and is available for digital purchase on Amazon Prime, Youtube and Google Play Movies.

The podcast announcing the full top 10 will be available at 3pm on 27th June at these links:

Ray Harryhausen: Titan of Cinema will be released later this year, keep up-to-date on Facebook and Twitter.