Transitioning From Stage To Screen: A Conversation With The Voice Newspaper’s 2020 Top 20 Ones To Watch Ricardo P. Lloyd | The Fan Carpet

Transitioning From Stage To Screen: A Conversation With The Voice Newspaper’s 2020 Top 20 Ones To Watch Ricardo P. Lloyd

Ricardo P Lloyd is a British actor born (20 November 1993) in United Kingdom, England. He is known for his work in Theatre, Film and TV. Lloyd studied Performing arts; Film TV & Stage at Buckinghamshire New University (2013-2016). In 2019 Lloyd was a part of the Shakespeare walks and Shakespeare in the Abbey produced by The Royal Shakespeare Company working alongside Mark Rylance directed by his wife Claire Van Kampen.

Lloyd later secured the role of Romeo in Excluded. The play transplanted and re-imagined some of Shakespeare's iconic characters into a London secondary school as they prepared for GCSEs and highlighted how the education system is failing many young people in the modern day. It was produced by Intermission, a company which helps teenagers stay away from crime. Lloyd performance in Excluded generated national and regional press. In 2020 Lloyd was listed on The Voice newspaper's 2020 Top 20 ones to watch out for in business, sport, culture and politics.

In our interview, Ricardo tells The Fan Carpet's Marc Jason Ali about transitioning from stage to screen, working with Mark Rylance and creating his own content...

Yeah. So cool. So if we go back to the beginning, was there a defining moment for you to get into the film industry?

The defining moment? I think….just me, as an actor, I love to create and I love to play different characters. I feel like with film it is kind of one of those things that is immortalised. It kind of lives…...it outlives you, so you die and stuff like that it’s all about legacy and stuff like that. And I feel like, as human beings it’s very important to capture our story, the power of stories, different stories. And whether that’s through the written form or whether that’s through film, whether that’s through…….stage kind of doesn’t do that because it’s like…….you have that moment but it kind of disappears.

Whereas film kind of lives and, for me, that’s something that is inspiring and allowing me to go in that direction in my acting, because I love watching films, you know. One of my favourite films was Sister Act 2 with Whoopi Goldberg and stuff like that. I see these kind of classic films or even films from the 60s to the 90s to the modern day.

You notice the ability to tell stories visually that really, like, encapsulates me and it inspires people because audiences are about representation and being able to see their story as a human being is something that is shared, a shared experience not just they’re going through something, if that makes sense.

Yeah absolutely, sounds good. So you’ve got a few films in various stages of production with The Other Side, Treatment etc. What are those experiences like and what can you tell me about those films?

Yeah a few films that you mentioned The Other Side and Treatment, these are things that I’ve been writing and developing during lockdown. So I was writing and stuff like that, it’s just……as a creative, yeah, you want to be fresh and stay in a place of creativity and, like I said, coming from a theatre background it was weird place to see the whole of the industry kind of shut down because of Covid.

So, for me, staying creative was to write and develop my own short films and one of the recent short films that I developed was a film called Call It A Problem, which I worked with a charity the people fc and young people from my area. And it was just a way for me to keep inspired, if that makes sense, and to inspire others by creating something of my own and not just waiting on my agent to say “oh Ricardo here’s this casting, here’s this audition” I have to be pro-active. If I’m not pro-active then I’m just kind of going blind and leaving my destiny in someone else’s hands. I think it’s very important as creatives to take control over your destiny.

Yeah it absolutely is. Now you have a range of credits over theatre, film. What brings you more joy and do you approach them differently?

That’s a good question. I think what brings me joy is the projects that I tend to be working on or I get invited to work on. I think, for me, it’s about the power of the storytelling. It doesn’t matter about the platform or medium, it’s just matters about how well you can tell that story. Theatre is a different experience to film and TV. For example, theatre is all about live performance so if you go wrong on stage you kind of have to improvise, whereas film and TV you have more leeway to make mistakes and that can be edited and developed later on, whereas stage and being a theatre actor you literally have to be on the ball in terms of the cues, the lighting, the staging and just, like, listening to other actors and all that kind of thing. So it’s different skill sets that’s required, but I think, because my training comes from theatre and you have to be able to improvisation and deal with all those things that could go wrong, I feel like I’m prepared for film and TV. I know it’s like a different medium and film and TV is more minimised compared to stage if that makes sense.

Yeah. So you where shortlisted in The Voice newspapers 2020 Top 20s “One’s To Watch Out For”. How does it feel to have that sort of recognition?

Well it’s always good to be celebrated amongst your community and your peers and I think, for me, it was definitely humbling because it made me realise that all the hard work that I was doing in theatre was being recognised, you know what I mean? Because I had lost my confidence almost, because, like, as an actor sometimes you can have success in a show and stuff and then when that show is finished you can almost feel kind of lost if nothings, like, happening for you and stuff like that. So it’s like, you know, people always say “you’re only as big as your last hit” and stuff like that, so to be recognised for my talent and my hard work it was humbling and it keeps me inspired to keep on going.

Awesome. Yeah because correct me if I’m wrong, but you’ve been actively pursuing this career since 2011, so it’s quite early in your career to have that sort of gravitas, like, listed for you.

Yeah definitely, definitely. Yeah and, like you said, since 2011, I’ve come from performing arts, graduated from university for film, stage and TV, I’ve got a degree.

So, I took a break from acting and I was trying to pursue other things, you know, like business and all these other things. And then I came back to acting I’d say in 2019, you know, and that’s when I did the projects with Mark Rylance and stuff like that that. So it’s definitely humbling for you to get that amount of attention and eyes on you, you know what I men. And it keeps you inspired to keep on going and to work harder.

Yeah absolutely, but it’s great. So you’ve worked alongside the wonderful Mark Rylance, what was that experience like?

Mark Rylance is a great human being. Why I say that is because he’s a conscious guy, so he kind of understands that he has a responsibility as an artist and to speak on social injustices and that kind of stuff. And I think that’s a true artist in that sense, to use his platform, to use his voice as a creative to shed light on different things. I think that’s what’s inspiring and obviously, like, you know, when I’ve worked with him as well I’ve just seen how dedicated he is to his roles. Sometimes, he might be misunderstood, be weird or eccentric in the way that he gets into the character, but that’s just his method and I just commend him.

When you’re working with someone like that, like an Oscar winning actor and stuff like that, and you’ve worked closely with them and had moments where you’ve had deep conversations with them, it definitely empowers you, inspires you, you know, to stick at your craft and develop it and take it to the highest level you can take it to.

Marc: Yeah, awesome. Yeah, he’s wonderful, he’s a wonderful guy. I like him a lot.

Ricardo: And the thing as well, he’s very humble. You’d think that someone whose got an Oscar and all these kind of things would be a bit cocky and up themselves, and I’ve met many different, like, Hollywood people yeah, and many of them have that kind of “speak to my publicist” attitude. But with Mark Rylance, he’ll make time for anyone from any walk of life in society, I’ve had moments with him where I can speak with him and I’ll ask him questions and we’ll have conversations about life and all these kinds of things. So he’s definitely taught me what it is to be an artist, that it doesn’t matter how much success you have, it’s always good to just remember where you come from and build genuine connections and authentic connections with people.

Yeah, absolutely. He’s a wonderful guy. I’ve had the privilege to meet him a couple of times. What is your preferred genre and do you have any favourite films other than Sister Act?

(laughs) Wow that’s…...you know what….I think when it comes to films, yeah, it depends on what my mood at the time. You know, sometimes you have, like, a mood like sometimes you might want to watch a sci-fi….I like things like Black Mirror and stuff like that, I know it’s not a “film” film, but just like things that take you into another world, it transports you and makes you look into the future and all these kind of things. Sometimes I like the historical things and sometimes I might like a drama. So it depends on the mood (and?) how I’m feeling at the time I connect to different things at different times.

Marc: Yeah over this last year, I’ve been watching a comedy every other night because that was the mood I was in, so I just wanted to watch a comedy, because things where on fire outside (laughs), so yeah.

Ricardo: Yeah. I was going to say, back in the day, I used to like Mike Myers so it’s weird, it’s like very eclectic in my tastes and in music as well. It’s not like conventional, it depends on what I feel at the time. 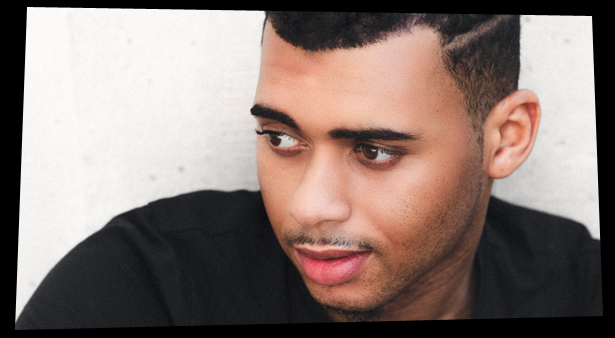