Yesterday, US fans were treated to the exclusive world premiere of Travis Scott’s new music video, ‘Franchise’, which was shown during screenings of Christopher Nolan’s ‘Tenet’. UK cinemas are also set to premiere this film at specific UK sites from today. A full list of participating cinemas can be found below.

Following his work with Christopher Nolan on the IMAX release of Tenet and his featured song ‘The Plan’, Scott has partnered with IMAX to deliver fans a new way to experience his music. Optimised for IMAX cinemas, fans will experience ’Franchise’ with powerful precision sound and the highest quality crystal-clear imagery on the biggest screens. Only IMAX’s unique cinema geometry will immerse audiences into Travis Scott’s vision with an audio-visual experience unlike any other.

Witness ‘Franchise’ in IMAX from today. 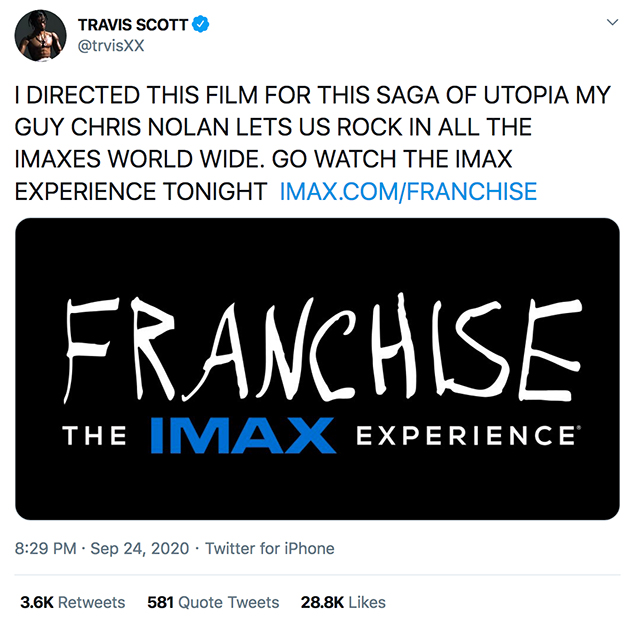 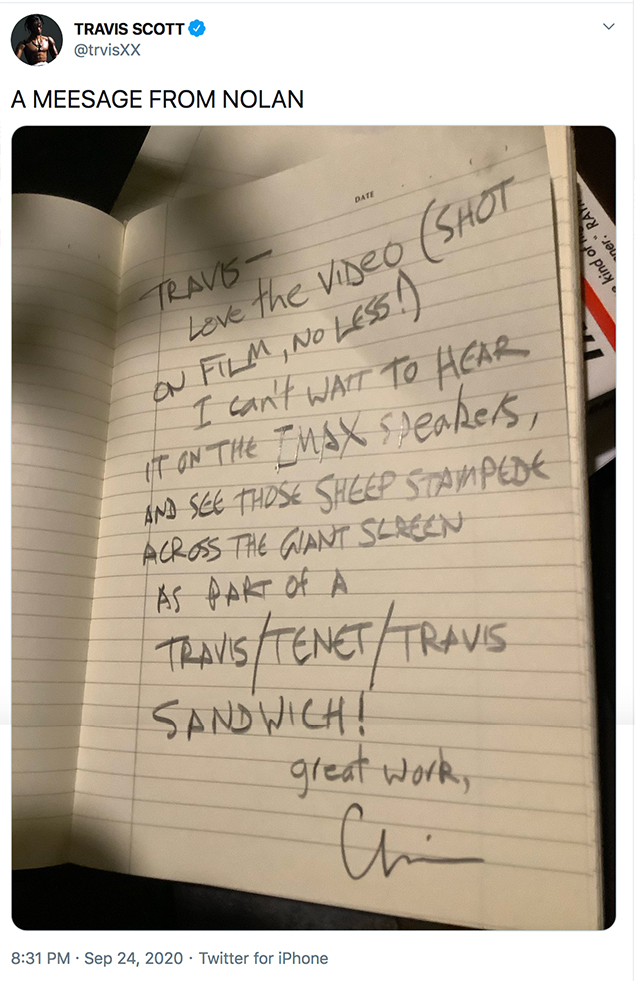 From Friday for one week: