10,000 spectators tuned in to watch 30 gamers from around the UAE compete in the inaugural FIFA tournament during Ramadan, hosted by twofour54 and UAE Pro League

It’s a goal! Abu Dhabi’s media hub, twofour54, and the UAE Pro League successfully hosted its “Ramadan Derby 2020” gaming tournament for FIFA gamers across the UAE. The tournament marked the launch of a gaming partnership between twofour54 and UAE Pro League, which will see them co-host a number of FIFA e-sports tournaments throughout 2020.

The inaugural tournament was hosted on the twofour54 and UAE Pro League Twitch channels from 18-20 May. In line with the Holy Month’s spirit of giving, spectators were encouraged to contribute towards the ‘Together We Are Good’ programme, Ma’an’s social fund that channels community contributions to tackle pressing social challenges.

Attendees were briefed on the methods of submitting contributions to the programme, which seeks to direct societal contributions by providing support through the relevant bodies and institutions with a focus on medical and educational assistance, food supplies and the provision of basic needs as a priority.

30 UAE-based gamers took part in the competition. Emirati Abdulla Altamimi, a 27-year old goalkeeper for Fujairah Football Club, went on to claim victory in a series of nail-biting matches, winning a cash prize of AED 4,500. 10 lucky random viewers were selected from the stream to receive customized merchandise.

During the final round of the tournament, 10 lucky gamers competed against some of the top Arabian Gulf League players and other special guests including football influencers Rayan Yaslem, Khamees Ismaeel and Sl6. 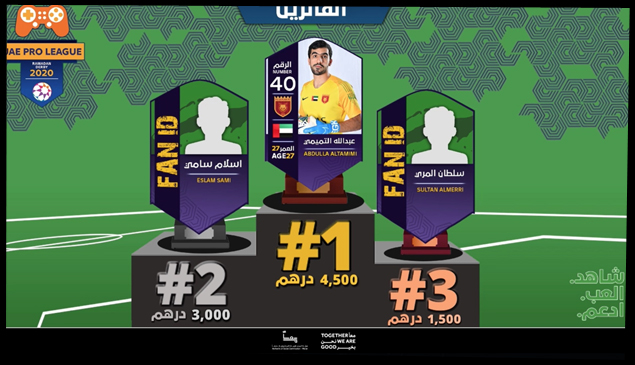 Michael Garin, CEO of twofour54 Abu Dhabi, said: “Gaming and e-sports are among the fastest-growing industries in the world, with plenty of interesting career opportunities for budding players, developers, and designers. In these challenging times, gaming has proved to be both a welcome escape and a way to connect with others.

The gaming industry has flourished at twofour54 - we’re home to some of the most exciting international and regional companies - and count a number of talented gaming freelancers as part of our community. We’re delighted to be forging a long-term partnership with UAE Pro League to help grow this community even more. By bringing together players, spectators, and partners across the UAE, we want to continue to foster an environment that attracts gaming talent to Abu Dhabi’s thriving content creation scene.”

Waleed Al Hosani, CEO of the UAE Pro League, said “The UAE Pro League always strives to be at the forefront of developments in the football industry, with our 2017-2020 strategic plan placing special emphasis on adoption of technology. In recent years, E-sports have risen exponentially in popularity and are set to be one of the emerging trends of the 2020s.

We enjoyed this latest collaboration with twofour54 to bring our fans a quality interactive experience. The tournament marked yet another milestone in our efforts to entertain fans and encourage them to remain engaged with football while they stay at home in compliance with the authorities’ directives aimed at curbing the spread of the COVID-19 pandemic.”

Abdulla Altamimi, tournament winner and goalkeeper for Fujairah Football Club, said “It was a fantastic experience to take part in this tournament. I’d like to thank the UAE Pro League and twofour54 for organizing such a great event, and congratulate my fellow competitors for their high performance. I’m really looking forward to participating in more tournaments like this, and I hope that future events will include competitors from other leagues such as Saudi league.” 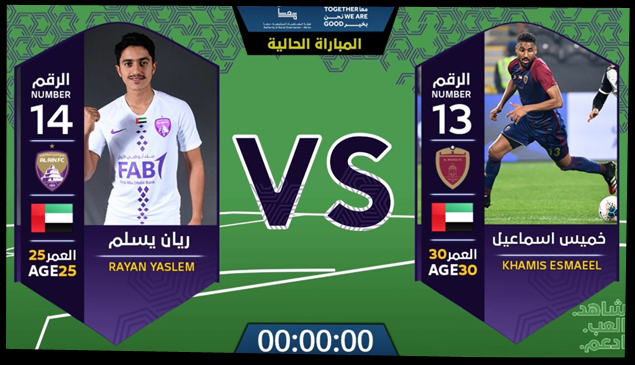 Further tournaments are set to be scheduled soon.

twofour54 have a number of gaming companies within its partner community, including Ubisoft, one of the world’s leading gaming firms, and local gaming companies including Rababa & Falafel, Mena Mobile & Jawaker. The zone is home to over 800 freelancers, many of whom specialise in gaming disciplines, offering access to expertise as well as flexibility for gaming companies.