On behalf of Vertigo Releasing, The Fan Carpet are delighted to announce that THE HUMMINGBIRD PROJECT will be released in UK cinemas on Friday 14th June. Jesse Eisenberg and Alexander Skarsgård star in this financial thriller about high-frequency trading.

In this modern epic, Kim Nguyen exposes the ruthless edge of our increasingly digital world. Cousins from New York, Vincent (Jesse Eisenberg) and Anton (Alexander Skarsgård) are players in the high-stakes game of High-Frequency Trading, where winning is measured in milliseconds. Their dream? To build a straight fiber-optic cable line between Kansas and New Jersey, making them millions. But nothing is straightforward for this flawed pair. Anton is the brains, Vincent is the hustler, and together they push each other and everyone around them to the breaking point with their quixotic adventure.

Constantly breathing down their necks is their old boss Eva Torres (Salma Hayek), a powerful, intoxicating and manipulative trader who will stop at nothing to come between them and beat them at their own game. 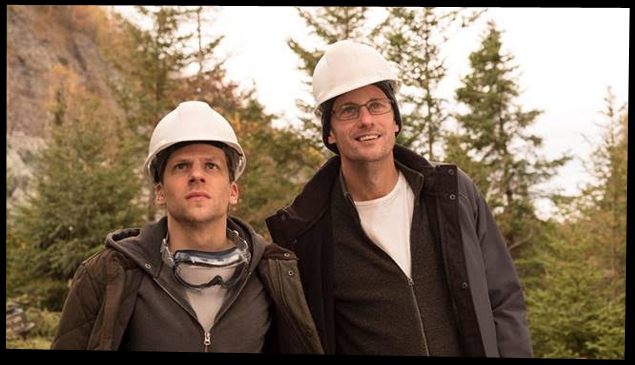 THE HUMMINGBIRD PROJECT IS IN UK CINEMAS FROM FRIDAY JUNE 14