Virtually Speaking was created in lockdown using the latest VR technology and is the world’s first fact entertainment series commissioned for TV and OTT services filmed entirely in VR.

The series launches on August 14th at midnight (BST), on discover.film.

Shot throughout lockdown, the unique, 11-part series introduces an international cast of the craziest characters. This includes a giant grasshopper, a talking cactus and a singing space cat, who all openly discuss big issues affecting everyone. Using the latest VR technology, the cast meet up in a host of glamorous locations: from a space ship to a city roof-top, a futuristic science lab to the inside a computer, all without ever leaving their own homes.

While real people, who are as far apart as Norway and Canada, give quirky insights into a range of interesting topics, it’s their virtual avatars that meet up and do the talking. As friends Oliman and Critezmo, a talking cactus and huge monster, sit around a campfire discussing the concept of work, three dog buddies take to the bath tub and try to predict what the future might look like. 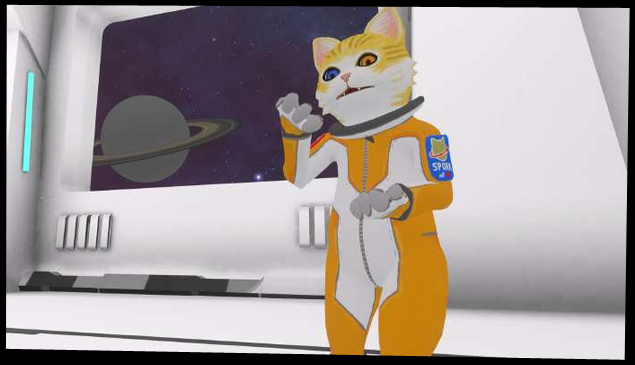 The production is one of the few not slowed down by the pandemic, as Joe Hunting, student filmmaker and series creator, made it entirely in his bedroom, during lockdown.

The first series, commissioned for television and OTT services, that has been filmed entirely in virtual reality is set to be released on August 14th at midnight (BST), by discover.film the global streaming platform for quality short movies and entertainment.

Hunting has said of the experience: "Virtually Speaking is my first commission, having recently graduated with a degree in film production, I’m thrilled to be supported by discover.film in experimenting with a new form of episodic film media made purely inside VR.”

The unique series was commissioned by Jaine Green, Head of Content at discover.film, and kicks off the network’s new original content offering.

Jaine Green explains: “One of our company aims is to support emerging talent and Joe was an obvious choice to make our first piece of original content. As a previous discover.film award winner, I already loved Joe’s approach to filmmaking and share his vision in the huge potential of VR: from both an entertainment and advertising perspective. Besides what’s not to love about a pack of talking dogs and a singing space cat discussing body modification? We are a global platform, providing quality short form entertainment to a diverse and wide-ranging audience, with a huge appetite for fresh and distinctive content. We wanted our first commission to be reflective of the times, internationally relevant, but above all feel-good.”

The series launches on August 14th at midnight (BST), on the discover.film app with ‘Lockdown’, an international perspective of life post Covid.

ABOUT DISCOVER.FILM
discover.film is changing the world of entertainment by making the exciting genre of quality short film mainstream.

discover.film, the global leading freemium platform for quality, short movies and entertainment has amassed hundreds of thousands of subscribers from more than 190 countries. Subscribers can watch thousands of short movies featuring Hollywood stars and emerging talent across all genres and languages from feel good comedies to drama, sci-fi, documentaries and action.

discover.film sources the best short form content from around the world providing a platform through video on demand, a proprietary mobile app, multi-channel distribution and one of the biggest short film festivals in the world, The Discover Film Awards.

Cinema-quality short films are available to stream, Chromecast or download straight to mobile or any internet connected device.