When one PAUL RUDD just isn’t enough... Netflix Announce the Release Date for Timothy Greenberg's LIVING WITH YOURSELF | The Fan Carpet

In his first leading role(s) in a television series, Paul Rudd plays Miles, a man who is struggling in life. When he undergoes a novel spa treatment that promises to make him a better person, he finds he’s been replaced by a new and improved version of himself.

The Netflix original series Living With Yourself is an inventive existential comedy that asks: do we really want to be better? Miles (Paul Rudd) is a man struggling in life. When he undergoes a novel spa treatment that promises to make him a better person, he finds he’s been replaced by a new and improved version of himself. As he deals with the unintended consequences of his actions, Miles finds he must fight for his wife (Aisling Bea), his career, and his very identity. Told from multiple perspectives, the eight-episode series was created and written by Emmy® Award winner Timothy Greenberg (The Daily Show with Jon Stewart), directed by Jonathan Dayton and Valerie Faris (The Battle of the Sexes, Little Miss Sunshine) and stars Paul Rudd and...Paul Rudd. Greenberg executive produces with Anthony Bregman and Jeff Stern for Likely Story, Tony Hernandez for Jax Media, Dayton, Faris, Rudd, and Jeff Blitz. 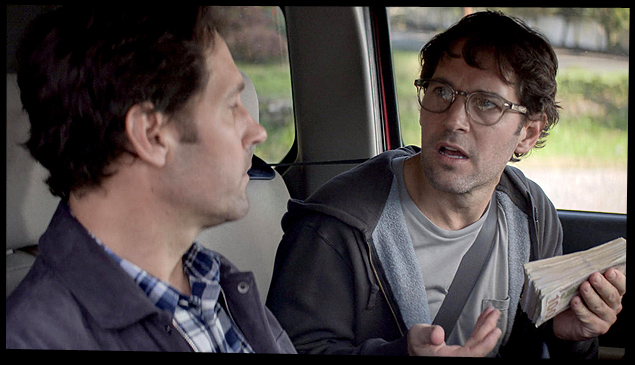 LIVING WITH YOURSELF LAUNCHES GLOBALLY FRIDAY OCTOBER 18 ON NETFLIX

About Netflix
Netflix is the world's leading internet entertainment service with over 151 million paid memberships in over 190 countries enjoying TV series, documentaries and feature films across a wide variety of genres and languages. Members can watch as much as they want, anytime, anywhere, on any internet-connected screen. Members can play, pause and resume watching, all without adverts or commitments.