High school senior Lily and her group of friends live in a haze of texts, posts, selfies and chats just like the rest of the world. So, when an anonymous hacker starts posting details from the private lives of everyone in their small town, the result is absolute madness leaving Lily and her friends questioning whether they’ll live through the night.

Written and directed by award-winning screenwriter Sam Levinson, ASSASSINATION NATION is his second feature, debuting earlier this year to frenzied acclaim at Sundance Film Festival. The film will have its UK premiere as the Gala screening of the Cult Strand of the BFI London Film Festival on 19 October 2018.

Set in modern day Salem, high school senior Lily (Odessa Young) and her crew of besties live in a haze of texts, posts, selfies, and chats. So when a provocateur starts posting details from the private digital lives of everyone in their small town of Salem, the result is Category 5 chaos. People get angry… very angry. And Lily finds herself right in the middle.

Assassination Nation hits UK cinemas on 23 November and in celebration of its release, here’s 6 reasons why you need to see it…

Tackling the most prescient millennial and Gen Z issues: sexism and social media, the film takes on the dangers of our digital age, dissecting internet misogyny, the policing of female sexuality, and all round patriarchal attempts at controlling and monitoring female behaviour both on and offline. A modern re-telling of the Crucible, set in present-day Salem, the film gives new meaning to the term ‘witch hunt’ – a phrase we need to be reclaiming now more than ever, as it gets thrown around by angry men on the wrong side of #MeToo.

It has your favourite of-the-moment gals in it

Suki Waterhouse? Check. Hari Nef? Check. Bella Thorne? Check. And to balance it out - Bill Skarsgard in another creepy role. What more could we want?

It’s the feminist answer to The Purge

Love horror films, but feel like women are seldom given much agency in them? Look no further, as the four badass teenagers targeted by the mob hysteria of the town fight back with all the fury of young women taking full control of their identities.

Feeling more and more depressed and disillusioned with every consecutive news cycle about the American president? Assassination Nation takes all those feelings of helplessness and anger at the hypocrisy and lack of empathy of recent political events, and channels them through this stylish and gory morality tale that will leave you feeling shocked but empowered. Grab your mates and your red macs and get your voices heard!

It looks and sounds amazing

Just when you thought you couldn’t get more on board, we’re here to tell you the film is also gloriously shot, and has a pumping soundtrack – like a music video you want to watch on loop until you’ve memorised every frame.

It will be your new style moodboard

You don’t need to be in high school to rock booty shorts, cute crop tops, and badass red macs: you just need a bit of attitude and the confidence that the world belongs to you. With an edgy throwback to the 90s and a subversive take on the American high school teen look, we’ll be rocking these outfits and daring anyone to question our right to express ourselves. 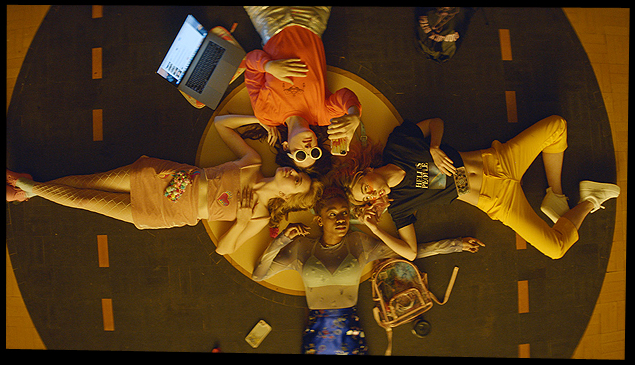