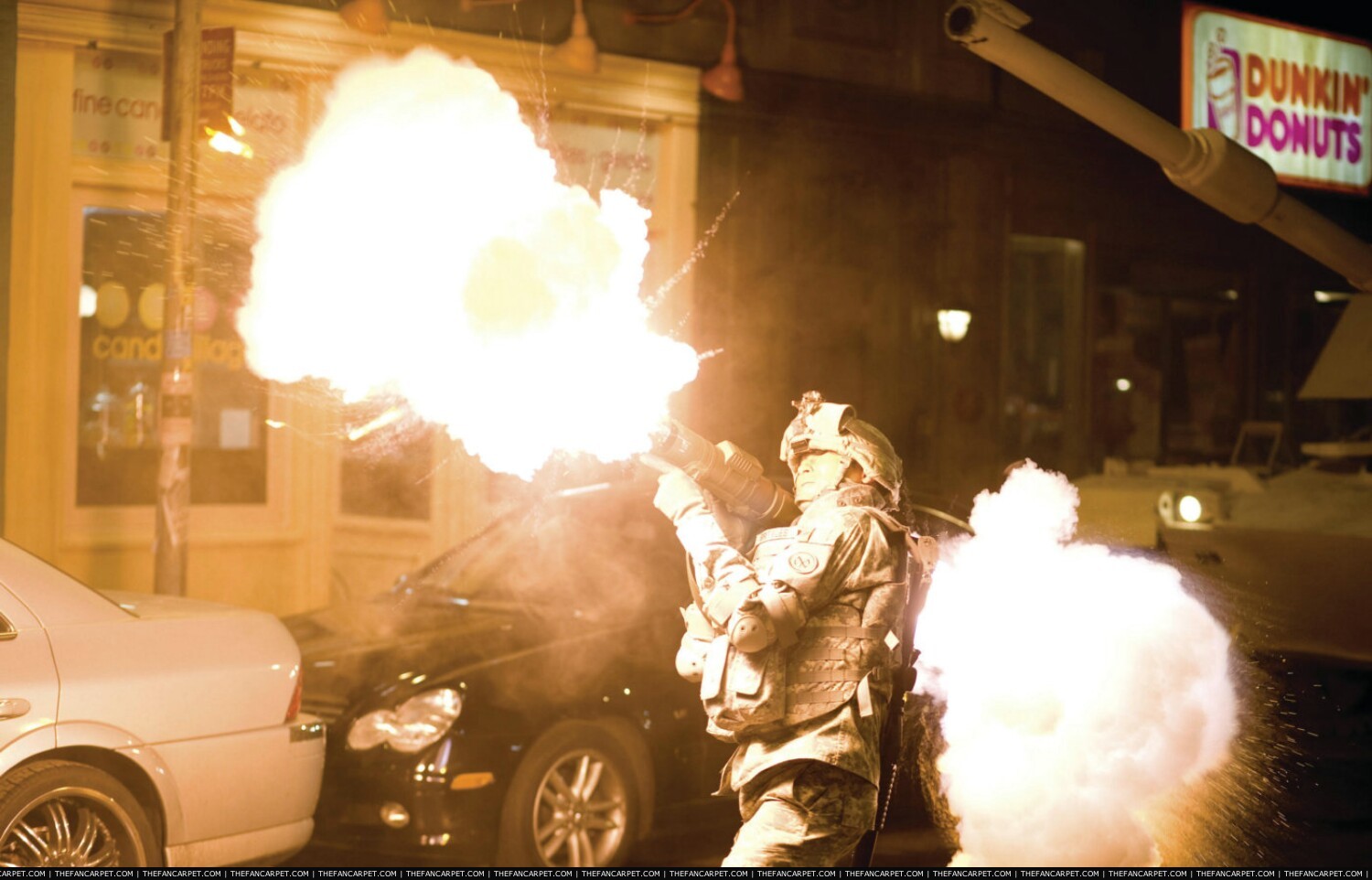 From J.J. Abrams, the extraordinary talent that brought us Lost and director Matt Reeves comes CLOVERFIELD, one of the most terrifying, groundbreaking and critically acclaimed thrillers to hit the big screen in 2008, available on DVD from June 9 2008.

On the eve of his departure for Japan, Rob (newcomer Michael Stahl-David) sees his going-away party as an opportunity to confess unresolved feelings and tie up loose ends. However, his agenda takes an unexpected turn when a jolt shakes the revellers. The crowd quiets down to watch news reports of an earthquake, then rushes to the roof to assess the damage. A fireball explodes on the distant horizon. A power failure follows. Confusion gives way to panic as the partygoers stumble through the blackout and into the streets.

Shot entirely through the group’s camcorder, the shaky camera action further heightens the sense of terror as the six young friends attempt to stay one step ahead of an unknown – and seemingly unstoppable – force that is rampaging its way through New York City.

CLOVERFIELD is an exhilarating movie experience that will leave you on the edge of your seat as you get drawn into this spine-tingling action thriller. The two disc Special Edition is jam packed with over 2 hours of bonus materials including ‘Alternative Endings’, ‘The Making of Cloverfield’, ‘Cloverfield Visual Effects’ and commentary from Director Matt Reeves, making CLOVERFIELD a must have for any thrill-seeking movie fans this summer.

Cloverfield is an original and fresh idea. It's Blair Witch Project meets Independence Day. But it's done with style, heart, and a surprising amount of substance. While The Blair Witch Project featured annoying people screaming at each other, this...