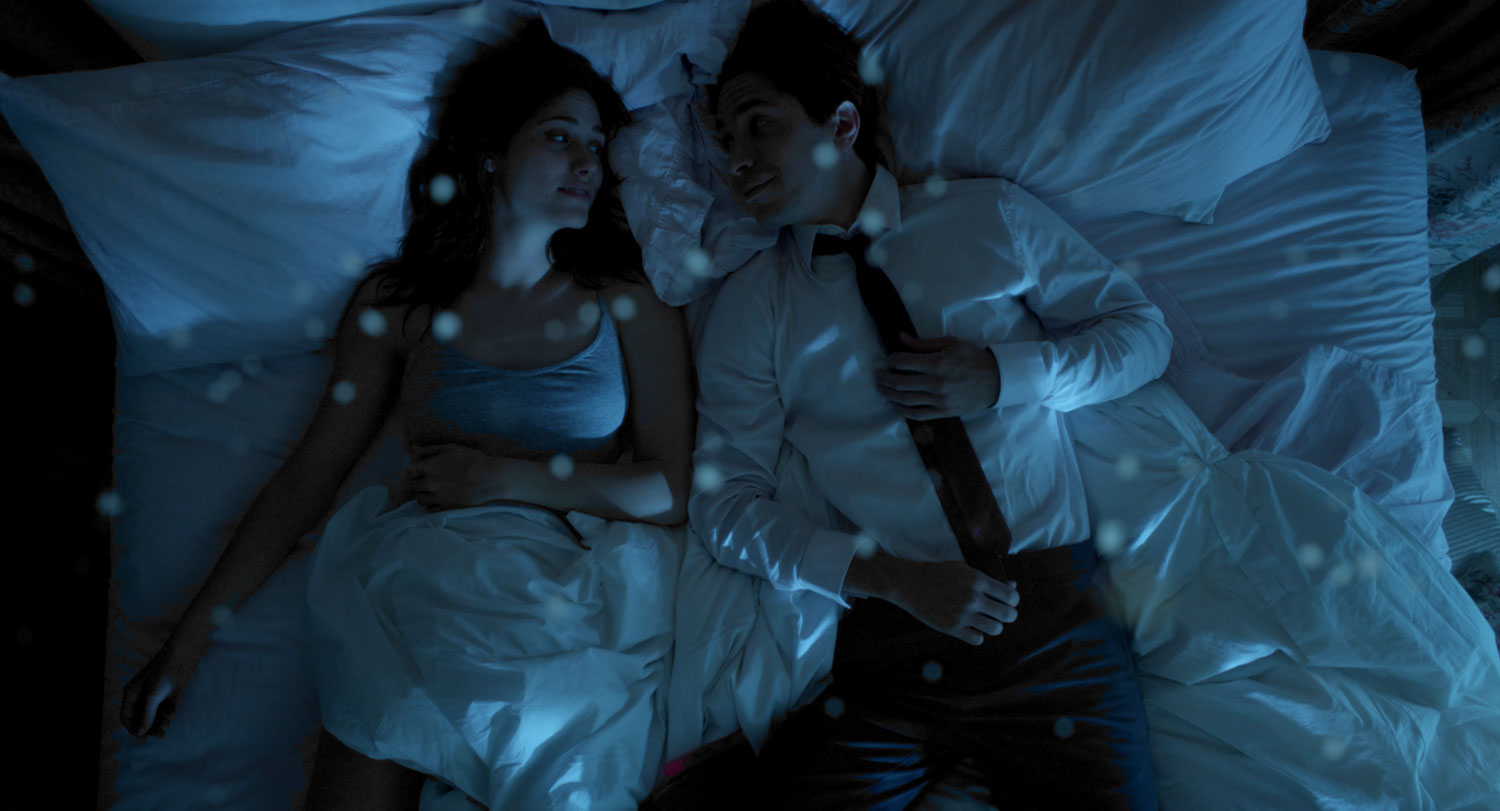 Comet explores the six-year relationship between Dell and Kimberly, as it skips around between five pivotal moments. Set in a parallel universe only slightly different from ours, Dell first meets Kimberly while waiting in line to watch a meteor shower at the Hollywood Forever cemetery. When he spots Kimberly, he is almost hit by a car, flooding his vision with a series of unusual glimpses of their future together. Despite Kimberly being on a date with a much better-looking man, Dell pursues her but she rebukes his advances. As the night goes on, however, Dell playfully convinces Kimberly to keep talking to him. They gradually become each other as they spend the night together.

Jumping ahead, we find them in a two-year relationship, as they get ready for a friend’s wedding in their Parisian hotel room. Kimberly grows annoyed with Dell as he gives unenthusiastic responses to her questions about their future. Unbeknownst to her, Dell is actually looking for the right moment to propose.

Another year past that, Dell and Kimberly run into each other at a train station, revealing that they have not seen each other since the wedding, and that Paris precipitated a big fight that led to their first break-up. Dell and Kimberly both board the train, then mention they are seeing other people, which upsets Dell deeply. At first they are short with each other, but they begin to regain their old chemistry. Dell reveals that he wants Kimberly back and that he doesn’t really have a girlfriend. He asks Kimberly to get off at the next stop with him.

Skipping ahead yet another year, they are back together. Dell calls Kimberly from New York, and signs of trouble in their relationship resurface. Kimberly admits that she has been texting her ex, Jack. Dell is furious and yells at her, and a nasty fight ensues.

In the last vignette (present day), Dell visits Kimberly’s apartment and awkwardly talks to her, as they have not seen each other in a long time. Dell discovers that Kimberly is engaged to Jack. Dell tells Kimberly that he was motivated to see her because he had dreamed their conversation up along with the other moments we’ve been watching.

Across these five separate sequences, Comet jumps around, back and forth, as it explores the defining moments of Dell and Kimberly’s relationship. Reality starts to come into question as surreal manifestations of love and heartbreak take over, blurring the lines between memories and dreams.

In most stories we hear, in whatever format they may be in, these tales tend to involve love. By 2015 you would have expected the material of the ‘love story’ to have been stretched thin of originality and grown old and overused in theme. Sam ...