Disturbing The Peace | The Fan Carpet 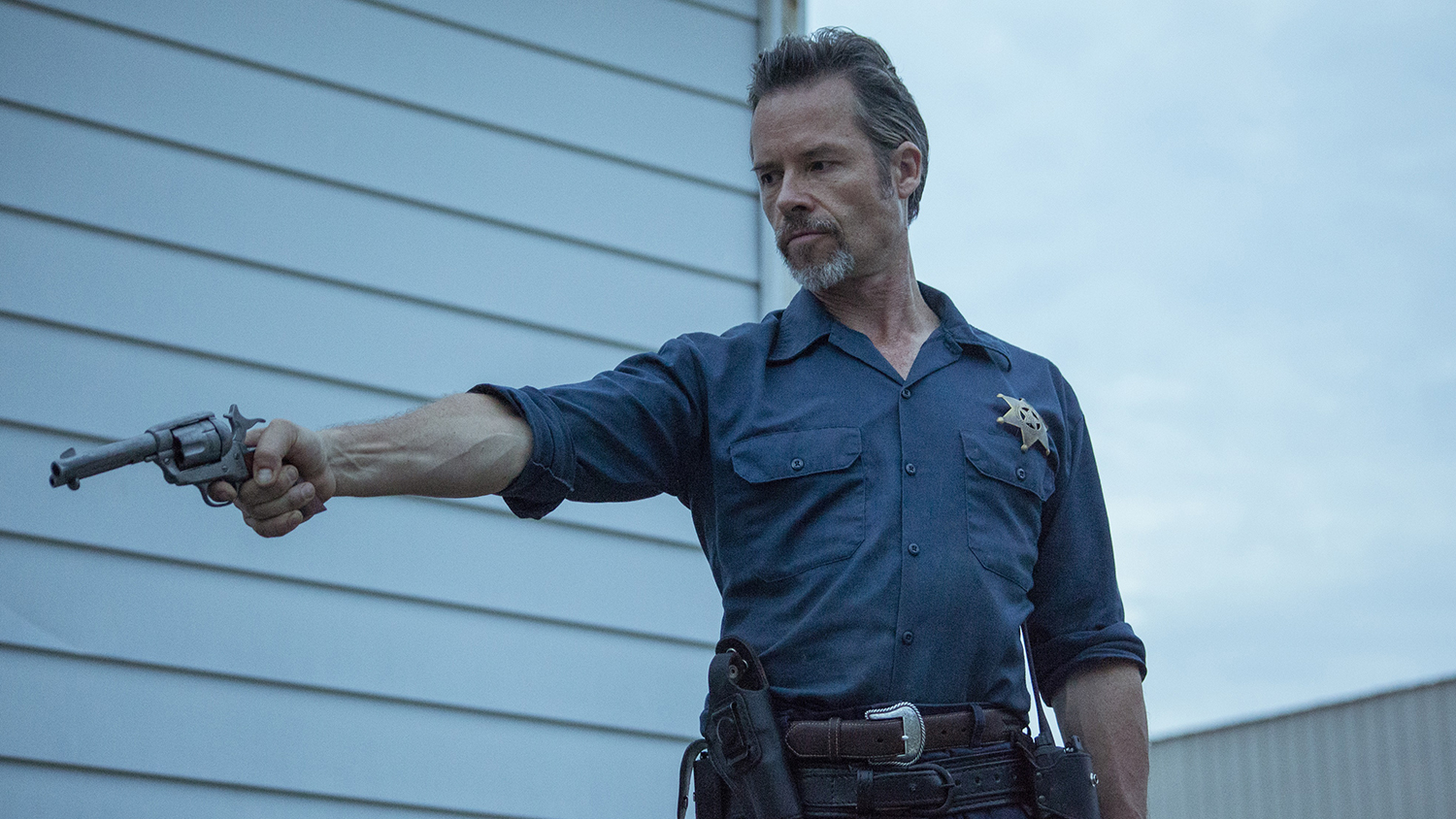 Disturbing The Peace. Guy Pearce stars as a broken cop who has to step-up to the plate in this thrilling actioner from the producers of The Hurt Locker and Bone Tomahawk. Jim Dillon (Guy Pearce, Prometheus) is the Silver Rock town marshal, an ex-Texas Ranger who hasn’t carried a gun in ten years, not since one of his bullets paralyzed his partner during a shootout. One day a couple of outlaw bikers ride into town, and what first looks like a bit of trouble soon turns into a serious hostage situation. When Jim finds out that the gang’s leader – a psycho who goes by the name Diablo – intends to kill everyone he’s taken hostage and leave no witnesses, it’s time to pick up the gun he hasn’t touched in a decade… This is a bold, action-packed feature also starring Devon Sawa (Final Destination), Michael Bellisario (NCIS) and Barbie Blank (WWE).