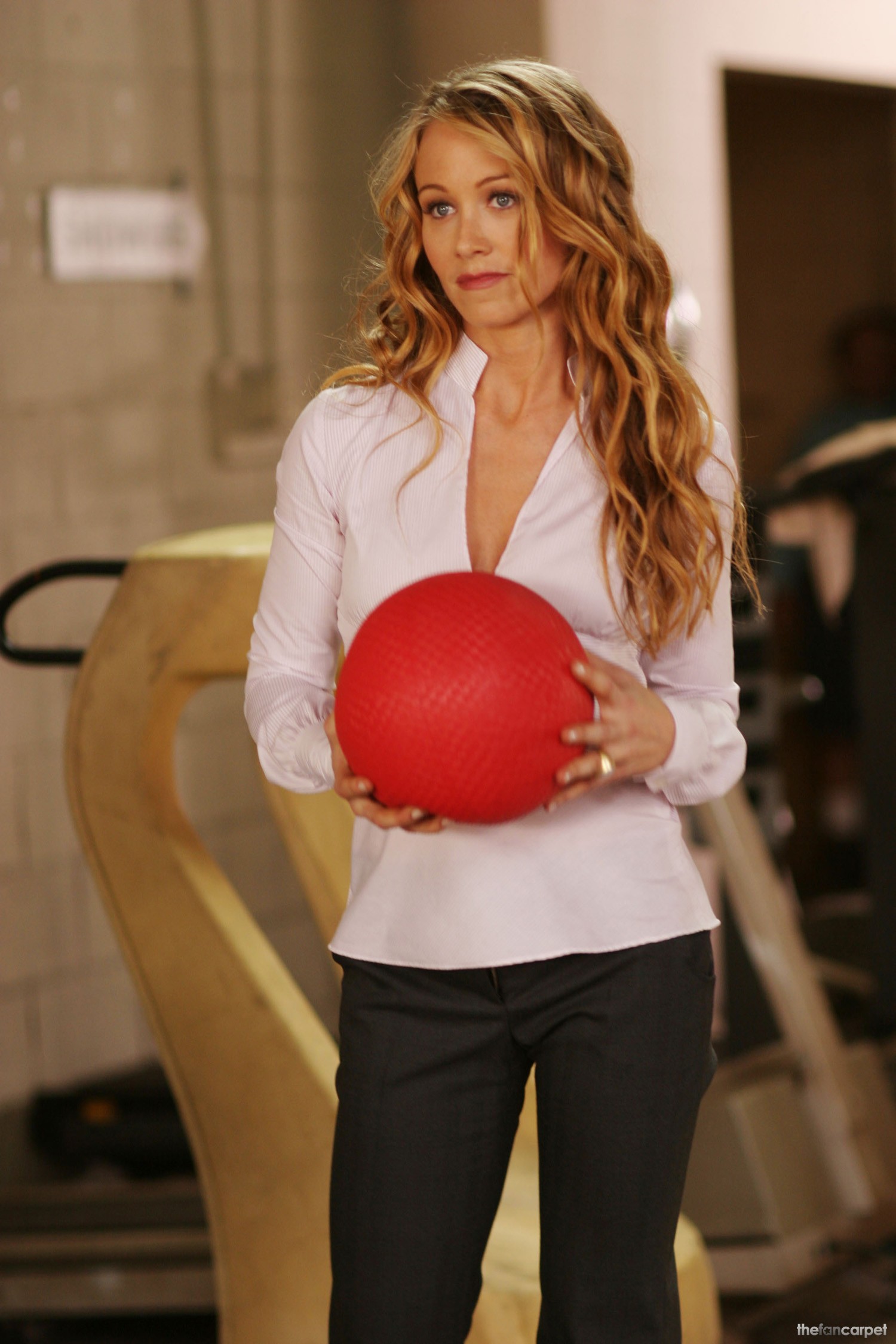 The time is ripe for a poignant motion picture that brings dignity and respect to the world of competitive dodgeball. A tale in the tradition of great films about legendary sports heroes. An emotionally stirring look at the thrills of victory and the heartbreaks of defeat.

We’ll let you know when that movie is made.

In the meantime, we have DODGEBALL: A TRUE UNDERDOG STORY, a film that grabs life by the ball. The story’s protagonist, Peter LaFleur (Vince Vaughn), is a charismatic underachiever and proprietor of a rundown gym called Average Joe’s. The facility’s clientele of decidedly less-than-“average Joes” is made up of a self-styled pirate, a scrawny nerd who dreams of impressing an unattainable cheerleader, an obsessive aficionado of obscure sports, a dim-witted young man, and a cocky know-it-all who, of course, really knows nothing.

Peter’s humble gym catches the eye of White Goodman (Ben Stiller), the power-mullet-sporting, Fu-Manchu-d, egomaniacal owner of Globo Gym, a gleaming monolith of fitness. White intends to take over Average Joe’s, and Peter’s non-existent bookkeeping is making it all too easy for him. A foreclosing bank has stationed attorney Kate Veatch (Christine Taylor) inside Average Joe’s to finalize Globo’s takeover of the gym. But Peter’s boyish charms win her over and Kate joins his team of social rejects to beat the odds – and their own ineptitude – to try to save Average Joe’s. How? A showdown dodgeball competition against Globo Gym.