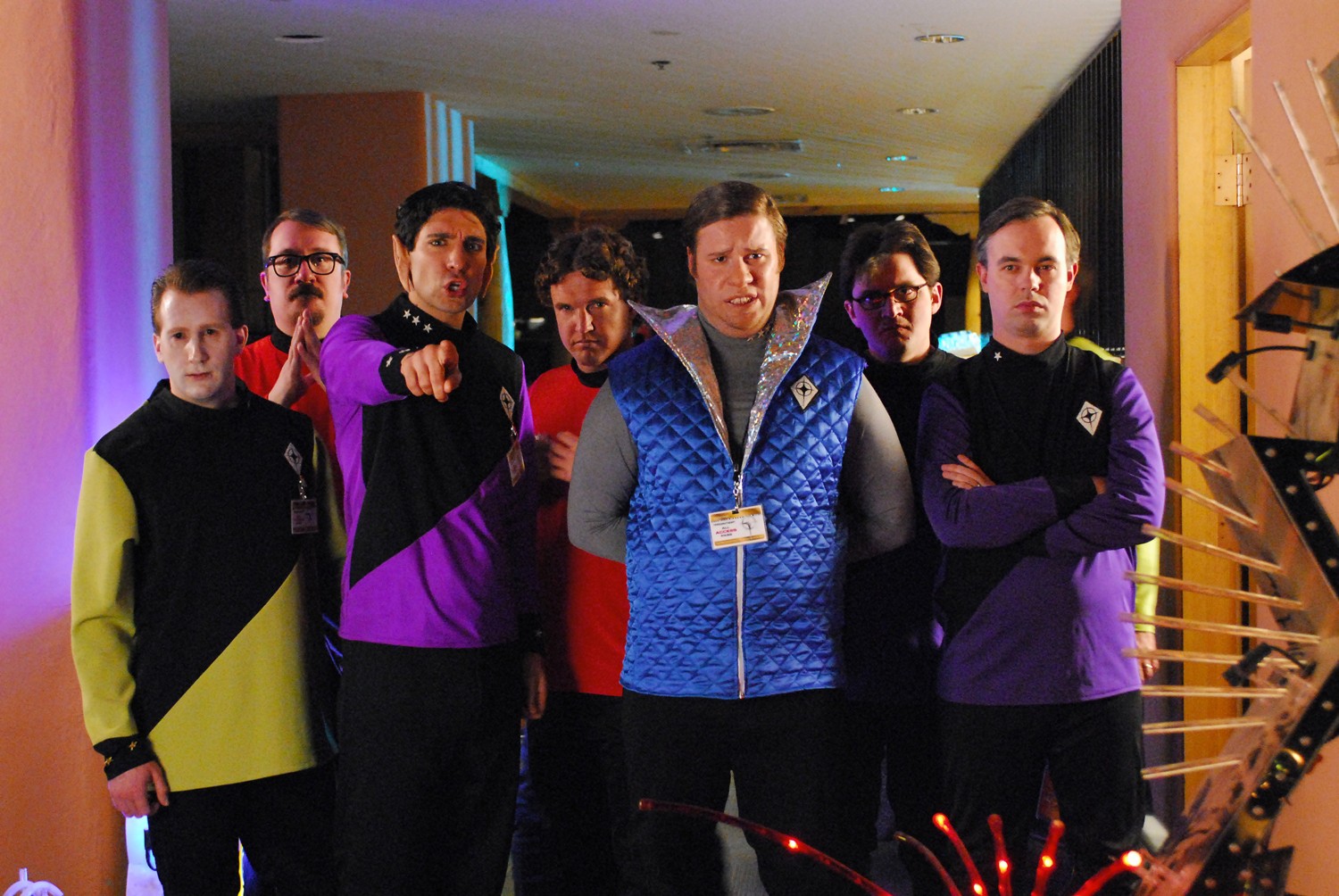 A long time ago in a galaxy far, far away… well, 1976 in California, there was a God, and that God was named George Lucas, and he created the greatest and most remarkable movie saga ever known to Man, Droid or Wookie…Star Wars. Lightspeed ahead to 1998 and four Star Wars fans hit the road in search of the impossible in the hilarious road trip comedy FANBOYS, released on Blu-ray and DVD on 4 October from Anchor Bay Entertainment.

Spurred by their impatience and an undying loyalty to their cause, five former high school friends reunite to undertake the road trip of their fan-tasies. Travelling west, across America to visit their Mecca – George Lucas’ Skywalker Ranch.  The plan is to break in, steal the first cut of The Phantom Menace six months before its worldwide release and stake their claim to be the first fanboys in history to watch it. They will need more than the force to be with them to overcome bizarre bikers, a crazy pimp and a deranged crew of Trekkies along their quest to hilarious consequences.