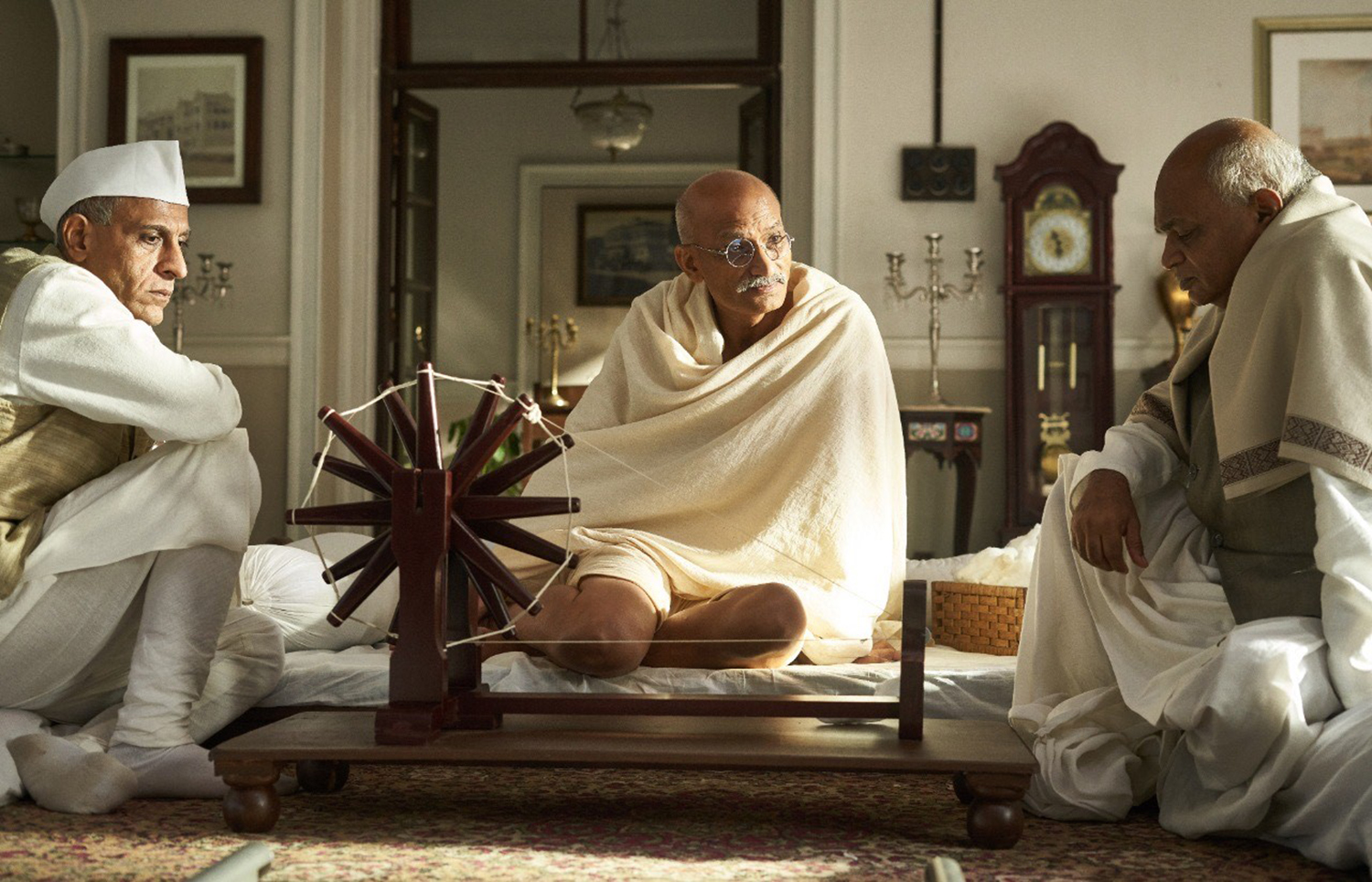 GANDHI-GODSE EK YUDH. The film, Gandhi Godse: Ek Yuddh begins on 3rd January, 1948. Thousands of bruised, shattered and ruined Hindu and Sikh refugees uprooted from Pakistan land up in the capital city, Delhi. The newly formed government of India is unable to provide food and shelter to the refugees. The pro Hindutva people including Nathuram Godse believe that Gandhi is responsible for the partition and massacre of thousands of Hindus and Sikhs in Pakistan. Godse hates Gandhi because he thinks that the latter is biased towards Muslims at the cost of Hindus. He plans and shoots Gandhi on 30th January, 1948.

Gandhi is miraculously saved by the doctors in the hospital to the joy of millions across the world. After he recovers, he goes to meet Godse in Jail. Godse tells him his reasons for shooting at him. Gandhi hears him out patiently and tells him that he has no grudges against him and has pardoned him. He also writes to the court that he has forgiven Godse.

Gandhi suggests to Nehru, Patel and the other important leaders of Congress that the Congress should be dissolved now because it was a platform where people from all beliefs, religions, castes and sects came together to fight against the British. Now as they have got independence, the purpose of Congress is over. They should now form a new party with a fresh manifesto and seek people’s mandate. The Congress leaders hesitate. Gandhi also suggests that they must all go to villages and empower them as he always believed that the soul of India resides in villages. Congress committee rejects Gandhi’s proposal. Gandhi breaks ties with Congress.

He organizes the tribal and villagers, he inspires and motivates them to become self-reliant. He gives Gram Panchayat a strong administrative form. Gandhi’s experiment in Prayog Ashram  inspires nearby villagers to follow.  He also teaches them how to resist and fight the persisting oppression in the society. He stands against a corrupt Patwari, a forest officer and an exploitative middleman.

With the increasing interference of Gandhi in the governance of India, Gandhi gets arrested by the Nehru’s ruling Government. Gandhi insists that he should be sent to the same prison where Godse is imprisoned. Government with no choice, sends Gandhi to the same prison where he meets Godse and an interesting debate takes place between them.  The debates explore the fallacy in each other’s ideologies and how those debates truly change their characters.