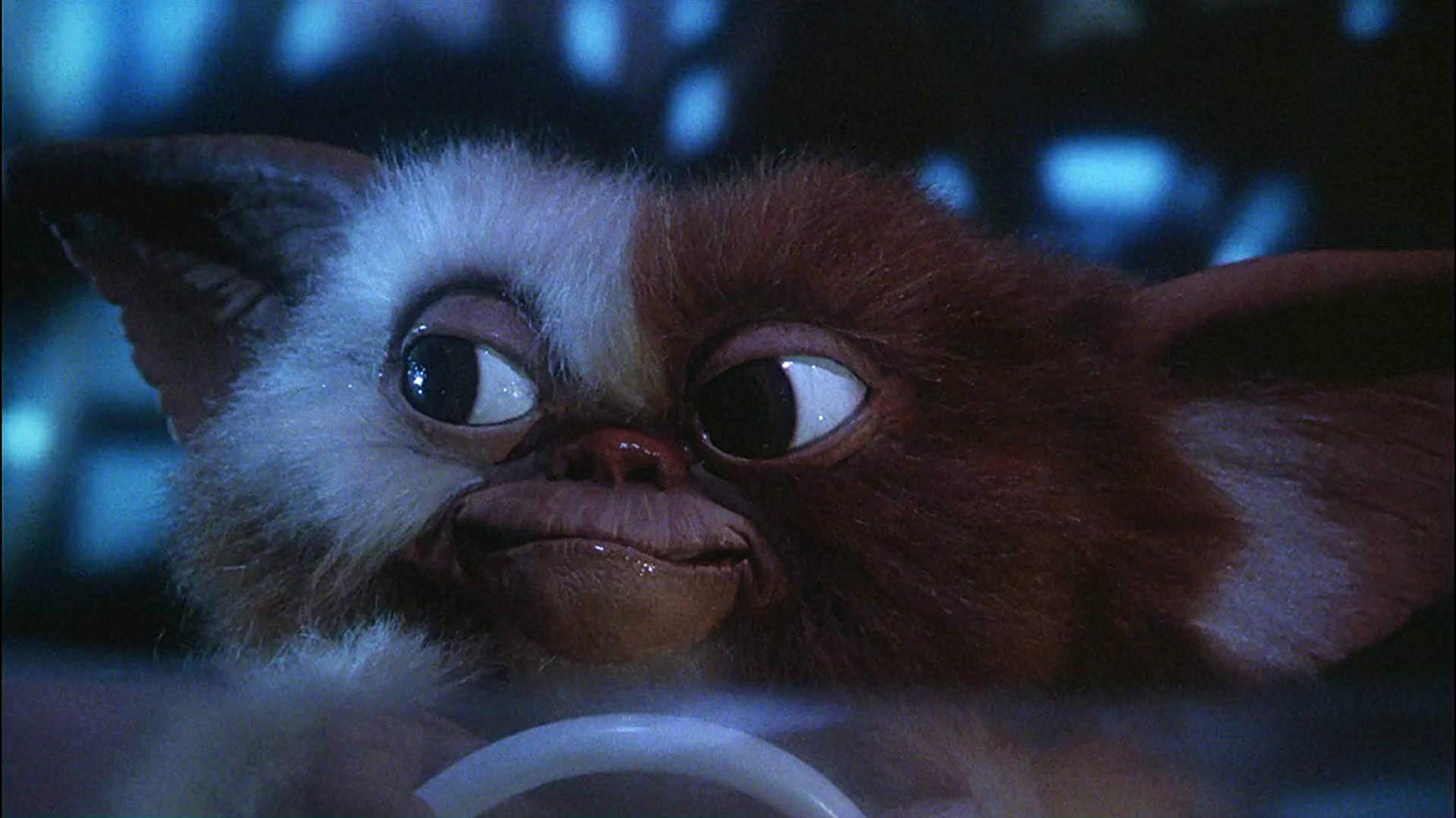 GREMLINS. Young Billy Peltzer’s (Zach Galligan) everyday smalltown life is given a lift when his travelling salesman father Rand (Hoyt Axton) buys him the ultimate Christmas gift in a far-off Chinatown–the mogwai–an adorable little big-eared, furry, brown and white creature. But the old man who sold the creature gave three rules that must always be followed when caring for the mogwai: 1) no water 2) no food after midnight 2) no bright light. When Billy inadvertently violates these first two rules, the small town of Kingston Falls is turned upside down by a legion of green, nasty gremlins! The line between comedy and horror is deftly straddled by director Joe Dante (PIRANHA, SMALL SOLDIERS) in this modern genre classic. Produced by Steven Spielberg, from a script by Chris Columbus (GOONIES).