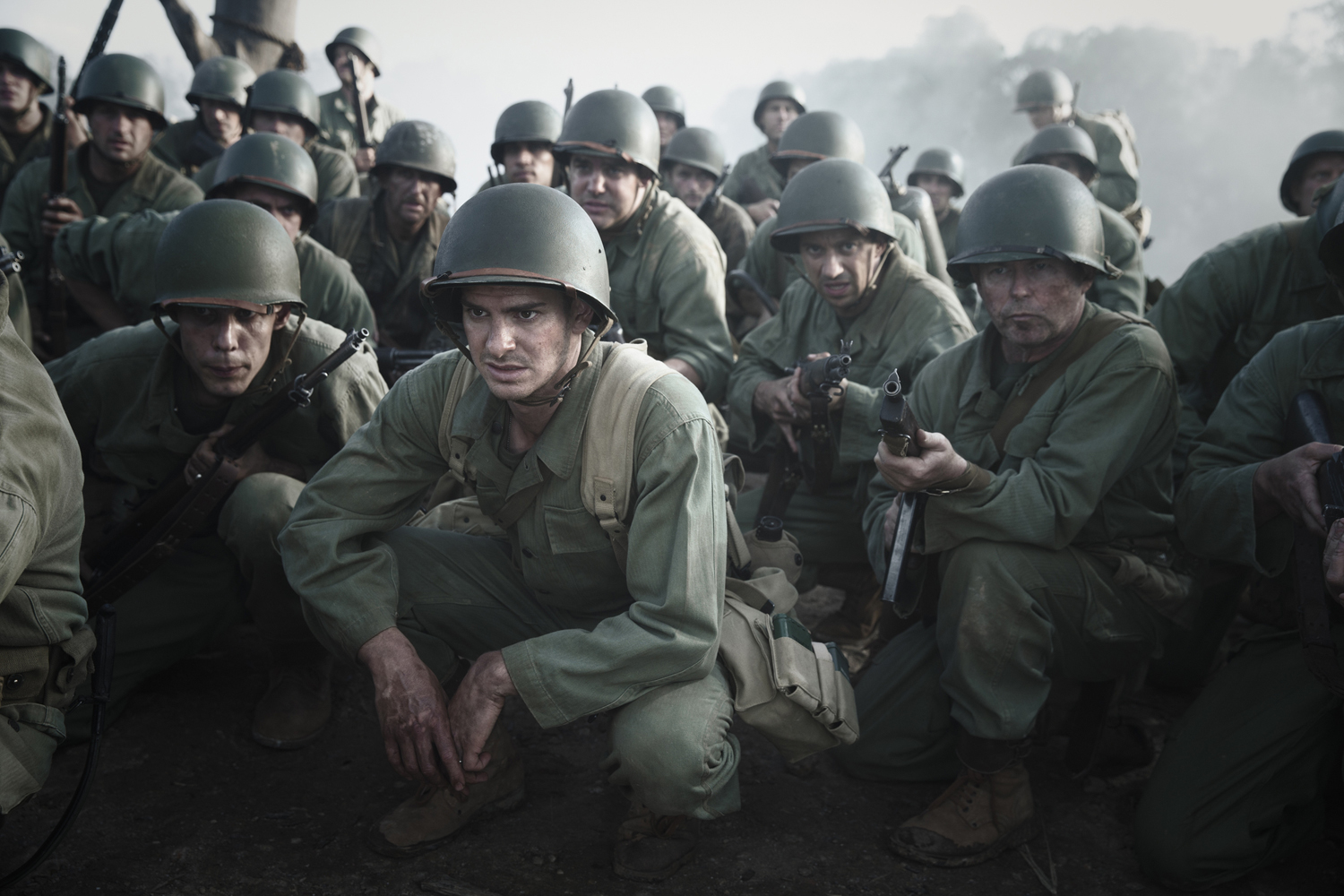 HACKSAW RIDGE is the extraordinary true story of Desmond Doss (BAFTA winner and Golden Globe nominee Andrew Garfield) who, in Okinawa during the bloodiest battle of WWII, saved 75 men without firing or carrying a gun. He was the only American soldier in WWII to fight on the front lines without a weapon, as he believed that while the war was justified, killing was nevertheless wrong. As an army medic, he single-handedly evacuated the wounded from behind enemy lines, braved fire while tending to soldiers and was wounded by a grenade and hit by snipers. Doss was the first conscientious objector awarded the Congressional Medal of Honour.

A film about faith and beliefs, starring Andrew Garfield. Starting with this sentence I would have expected to be writing about Silence. But here I am, jotting down my impressions of Mel Gibson’s Hacksaw Ridge. This gripping WW2 tale, focussing ...