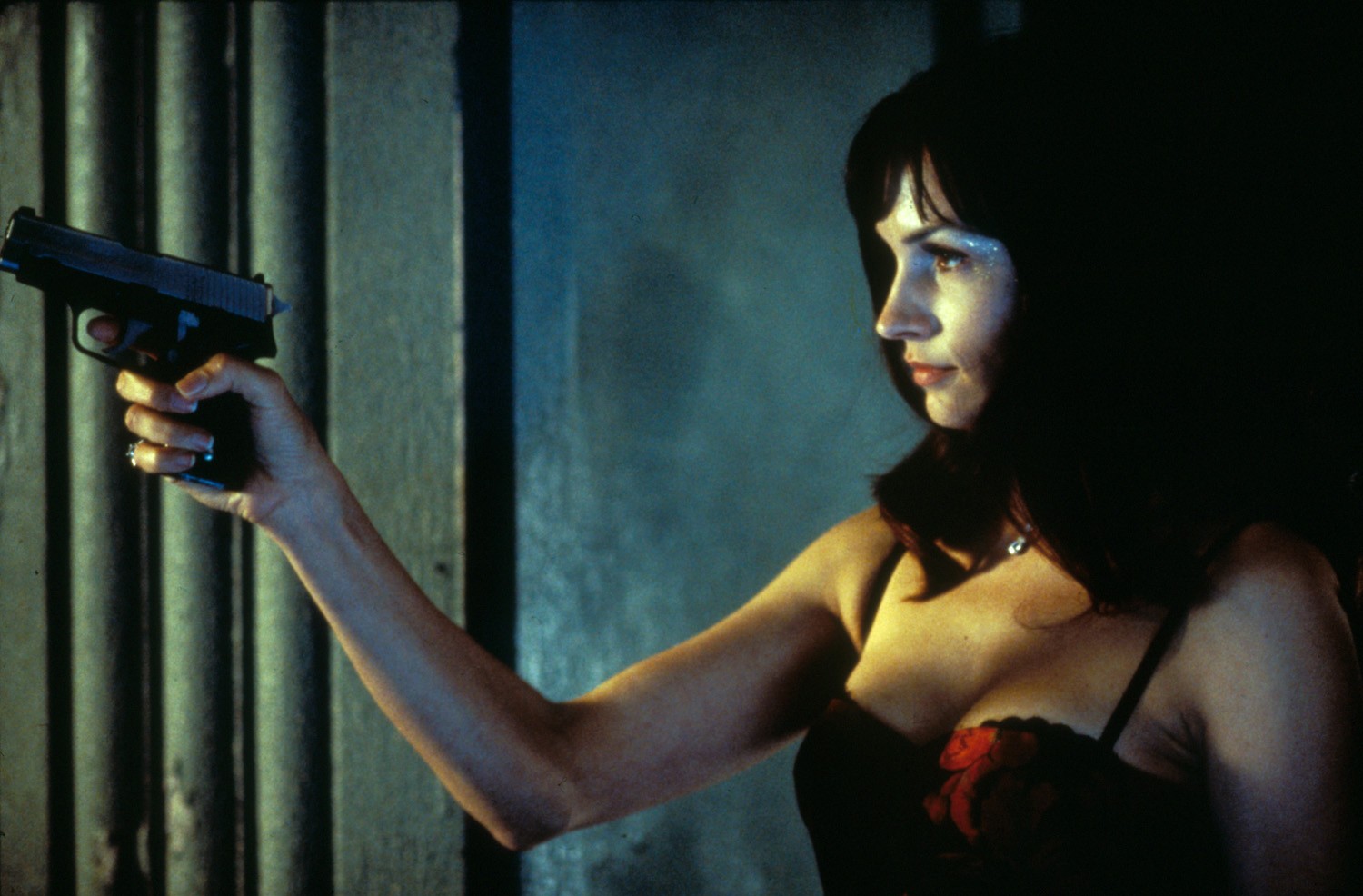 Steven Price (a very hammy Rush) is a wealthy amusement park owner who invites several strangers to his shrewish wife’s birthday party, this year held in the abandoned Vannacutt Institute for the Mentally Insane. There, he offers a prize of one million dollars to each party-goer who can spend the entire night in the creepy and cavernous building. As Mr. and Mrs. Price play a bitter game of cat and mouse, the guests begin to think there are more ominous forces at work, especially after the body count begins to creep higher and higher. A remake of the 1958 low-budgeter starring Vincent Price.