In The Loop | The Fan Carpet 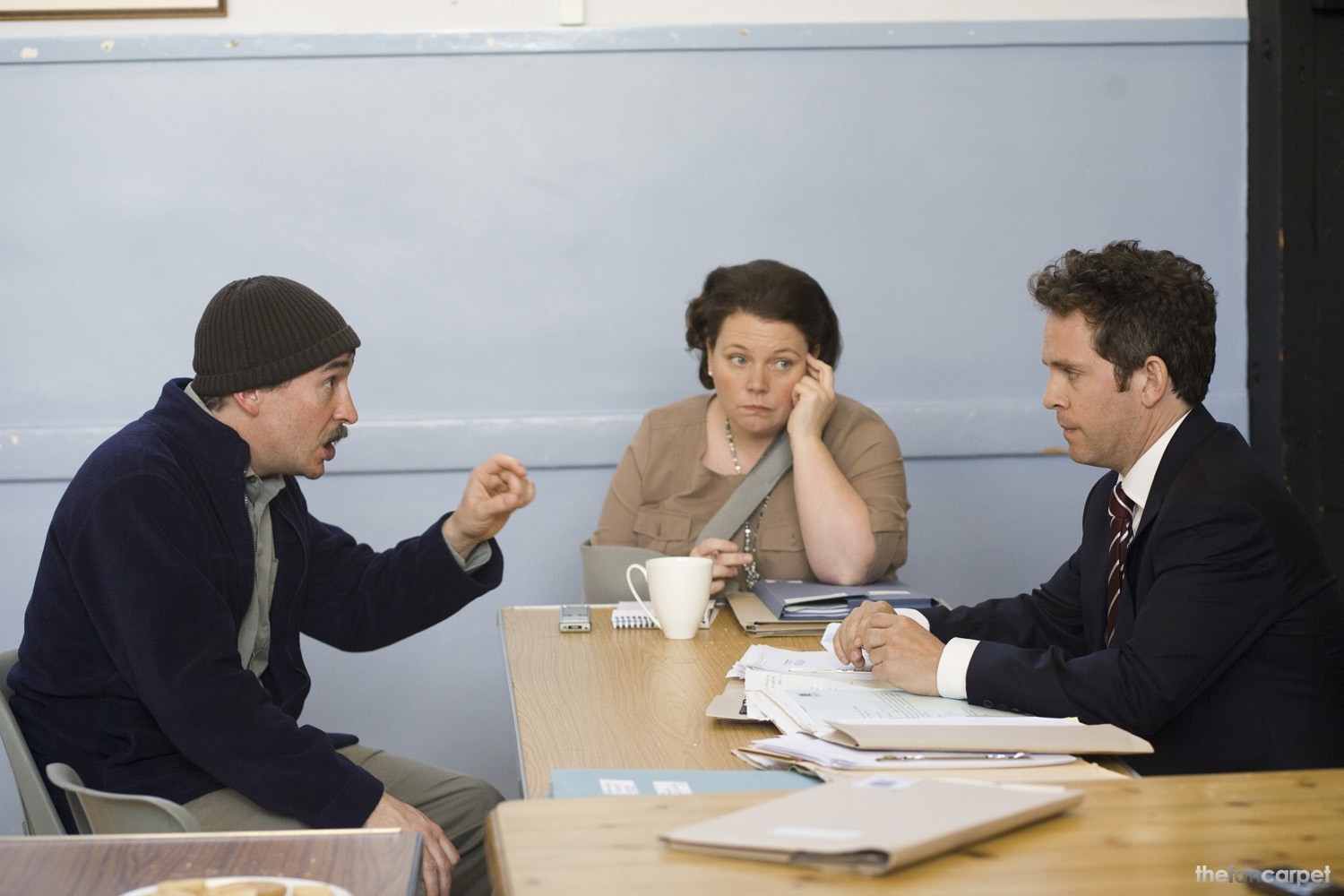 In The Loop is a polical satire comedy based on the BBC TV series The Thick Of It, in the big screen version The US President and UK Prime Minister fancy a war. But not everyone agrees that war is a good thing. The US General Miller (James Gandolfini) doesn’t think so and neither does the British Secretary of State for International Development, Simon Foster (Tom Hollander).

But, after Simon accidentally backs military action on TV, he suddenly has a lot of friends in Washington, DC.

If Simon can get in with the right DC people, if his entourage of one (Chris Addison) can sleep with the right intern (Anna Chlumsky), and if they can both stop the Prime Minister’s chief spin-doctor Malcolm Tucker (Peter Capaldi) rigging the vote at the UN, they can halt the war.

If they don’t… well, they can always sack their Director of Communications Judy (Gina McKee), who they never liked anyway and who’s back home dealing with voters with blocked drains and a man who’s angry about a collapsing wall (Steve Coogan).

Armando Iannucci has been one of the most influential figures in comedy for the last 20 years uniting such brilliant comedians as Chris Morris, Stewart Lee and Steve Coogan and producing the crème de la crème of satire in The Day Tod...