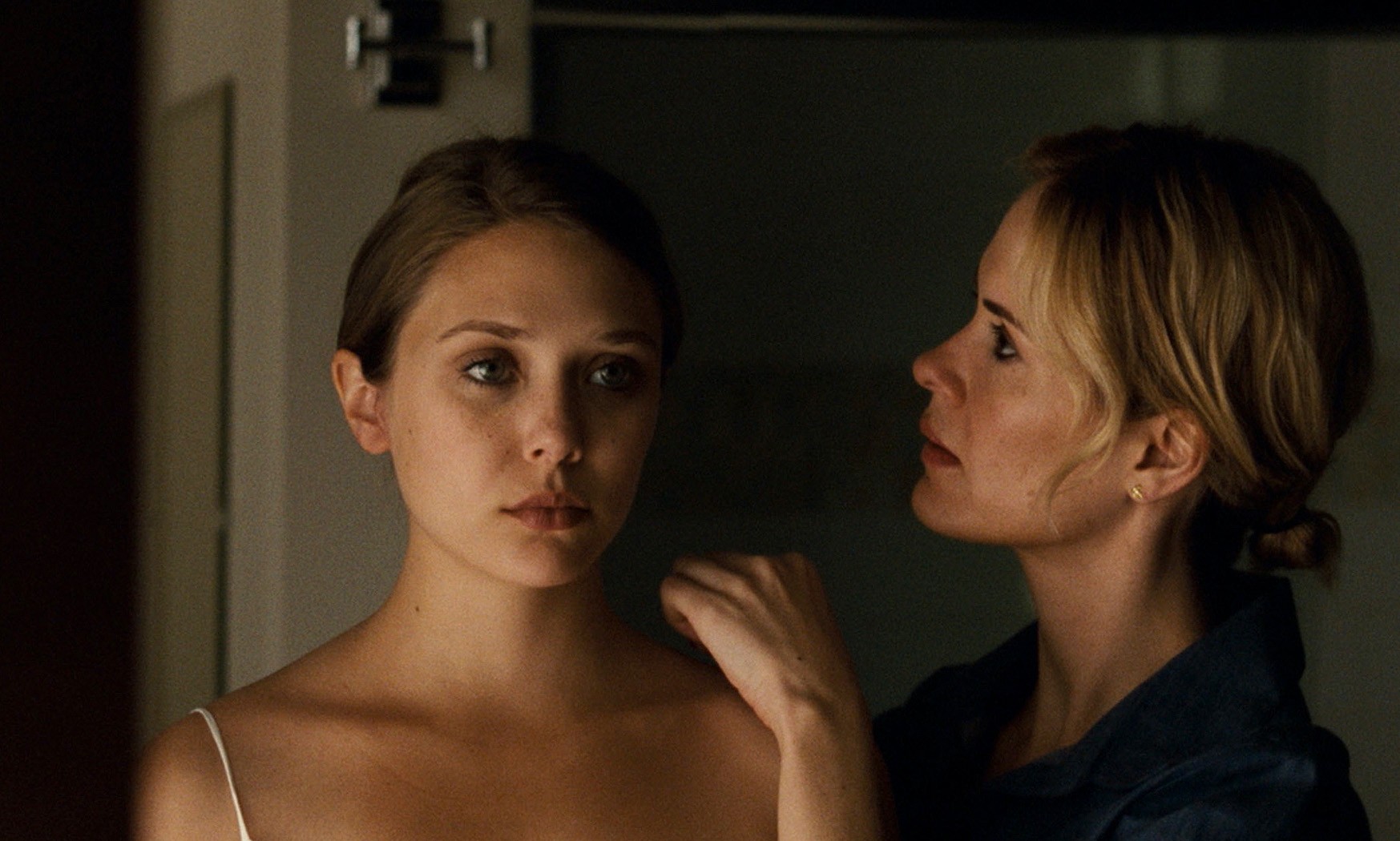 Elizabeth Olsen stars in director Sean Durkin’s psychological thriller, MARTHA MARCY MAY MARLENE, about a young woman who undergoes an explosive crisis of identity after escaping the confines of a rural cult-like farming community. Trapped by unsettling flashes of memories from the past and visions of a perilous future, she becomes taken over by an unsettling sense of fear, leaving her consumed by paranoia and a mysterious burden of guilt.

The film, winner of the Best Director Award at this year’s Sundance Film Festival and the Cannes Prix de la Jeunesse, begins with Martha (Elizabeth Olsen in her feature film debut) running from an idyllic farmhouse into the woods of Upstate New York. Terrified, and with nowhere to turn, she calls the estranged sister she hasn’t seen in years (Sarah Paulson), and suddenly finds herself in a lush, lakeside Connecticut summerhouse with Lucy and her new husband Ted (Hugh Dancy). Yet, the beauty and comfort of Martha’s new surroundings clash with everything she is feeling as a secret fugitive from an unexplainable world, and so long away from society’s rules, she is unable to act in a way others find normal.

Martha may have run away, but she still is held captive by memories that slowly, devastatingly, begin to creep up on her. Seeping into her fledgling new life, revealing all that she has been through, from the innocent desire for familial love that brought her to a secluded farm commune to her chilling relationship with the fatherly but manipulative community leader Patrick (John Hawkes). Building, until they expose the heart-stopping source of her mounting dread.

The result is a closely observed tale of psychological suspense that is also an arresting meditation on identity, vulnerability and the hunger for family in forms both tender and dangerous.

If you can manage to untangle your tongue, going to a cinema's box office and asking for 'a ticket to Martha Marcy May Marlene please' may just be one of the wiser moves you can make this month.