Monsters Vs Aliens | The Fan Carpet 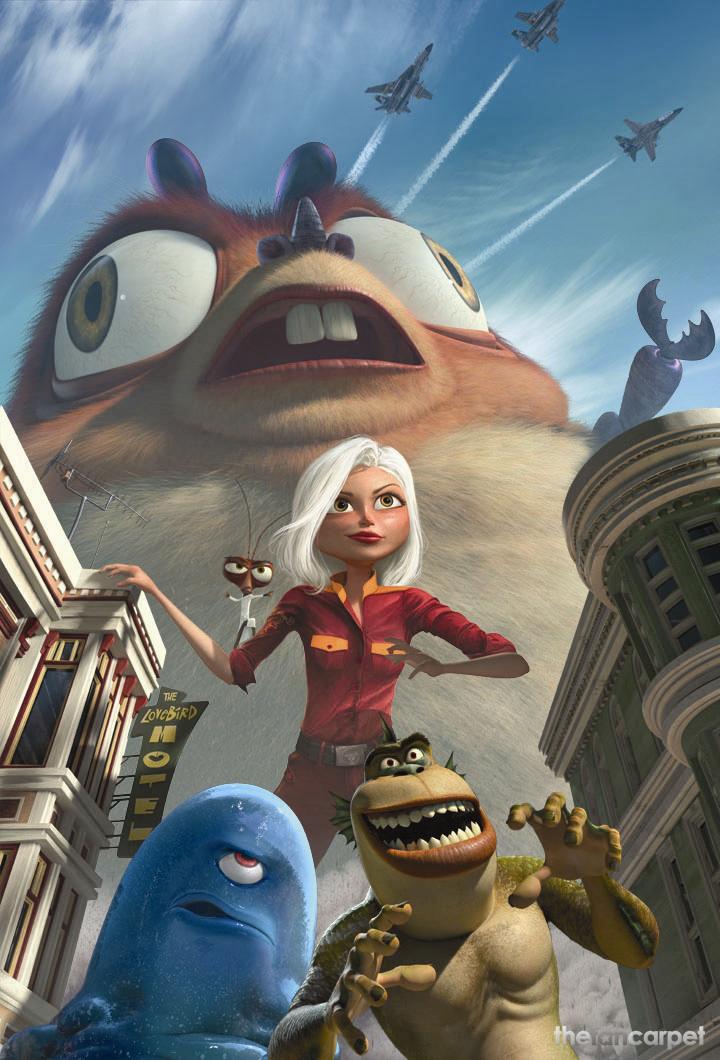 Monsters Vs Aliens follows the events of when a meteorite from outer space hits a California girl named Susan Murphy and makes her grow to 49-feet-11-inches tall, she is taken to a secret government compound in the Nevada Desert where she is locked away with a ragtag group of monsters which have also been rounded up over the years.

Their jail time is cut short by General W.R. Monger, who, on a desperate order from The President, springs the motley crew and calls them into action to combat an unstoppable alien force and save the world from imminent destruction! The cast of “Monsters vs. Aliens” includes: Oscar(r) winner Reese Witherspoon as Susan Murphy, a.k.a. Ginormica; Golden Globe winner Hugh Laurie (as Dr. Cockroach, Ph.D.;  Seth Rogen (“Knocked Up,” “Superbad”) as B.O.B; Golden Globe winner Kiefer Sutherland (TV’s “24,” “Phone Booth”) as General W.R. Monger; and Paul Rudd (“Knocked Up,” “Night at the Museum”) as Susan’s boyfriend, Derek.

In the 50s we were treated to B-movie delights such as Attack of the 50 Foot Woman, The Blob and The Creature from the Black Lagoon which developed and popularised the supernatural, alien invasion and a fear of the unknown. Dreamworks’ lates...