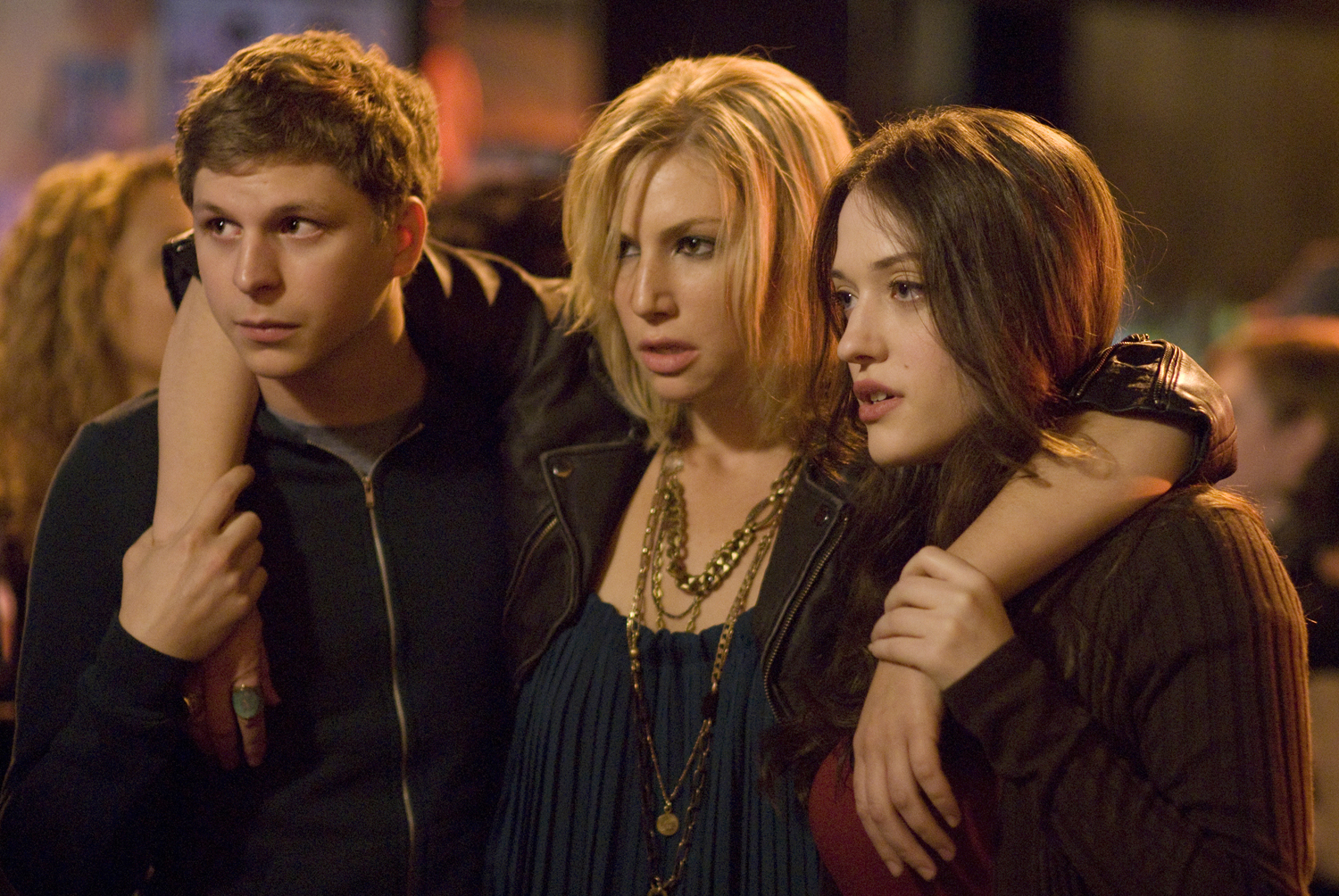 Nick and Norah’s Infinite Playlist is a comedy about two people thrust together for one hilarious, sleepless night of adventure in a world of mix tapes, late-night living, and, live, loud music. Nick (Michael Cera) frequents New York’s indie rock scene nursing a broken heart and a vague ability to play the bass. Norah (Kat Dennings) is questioning pretty much all of her assumptions about the world.

Though they have nothing in common, except for their taste in music, their chance encounter leads to an all-night quest to find a legendary band’s secret show and ends up becoming the first date in a romance that could change both their lives.