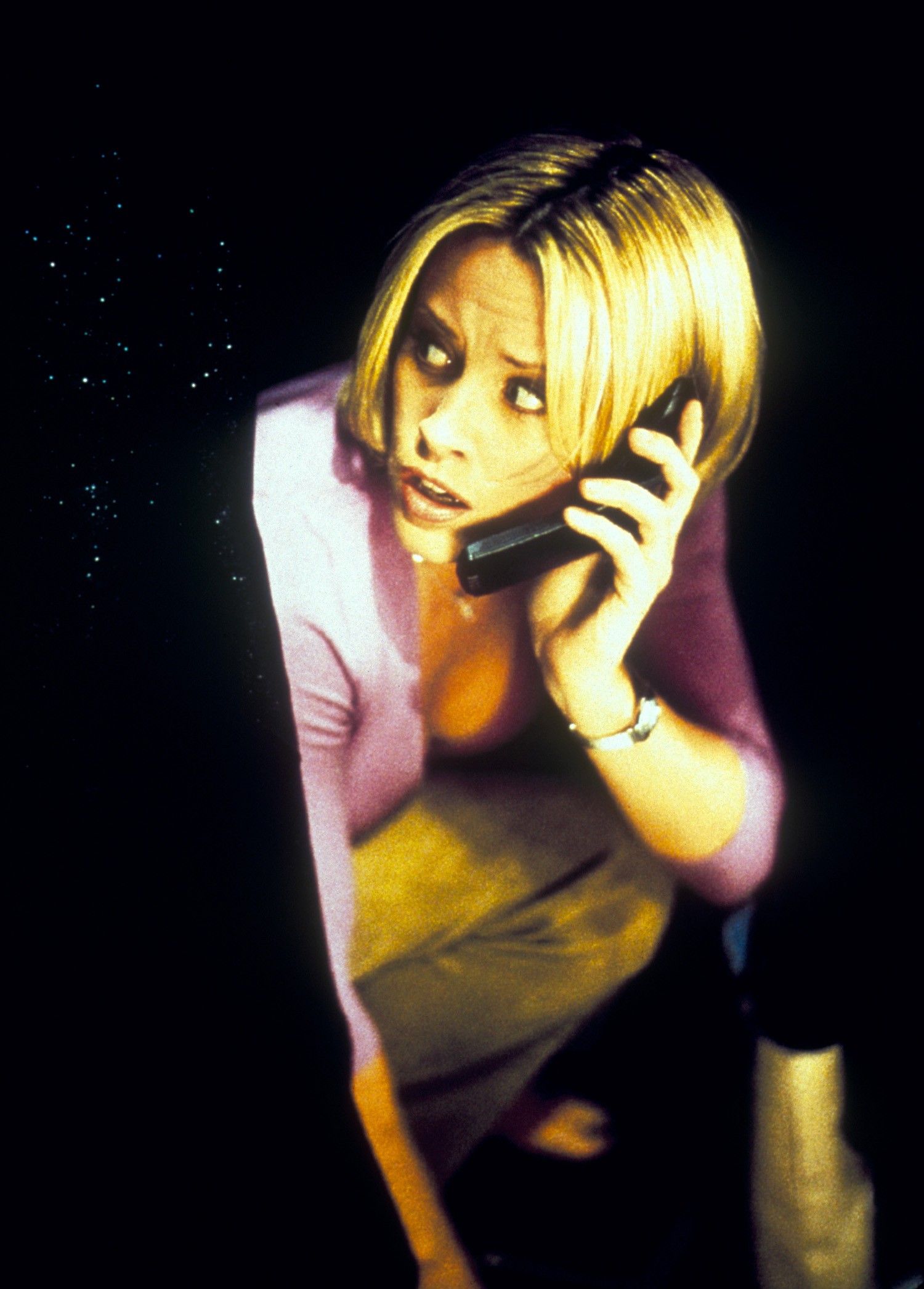 Wes Craven’s final installment of his highly successful SCREAM trilogy concludes with a fun, fast, and furious romp that cuts through B-movie cliches as readily as it does the warm flesh of its hip young cast. Sidney Prescott (Neve Campbell), Gale Weathers (Courteney Cox Arquette), and Dwight “Dewey” Riley (David Arquette) once again find themselves face to face with a masked psychopath who’s making deadly edits to the cast of STAB 3, the schlocky slasher film based upon Sidney’s own “real-life” horrors. Fueled by a snappy script, the third chapter packs a punch with a plenty of turn-on-a-dime plot twists and a high laugh-to-shriek ratio.