Son Of Rambow | The Fan Carpet 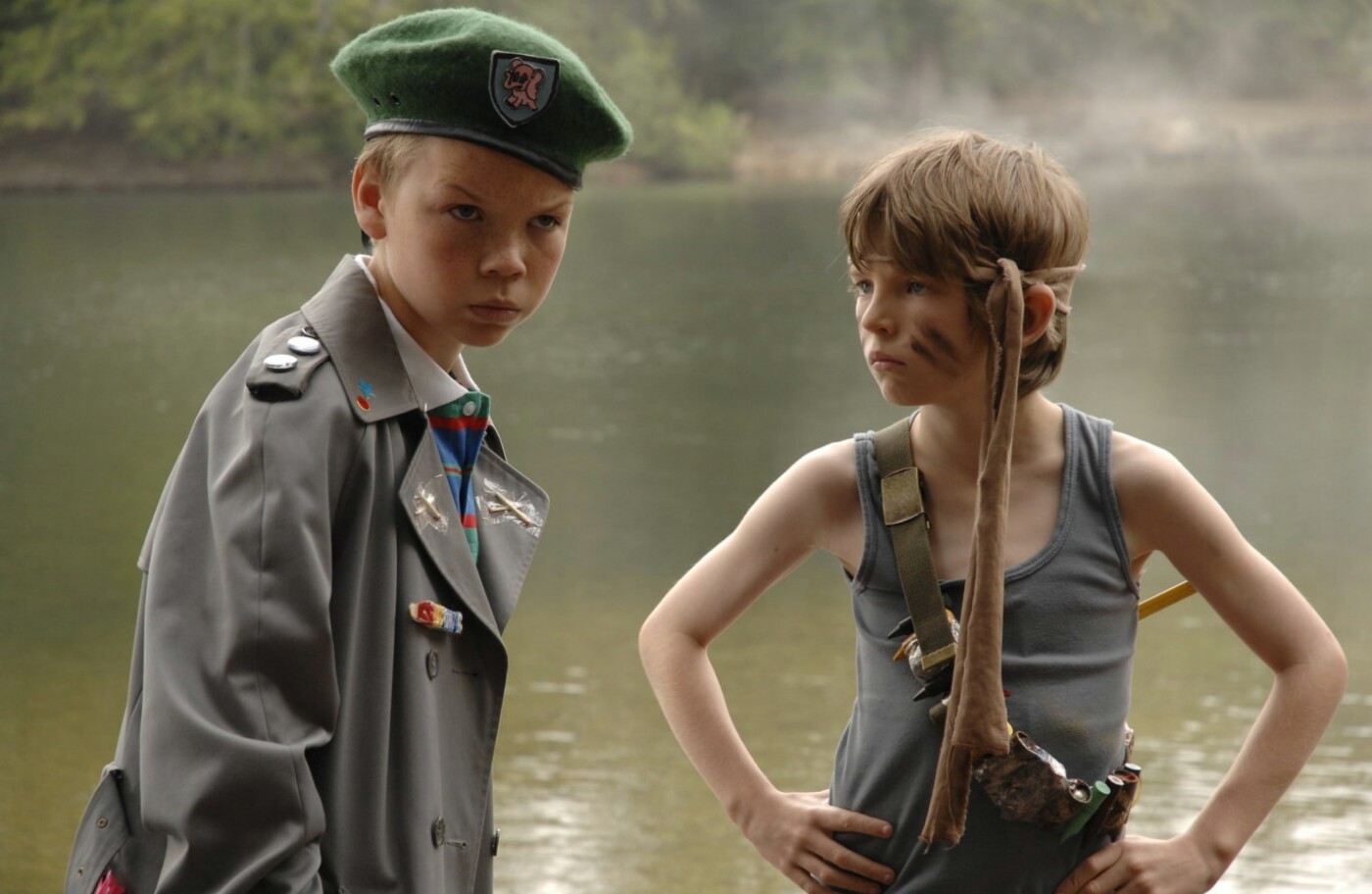 A long English summer in the early 80’s and two boys are about to form an unlikely friendship. Will Proudfoot has been brought up in a strictly religious household, forbidden to watch TV or listen to music. But after Lee Carter, the school trouble-maker, blows Will’s mind with a pirate copy of Rambo: First Blood, Will’s easily persuaded to act in Lee’s home-made movie sequel. Armed only with a camera – “borrowed” from Lee’s brother – and their limitless imagination, the pair plot stunt after stunt, dodging teachers and family all the way, as they do whatever it takes to finish their masterpiece in time to enter it in the national Screen Test competition.

Directed by Garth Jennings (Hitchhiker’s Guide to the Galaxy), SON OF RAMBOW is a heart-warming nostalgic comedy about two boys with a big video camera and even bigger ambitions.

There are lots of benefits to being a film critic. Free trips to the cinema. Free food and drink provided in an attempt to make you like the film. The smugness knowing you have seen films weeks before your friends. I'm fairly new to this, so none ...