The Drover’s Wife: The Legend Of Molly Johnson | The Fan Carpet

The Drover’s Wife: The Legend Of Molly Johnson 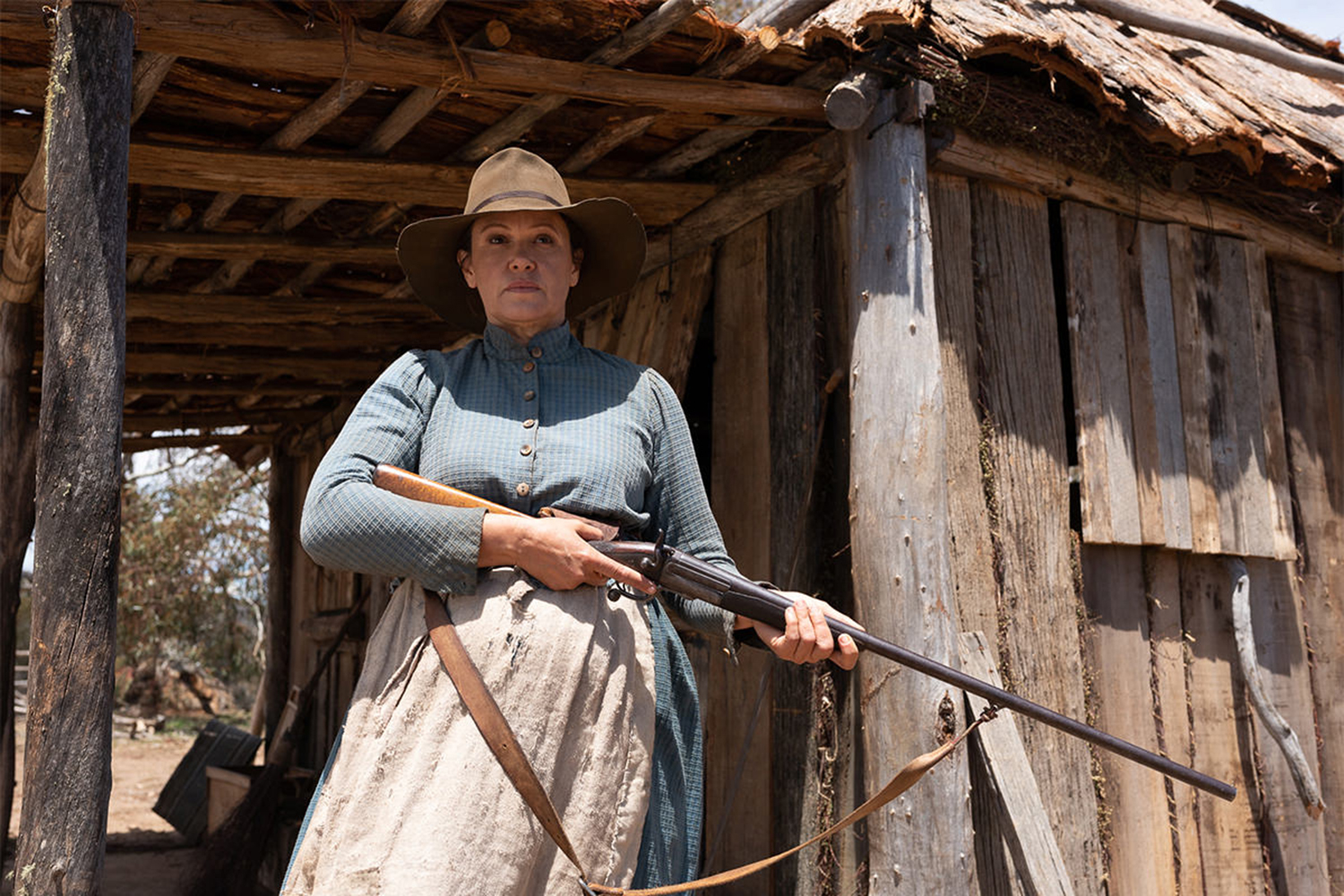 Set in 1893 on an isolated property in the Australian Alpine Country of the Snowy Mountains, a heavily pregnant Molly Johnson has a secret she must keep buried. While her drover husband is away, she and her children struggle to survive. Molly finds herself in a desperate situation and is confronted by a fugitive Aboriginal man, Yadaka, on her property. Unbeknownst to Molly, Yadaka is a wanted man who will bring undesired attention. When new town up-holder of law, Nate Clintoff, learns Molly’s drover husband is missing and sends a trooper out to her property to investigate, a chain of ruinous events is triggered.

The first Australian feature film with an Indigenous woman writing, directing and performing the lead role, The Drover’s Wife: The Legend of Molly Johnson brings a powerful female gaze to the (traditionally male) Western. Expressing what it means to be black, Purcell casts an eye on feminist, Indigenous and First Nation issues, through a narrative which has at its core a story of love, protection and the survival of family.

Bringing with it the mythology of generational Aboriginal storytelling, the film is inspired by Purcell’s personal stories and incorporates her own lived experience and those of her ancestors. A proud Goa-Gungarri-Wakka Wakka Murri woman from Queensland, Australia, Purcell is an internationally acclaimed playwright, screenwriter, director, novelist and actor and a cultural icon and activist. Her work stands at the forefront of the Black and Indigenous cultural renaissance and protest movement sweeping Australia and the world.

The Drover’s Wife: The Legend Of Molly Johnson(2022)

Set in the Australian outback in 1893, The Drover’s Wife is a cinematic telling of director and star Leah Purcell’s own play which puts a feminist spin on the western, a traditionally male dominated genre.

The Alpine country of the Sno...