The Pink Panther 2 | The Fan Carpet 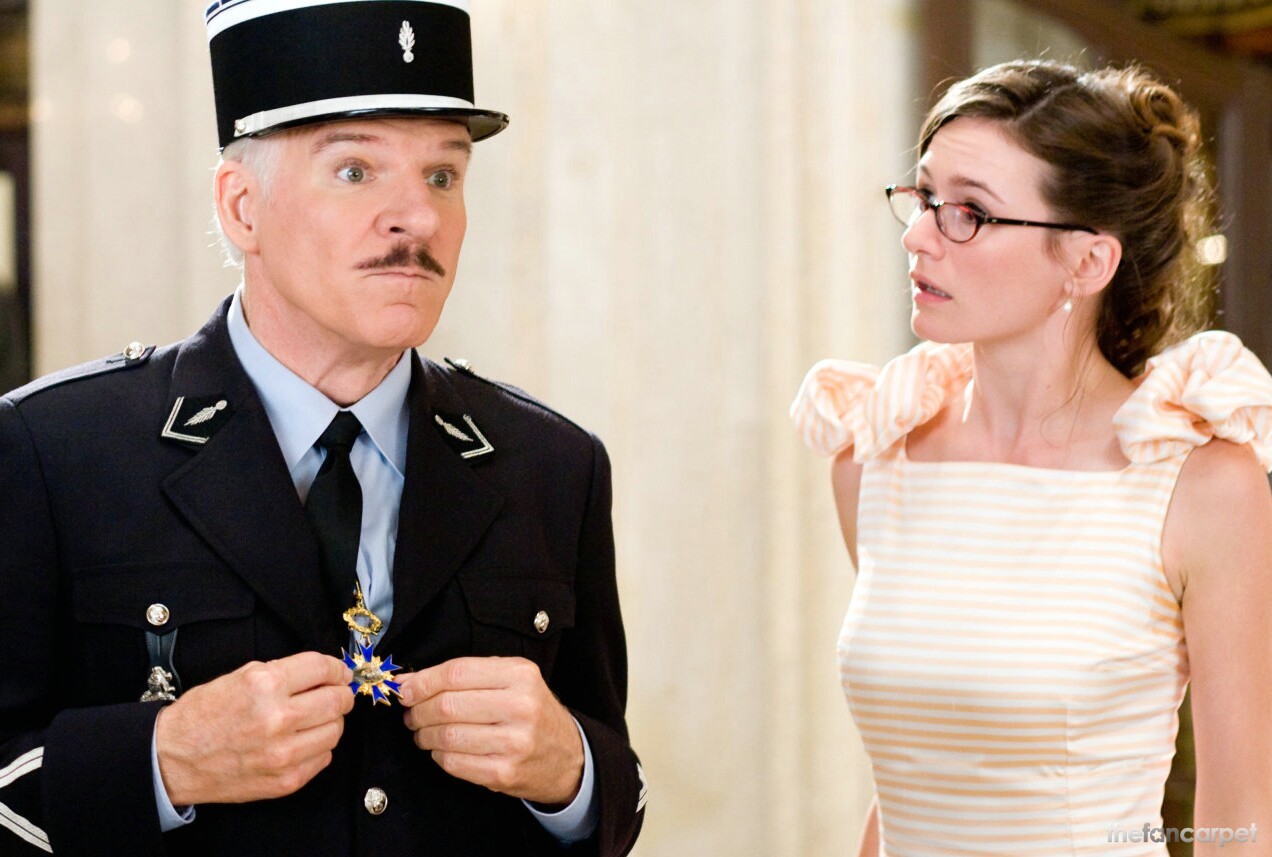 The Pink Panther 2, the sequel to the 2006 worldwide hit, stars Steve Martin as he reprises the role of intrepid-if-bumbling French police detective, Inspector Jacques Clouseau.  When legendary treasures from around the world are stolen, including the priceless Pink Panther Diamond, Chief Inspector Dreyfus (John Cleese) is forced to assign Clouseau to a team of international detectives and experts charged with catching the thief and retrieving the stolen artifacts.  Martin is joined by original co-stars Jean Reno (as Ponton, his partner) and Emily Mortimer (as Nicole, the object of his awkward affections).  The investigative dream team is played by Andy Garcia, Alfred Molina, Yuki Matsuzaki (Letters from Iwo Jima) and Bollywood star Aishwarya Rai Bachchan. The story is set in Paris and Rome.

Basically it's stupid and predictable with only a handful of laughs. This is your typical Pink Panther story but this time around Insp. Clouseau must team up with detectives from other countries to solve the case of the theft of several historical...