The Three Stooges | The Fan Carpet 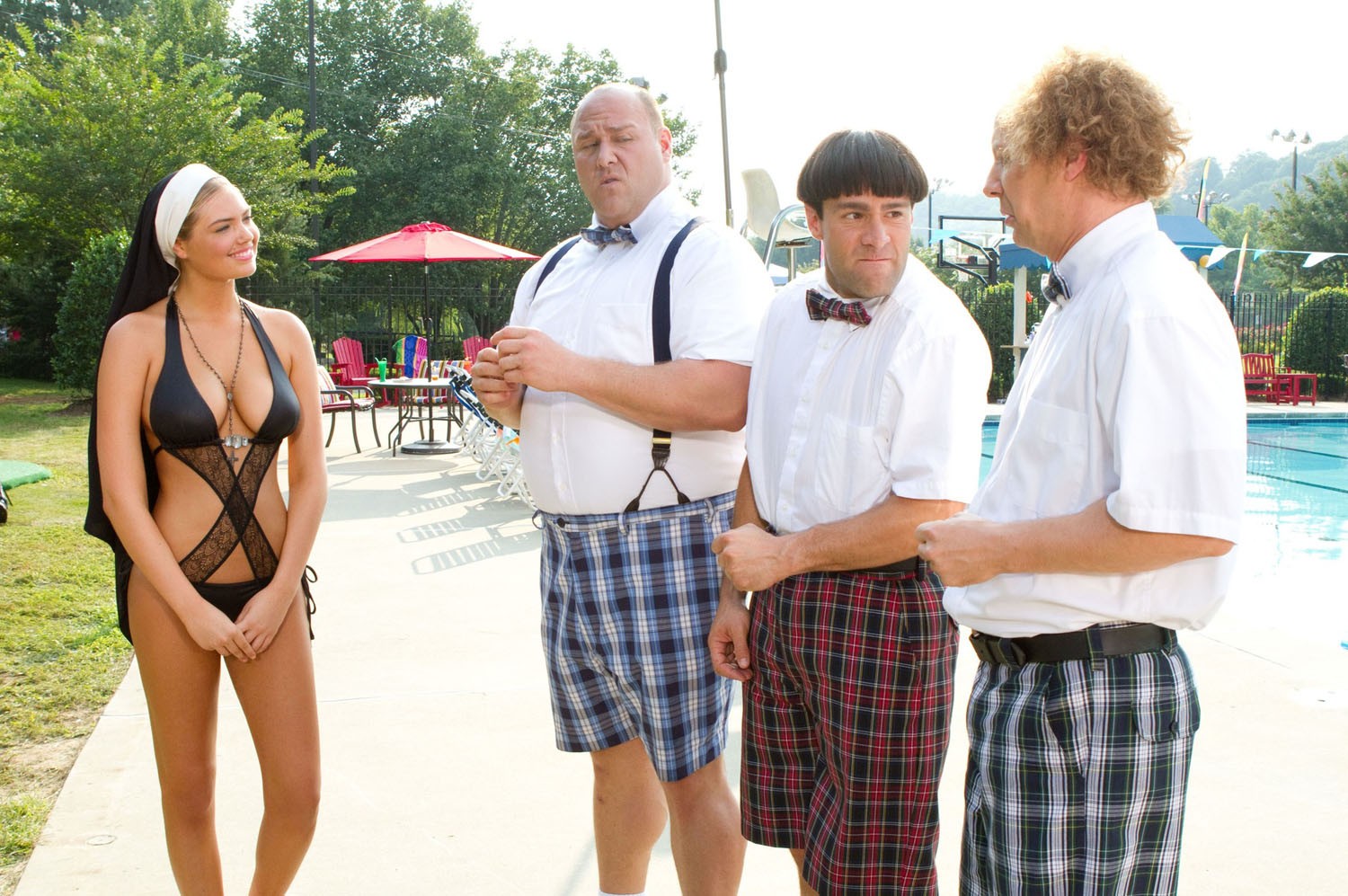 The Three Stooges. Left on a doorstep of an orphanage run by nuns, new-borns Larry, Curly and Moe waste no time finger-poking, nyuk-nyuking and woo-woo-wooing their way into trouble. Years later, and with the orphanage forced to close its doors, the three grown Stooges embark on a mission to save their former home.