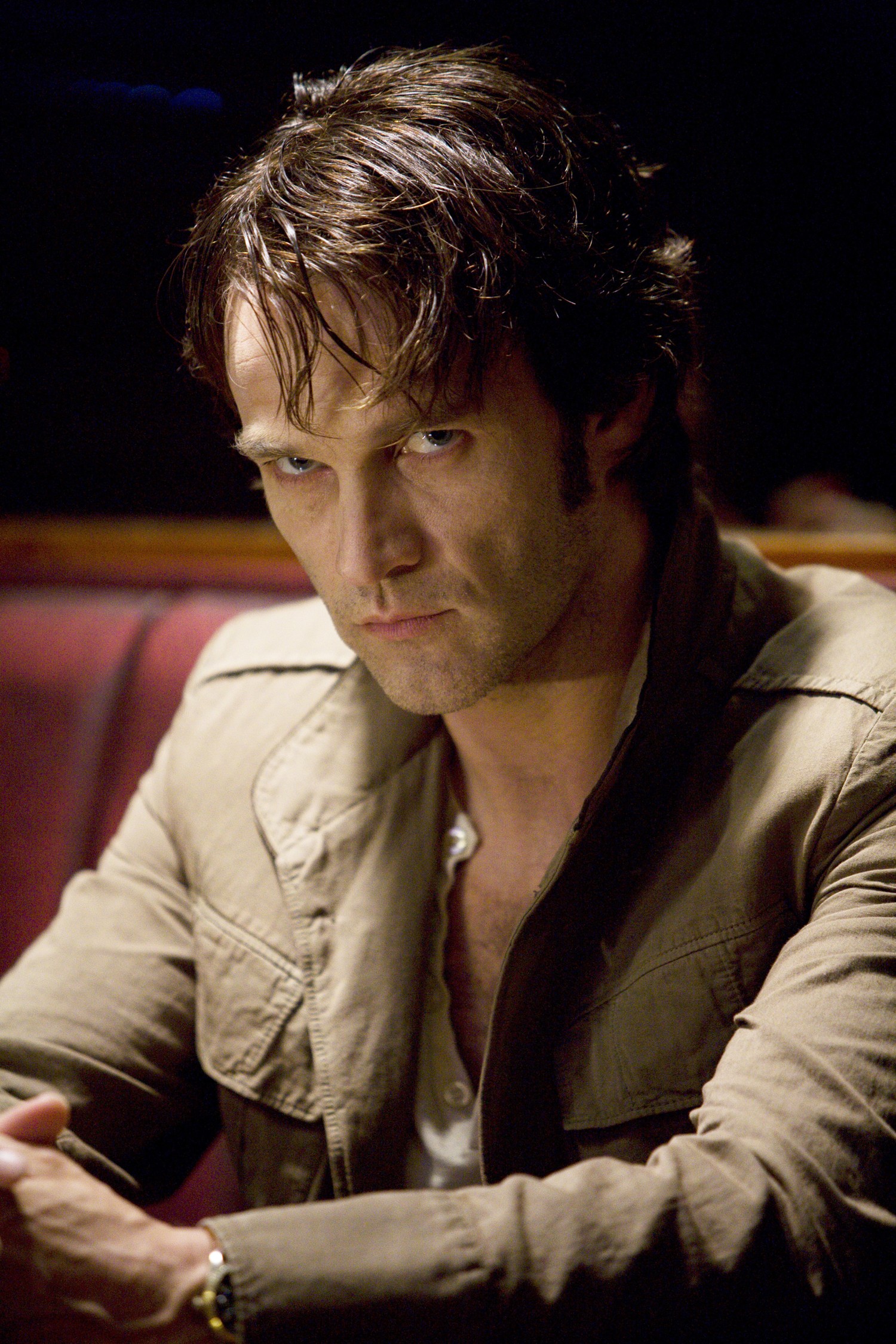 From the creator of Six Feet Under and the Academy Award® winning writer of American Beauty (Alan Ball) and featuring the sexy, eclectic cast of Academy Award® winning Anna Paquin (The Piano, X-Men), British actor Stephen Moyer (NY-LON), Alexander Skarsgard (Generation Kill) and Ryan Kwanten (Home and Away) TRUE BLOOD is the show that everyone is talking about.

A sensation in the US, winning a Golden Globe in its first season (Anna Paquin, Best Actress) True Blood has already made its (fang) marks on the flesh of British viewers pulling in huge viewers on FX and threatening to glamour even more when it makes its terrestrial debut on Channel 4 in October. Feeding our fascination for vampires, Alan Ball looks at a lascivious world occupied by the dead in the provocative setting of the deep American South.

Welcome to Bontemps. Thanks to a scientist’s invention of synthetic blood, vampires have progressed from legendary monsters to fellow citizens overnight. And while humans have been safely removed from the menu, many remain apprehensive about these creatures “coming out of the coffin.” Religious leaders and government officials around the world have chosen their sides, but in the small Louisiana town of Bon Temps, the jury is still out. Local waitress Sookie Stackhouse (Anna Paquin), however, knows how it feels to be an outcast. “Cursed” with the ability to listen in on people’s thoughts, she’s also open-minded about the integration of vampires — particularly when it comes to Bill Compton (Stephen Moyer), a handsome 173-year-old living up the road. But as Sookie is drawn into a series of mysteries surrounding Bill’s arrival in Bon Temps, that tolerance will be put to the test.