We're the Millers | The Fan Carpet 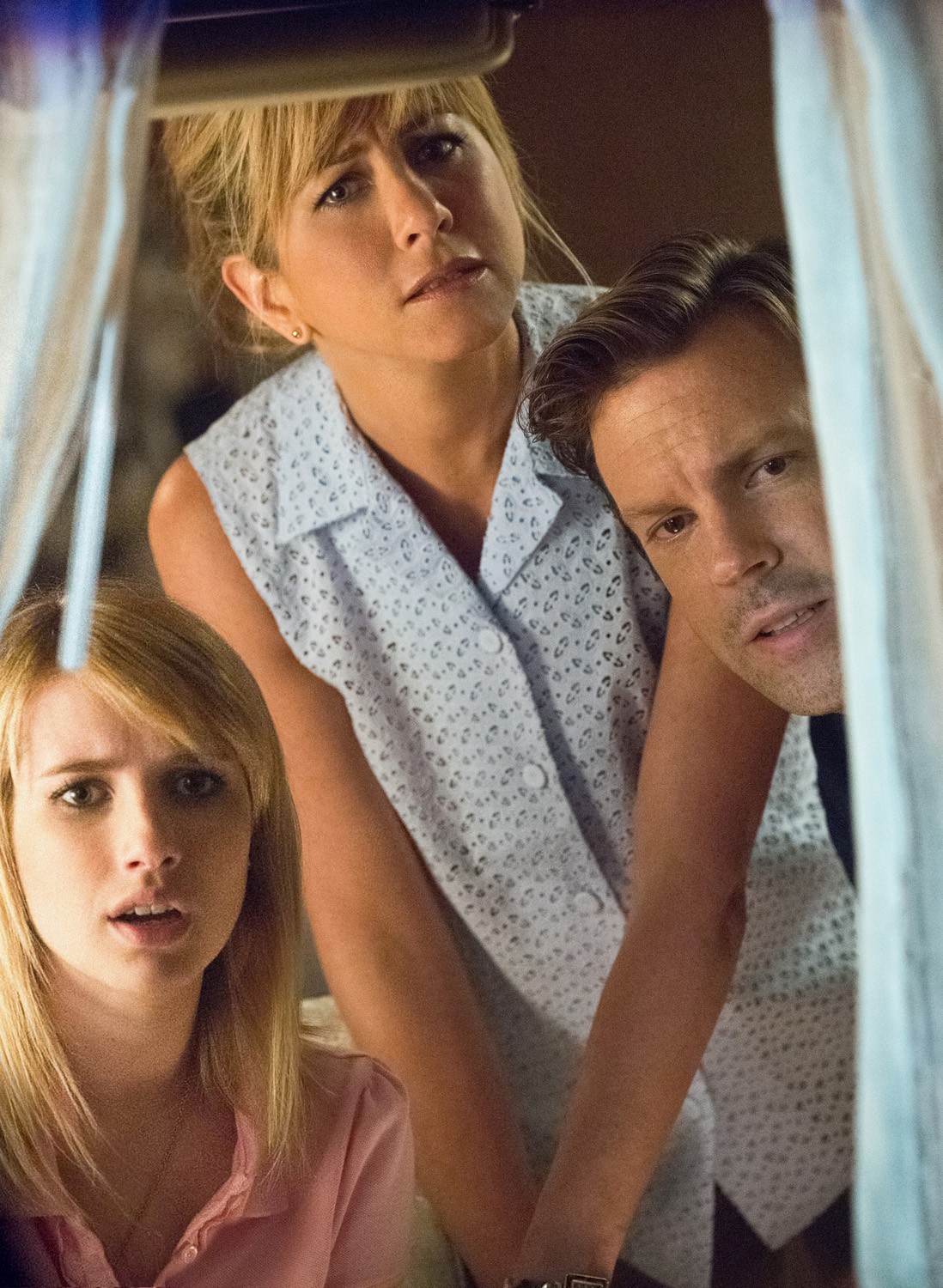 We’re The Millers. David is a small-time pot dealer whose clientele includes chefs and soccer moms, but no kids—after all, he has his scruples.  So what could go wrong?  Plenty.  Having been jumped by a trio of gutter punks who steal his stash and his cash, they leave him in major debt to a drug lord. In order to wipe the slate clean, David must now become a big-time drug smuggler by bringing Brad’s latest shipment in from Mexico.  Twisting the arms of his neighbours including a cynical stripper, a wannabe customer and a tatted-and-pierced streetwise teen, he devises a fool proof plan.  One fake wife, two pretend kids and a huge, shiny campervan later, the “Millers” are on a roadtrip that is sure to end with a bang.